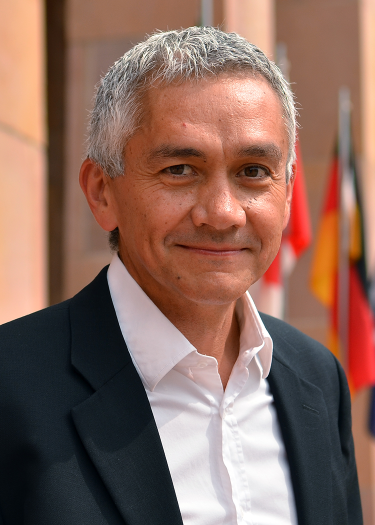 Media One Professor of Management and Science
Strategy, Entrepreneurship and Operations
laguna@colorado.edu
303.492.6368

Manuel Laguna is the Media One Professor of Management Science at the Leeds School of Business of the University of Colorado Boulder. He started his career at the University of Colorado in 1990, after receiving master’s (1987) and doctoral (1990) degrees in Operations Research and Industrial Engineering from the University of Texas at Austin. He has done extensive research in the interface between computer science, artificial intelligence and operations research to develop solution methods for practical problems in operations-management areas such as logistics and supply chains, telecommunications, decision-making under uncertainty and optimization of simulated systems.

Dr. Laguna has received research funding from private industry and government agencies such as the National Science Foundation, Office of Naval Research and the Environmental Protection Agency. He is member of the Institute for Operations Research and the Management Science and was the general chair of the Institute’s national meeting in 2004. He is also a member of Beta Gamma Sigma and the International Honor Society Omega Rho.

Dr. Laguna is co-founder of OptTek Systems, a Boulder-based software and consulting company that provides optimization solutions. OptTek’s software is licensed to over 90,000 users, and its underlying methodology has been developed through a series of grants from the U.S. National Science Foundation and the U.S. National Institute of Health, as well as several other major sources of awards.