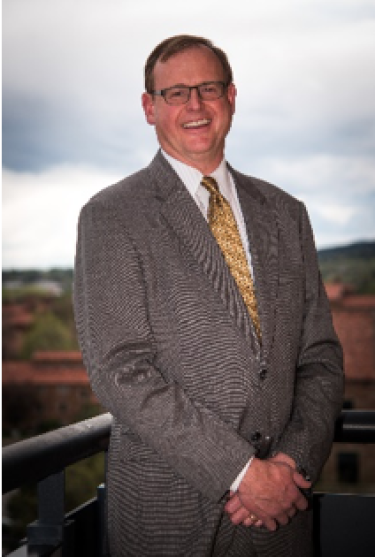 Dr. David L. Ikenberry is an accomplished academic leader. He holds a B.S. degree from the Pennsylvania State University (1983), an M.M. from the Kellogg Graduate School of Management, Northwestern University (1985), and a Ph.D. from the University of Illinois (1990). Dr. Ikenberry started as an Assistant Professor at the Jones Graduate School of Management at Rice University. In 2002, he returned to the University of Illinois at Urbana-Champaign, serving as Chair of the Finance Department. In 2006, he was appointed Associate Dean of Executive Programs. From 2011 to 2016, Ikenberry served as Dean of the Leeds School of Business at the University of Colorado Boulder. The School engaged in comprehensive, strategic change during this time. Some of the School’s accomplishments include an overhaul of the undergraduate curriculum, the launching of an innovative, large-scale business minor, the formation of four new one-year MS degree programs and the opening the School’s Evening MBA program in south Denver. Faculty research rankings rose dramatically, as did alumni engagement, student services and development. Student quality and success rose dramatically during his administration and the diversity of the undergraduate student body nearly doubled. Philanthropy to the Leeds grew over 400% to more than $16M annually.

As a scholar, Ikenberry’s interests cover empirical topics in both investment and corporate finance; he is published in all of the top journals in his profession. He was an early pioneer among researchers examining long-horizon stock returns, particularly returns subsequent to major corporate news events. Much of his work relates to behavioral finance and the extent to which news is incorporated into market prices. His most noted work has studied open market stock repurchase programs. He is often looked to as an expert in this area, as well as the larger context of dividends and corporate payout policy.

He is also an accomplished educator. While at Rice, he was awarded the business school’s most valued award for teaching in 1996 and 1999. In 1997 and again in 2002, BusinessWeek magazine named him among the best instructors in the U.S. At Illinois, he was awarded Teacher of the Year for the Executive MBA Program in spring 2009.

He frequently speaks to academic, government, corporate officers and the broader investment communities. His research is often mentioned in the popular press and has appeared on numerous radio and television programs. In addition to advising corporations and investment firms on financial matters, he has served on the Boards of First Busey Corporation (NASDAQ:BUSE) and of Carle Foundation Hospital. He lives in Boulder, Colorado and is married to Nancy Ikenberry (from Palatine, Illinois); they have two children.