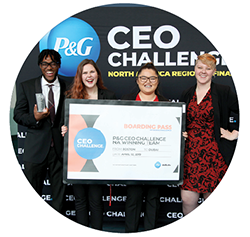 In fall 2018, four CU students came across the opportunity to compete in Proctor and Gamble’s CEO Challenge, a competition that tests college students’ aptitude for business strategy and problem-solving.

The challenge consisted of local, regional and global competitions over the course of several months. From October 2018 to April 2019, Allison Burt (’21, Marketing & Information Analytics), Grant Chestnut (’19, Advertising), Kira Amels (’19, Talent Management and Entrepreneurship) and Molly Maceachen (’20, Leadership & Sociology) competed their way from Boulder to Dubai, UAE, against top undergraduate and graduate teams from around the world.

Round One. The teams were challenged to review Gillette data and provide their suggestions on how to improve sales and strategy. To their surprise, they won! “We didn’t go in expecting to win—far from it,” said Burt. “But that allowed us to focus on the integrity of our presentation rather than winning.”

Round Two. The team’s analytic prowess catapulted them into the second phase at the end of January. They had two short weeks to film, edit and deliver a compelling 60-second video about why they deserved to move on to the regional competition. The teams that advanced were judged on their ability to attract the most views of their video on Facebook. The CU team came out on top with more than 40,000 views.

Round Three. CU headed to Boston to compete against four top teams from MIT, Duke, Georgia Tech, and HEC Montreal in a 48-hour case competition based on Gillette data. In front of a panel of eight P&G executives, the CU students prevailed as the top team in North America. Burt felt confident before the competition: “It’s not about what school you go to; it’s about how you apply yourself,” she says. They did it; they were headed to Dubai, UAE, for the final round of the P&G Challenge.

Round Four. The culmination of months of hard work and determination and the opportunity to travel to Dubai was a victory itself. CU faced MBA and undergraduate teams from China, Germany, India, Singapore and Venezuela. The final challenge: use a virtual business simulator to make real-world decisions from the perspective of a CEO.

In the end, CU did not win the global competition, but the team was in the top 0.07% out of 30,000 initial competitors and finished 5th in the world. More importantly, these four bright students fought with integrity and heart as they represented Leeds, CU Boulder and the USA, while learning an immense amount about business—and themselves—along the way. 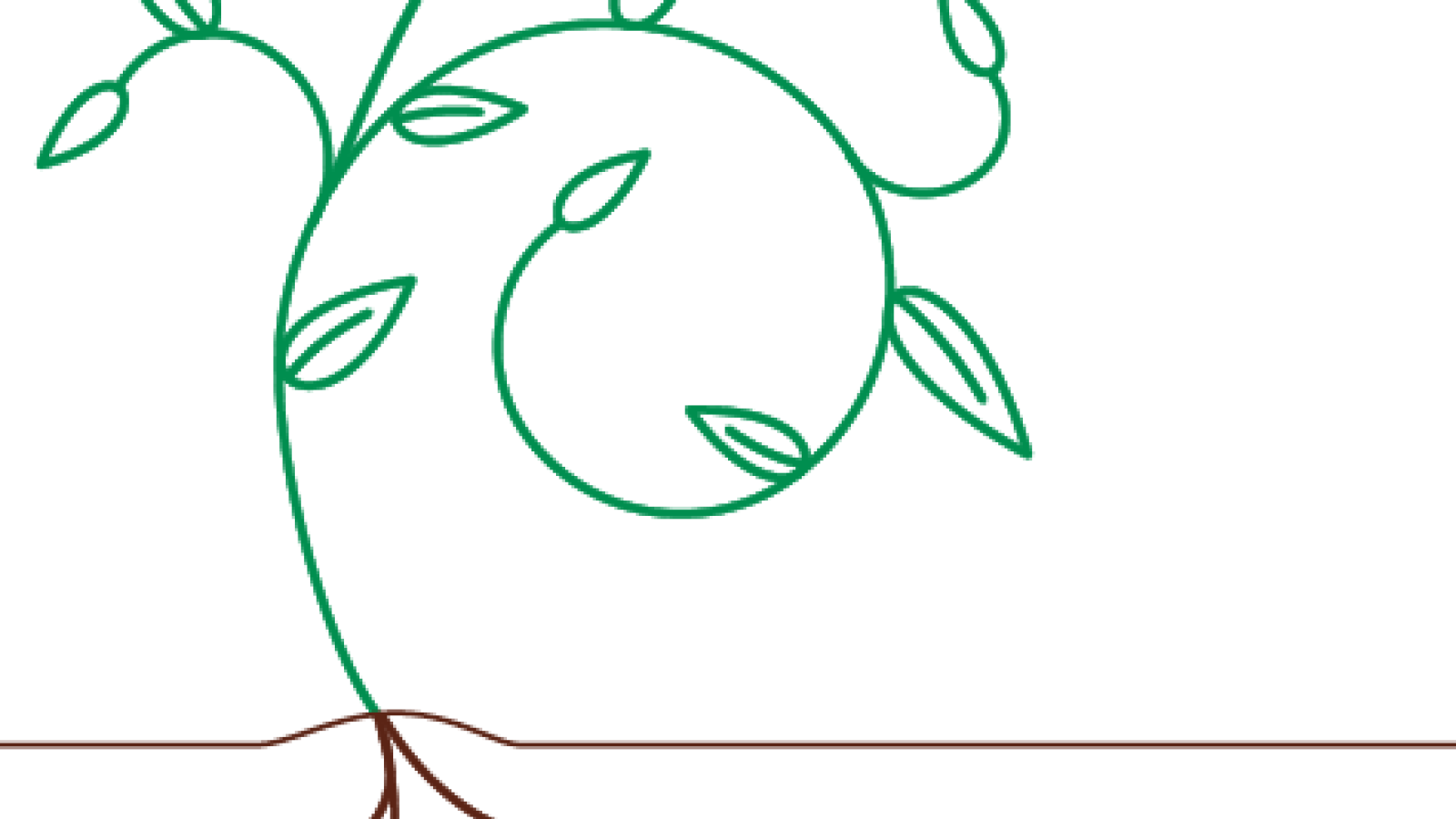 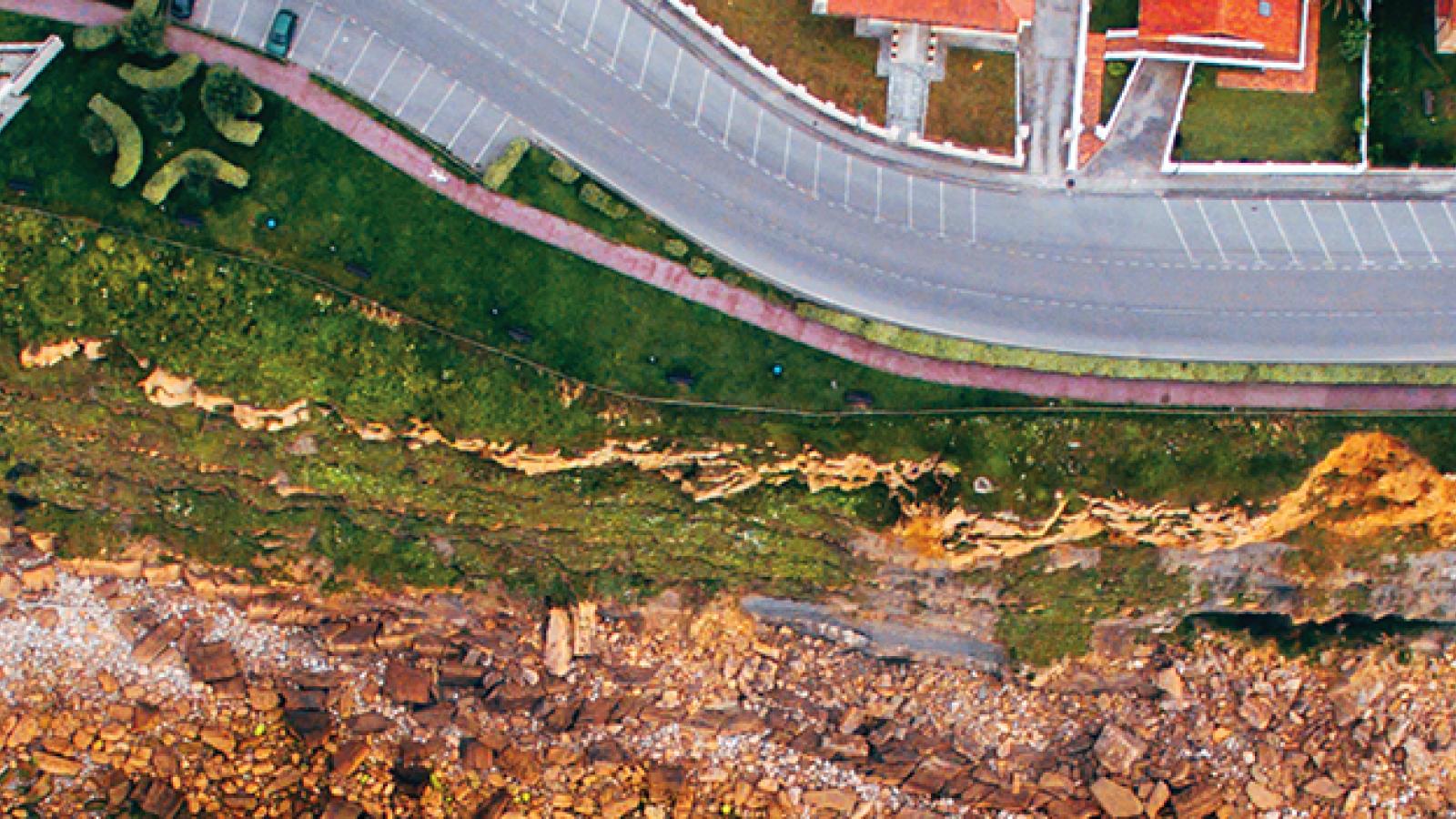 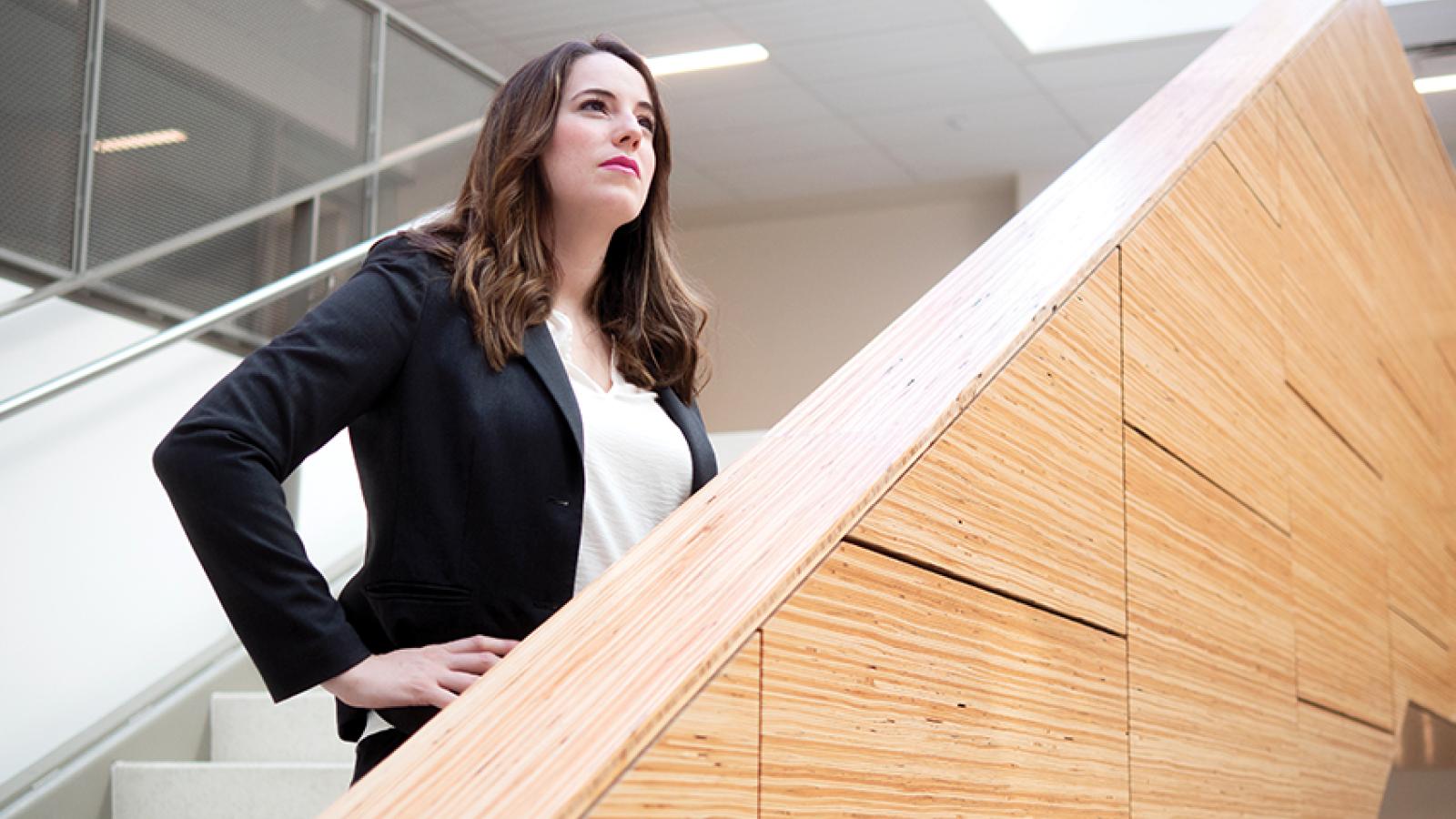 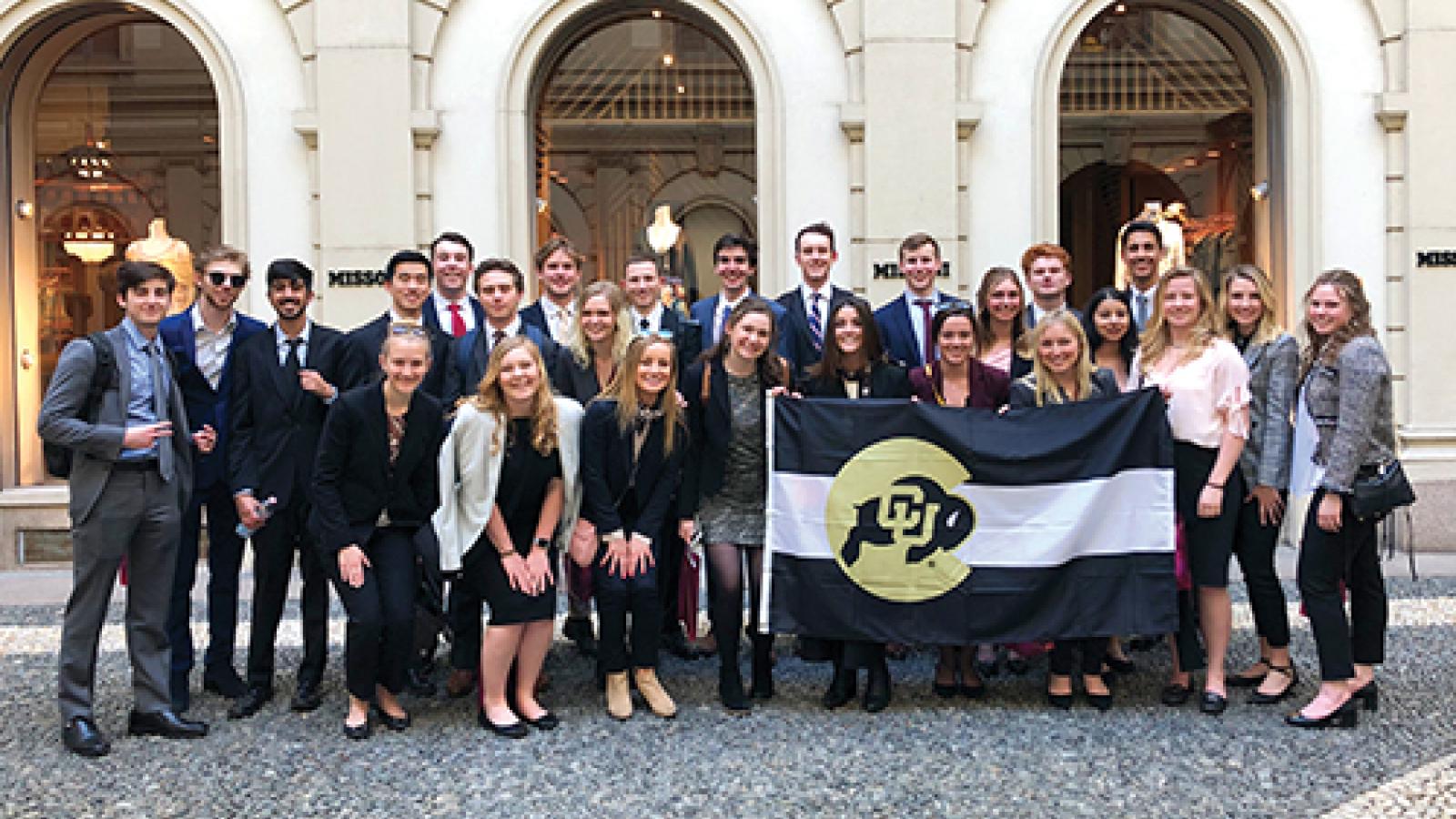 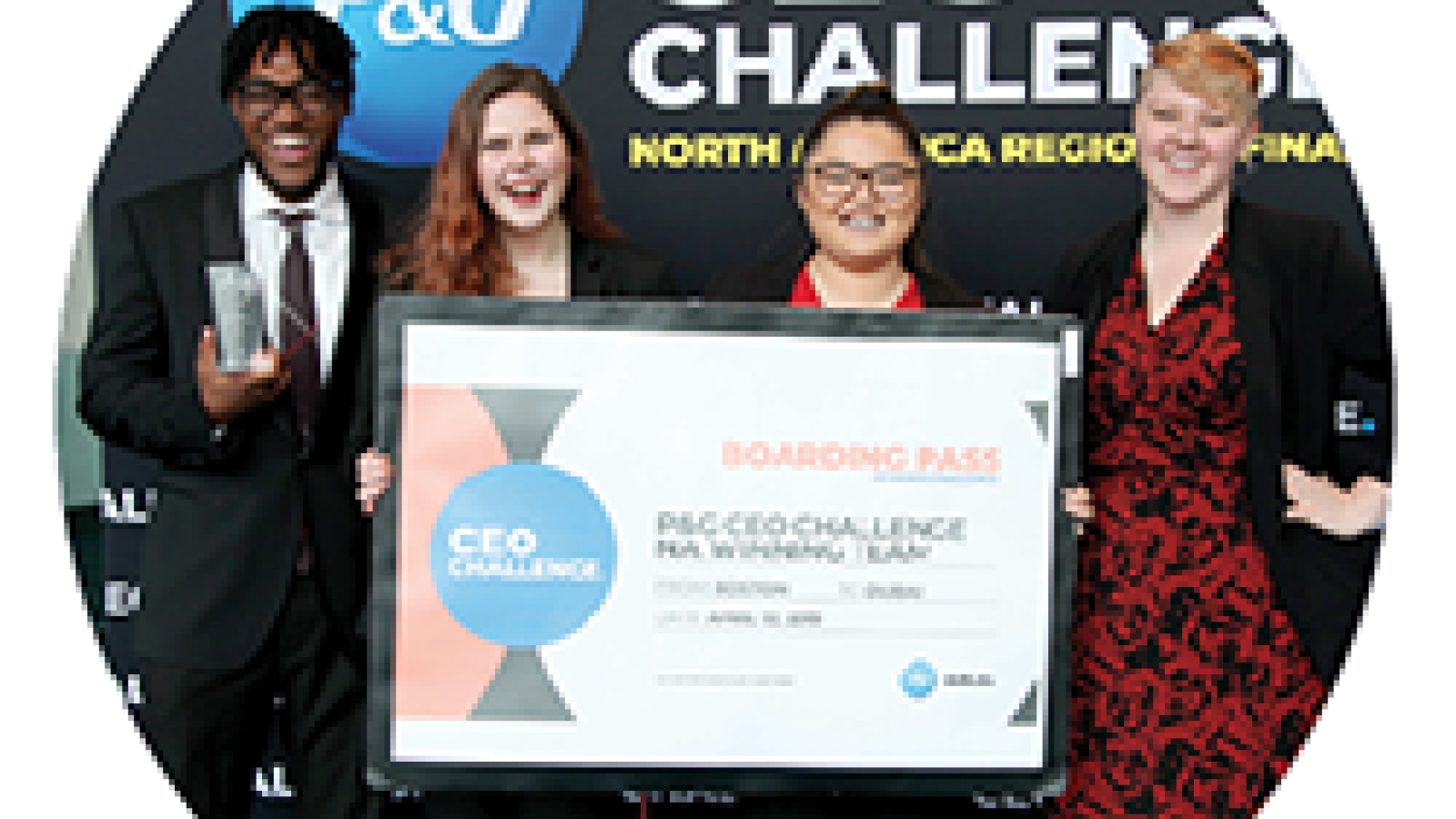