Over the past decade, unprecedented population growth combined with housing supply barriers have created an affordability and attainability housing crisis in Metro Denver and across the country. To discuss this issue, the CU Real Estate Center brought together top industry experts for a panel on affordable housing during its 24th Annual Real Estate Forum this spring.

Kicking off the discussion, Dr. Timothy McQuade explained the impact that the housing crisis has on other industries and our overall economy.

Various dynamics over the past few decades have led to the current nationwide housing crisis, including a sharp divergence in renter incomes and renter expenses, and a significant decline in low-rent stock since 2011—approximately four million units, according to the Harvard Joint Center for Housing Studies. While several policies currently exist to promote affordable housing development, affordability issues continue to persist and grow.

Remarking on why supply alone will not solve the housing issue, Denver City Councilmember Robin Kniech explained how, while Denver has built 62,000 new luxury-priced apartments over the past two decades, the city simultaneously lost 28,000 apartments for individuals earning an income between $50–75K.

“Housing is not a widget—it is a segmented market,” said Kniech. “So the person who buys a $3,000 per month rental is not competing with someone who buys a $600 per month income-restricted apartment. There are different segments of the market.”

While supply is a significant component of the affordable housing framework, Kniech explained that additional areas of a comprehensive housing strategy include: building or preserving price-restricted housing; promoting stability to keep residents in their current homes; and expanding access to existing homes.

Public policies that do not necessarily require public resources—such as rent stabilization or rent control, which is not currently legal in Colorado—could help combat the affordable housing crisis. Additionally, when housing and transportation are jointly considered it creates an amplified positive impact. Affordable housing near transit provides guaranteed ridership and revenue, so pairing these two together can result in better affordability for families and a stronger transit system.

By educating those entering into the real estate workforce on the social, economic and infrastructure impacts that a spectrum of affordable housing provides to communities, Kimball Crangle noted that we can attract more affordable housing developers to the market.

Crangle also remarked on the challenges that NIMBYism (Not In My Backyard) has presented from a development standpoint, as well as on the advancements that affordable housing developers have been able to make as more areas are changing their tune on the issue. In terms of affordable housing, NIMBYism is when residents of a neighborhood express opposition to a new development and deem a project as undesirable or inappropriate for their local area.

“It’s our job as community leaders, as developers and as community members to be able to recognize that when it’s happening, whether it’s racism or classism…it’s our job to be participating in an ecosystem at the community level that is inclusive,” said Crangle. “Without that, we know that community just does not work.”

Watch the panel discussion and other highlights from the 24th Annual Real Estate Forum here.

Inaugural Tom Thibodeau award presented at special event honoring students in real estate. Left to right: Maxwell Mashaal, Nicholas Macray and Julia Perry As the summer winds down and we look ahead to a new fall semester, we’d be remiss if we didn’t take one last look back to spring...

END_OF_DOCUMENT_TOKEN_TO_BE_REPLACED 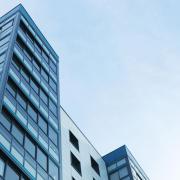 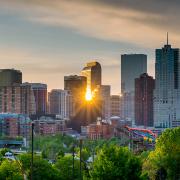 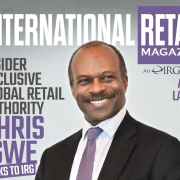 Changing the World Through Real Estate 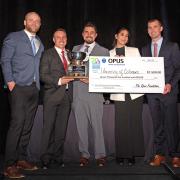