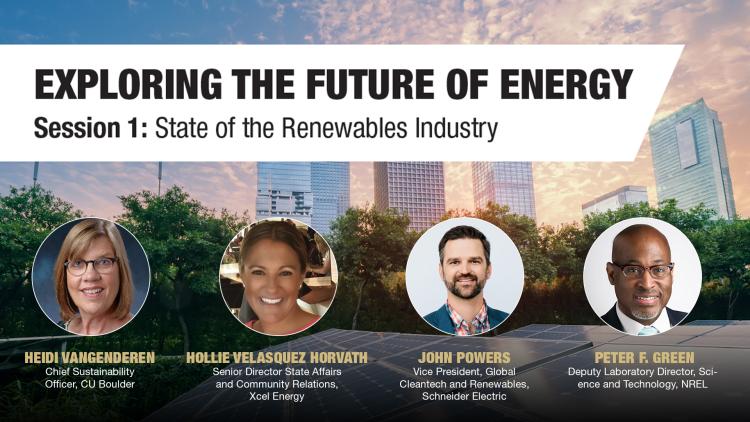 This past week CESR launched a new series, Exploring the Future of Energy, which has been developed in partnership with the National Renewable Energy Laboratory (NREL), and Schneider Electric. The first event, The State of the Renewables Industry, was anchored by Heidi VanGenderen, CU Boulder’s Chief Sustainability Officer. Panelists provided context for where we are today with renewable energy generation and use, and then explored the potential for future adoption of green energy and the technical, political and regulatory challenges that stand between us and a 100% renewable energy economy.

Panelists set the stage by explaining how their work - a government research laboratory, a private sector company, and a utility - fits into the clean energy transition. Peter Green, deputy laboratory director of NREL for Science and Technology, pointed out that population is expected to grow 20% and energy consumption to grow by 40% over the next 20 years without any new interventions. He argued that we have to produce a lot more renewable energy to meet demand, but that we also need new policies to support restructuring the energy grid. Peter sees the grid of the future as a distributed system with a range of inputs and off-takers, and lots of different devices and points of control. The power system of the future will need to optimize energy from lots of devices and storage locations. The foundations for this are being laid now but need time to mature.

John Powers, who leads the global renewable energy consulting practice at Schneider Electric, addressed the role of corporations in the energy transition. His partners are companies that need to adopt more energy efficient strategies, and sometimes want to set carbon neutral or carbon negative targets that exceed government requirements. One trend John pointed out is the aggregation of smaller corporations that band together to adopt renewable energy in a cost effective way. He also noted that commitments to renewable energy are even outpacing the availability of that energy. Companies are signing long term agreements which are necessary to allow new projects to get built. That in turn is creating demand for renewable energy globally.

Hollie Velasquez Horvath, Senior Director State Affairs and Community Relations at Xcel Energy, talked about how her company has been pushed ahead in the past by regulation. Today, customers are pushing and Xcel is working to provide energy solutions that meet their goals so they can continue to be their energy provider for the long term. Xcel is seeing the cost of renewable energy come down, and that has allowed them to integrate more and more of it into their grid. Hollie also made the point that Xcel’s commitment to a 100% renewable energy plan for Boulder by 2050 is a goal that has set the bar really high and it is not yet technically achievable. It will require innovation and problem solving from many quarters to be successful. She believes that we will need yet-to-be-developed technologies and called on today’s Leeds School of Business students to join the renewable energy industry and help make this vision a reality.

One question that the panelists discussed was the role of energy efficiency in a carbon neutral economy. Hollie pointed out that over the past several years Xcel sales have remained steady while their customer base has grown. This means customers are using less energy. She noted that Xcel has an opportunity to update its definition of what energy efficiency means and help customers use even less by, for example, including incentives that will level off peak times. Peter mentioned that NREL is working on efficiency at an industrial scale with over 900 partnerships around the world that focus on a wide range of projects including carbon capture, converting CO2 to other chemicals, optimizing performance of wind farms and new software developments, among others.

Another question referred back to a comment Peter made in his opening remarks about the growth of EVs, and asked where that energy would come from? Peter believes that we are simply going to have to generate more renewable energy and will see more and larger production facilities. John noted that a mile driven in an EV is already cleaner than what it is replacing, and while the energy grid is not perfect, it will be easier to move the grid toward a greater amount of renewables than it will be to get gas to be carbon free. Every little step helps, he said.

Heidi also asked the panelists to address whether they believe we can get to a 100% renewable economy. All of the panelists agreed that we are a long way - but it is the right goal. They believe that while the economic and technological advances that are required to get us there may seem fanciful today, that is only because they haven’t been invented yet. The challenges panelists outlined include solving the problem of a reliable, cost effective energy generation and storage system at the scale of a utility, the right policies and large-scale cooperation. John noted that although it will take continuous innovation to get from where we are now at about 7% renewables to even a target of 20%, we should not let the challenges slow us down from getting there as fast as possible.

The panel ended with a call by all participants for students who are interested in our sustainable energy future to join the industry and put their talents and passion to use in helping us achieve a renewable energy future. 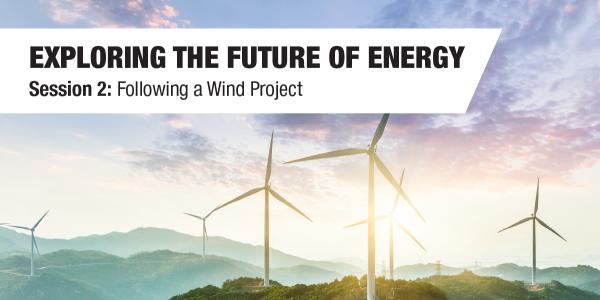 Exploring the Future of Energy: Following a Wind Project

Follow a sustainable energy project through the complex process required to bring it online. This discussion will look at the dynamic considerations of financing, policy and regulation, site selection, community impacts and environmental justice, supply chain realities, project development and corporate off-takers. 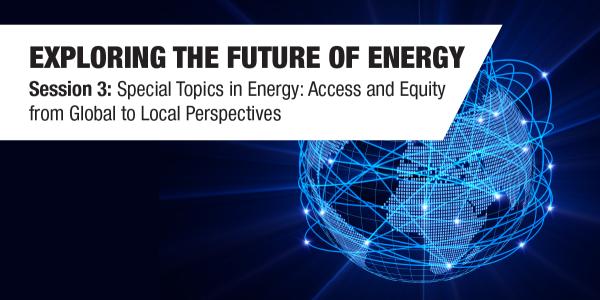 Energy is a basic need but not everyone has equal access to reliable, clean or affordable energy products. Join us to discuss how companies and communities are partnering to make energy more accessible, sustainable and cost effective.

Get Connected with CESR