The End the Gap Initiative, launched in February 2017, aims to create gender parity across all CU business programs by the year 2020. The initiative is designed to encourage more women to pursue undergraduate and graduate business degrees. The campaign works to shift the conversation around gender in the business field – closing the gap in business education and ultimately in the C-suite.

Why Does Gender Parity Matter? 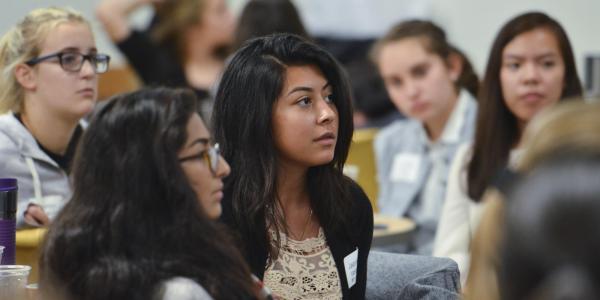 Women in Business Leadership Day: This full-day program provides high school women with the exclusive opportunity to interact with and learn from accomplished female faculty, staff, and corporate executives while engaging in hands-on activities to explore career paths in business. 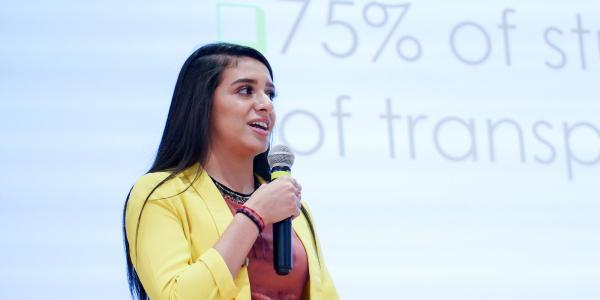 Women in Business Case Competition: We invite interested students to bring their knowledge, skills, and creativity to compete in a two-day case competition with women high school students from across Colorado for the opportunity to win a scholarship to the Leeds School of Business. 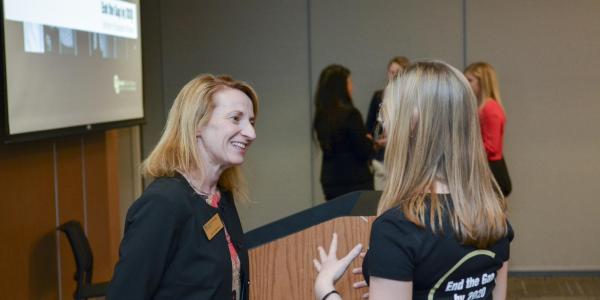 The New Face of Business: An event for admitted women to meet the Dean, members of the Leeds Board and Women’s Council, Leeds women faculty, staff and students for an evening networking reception to connect with business leaders. Invite Only. 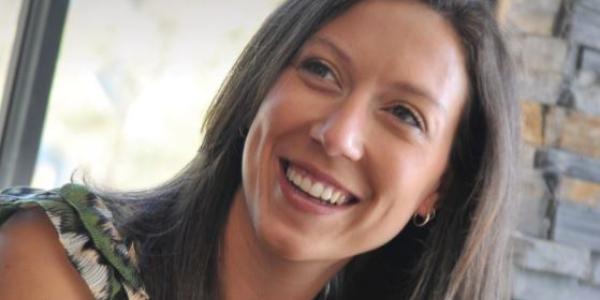 End the Gap 2020 Recruitment Event for Women: We encourage you to join us for the opportunity to engage and network with Leeds Women’s Council members, alumni, faculty and staff - and hear first-hand why MBA and MS students chose Leeds for their graduate degrees. Sign up for an upcoming event. 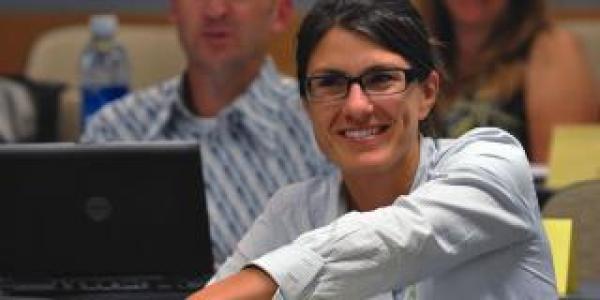 Women in Business Club (MBA):  Student-run organization that works to build an inclusive community that supports and enables women by fostering a network and furthering gender equality. The Women in Business Club offeres a variety of opportunities for graduate women, including professional development events and mentorship programs.

Women in the Workplace 2017

Women in the Workplace is an ongoing, comprehensive study conducted annually by McKinsey and Company and LeanIn.Org. The study examines the state of women in corporate America, gathering information about the talent pipeline, company policies, and employee experiences to develop recommendations for how companies can get closer to gender equality.

Key Findings (McKinsey and Company. Women in the Workplace, 2017).

Visit: Women in the Workplace 2017 to read the full report.

Click here to learn more!
Return to the top of the page