A Breath of Fresh Air for the Career Fair 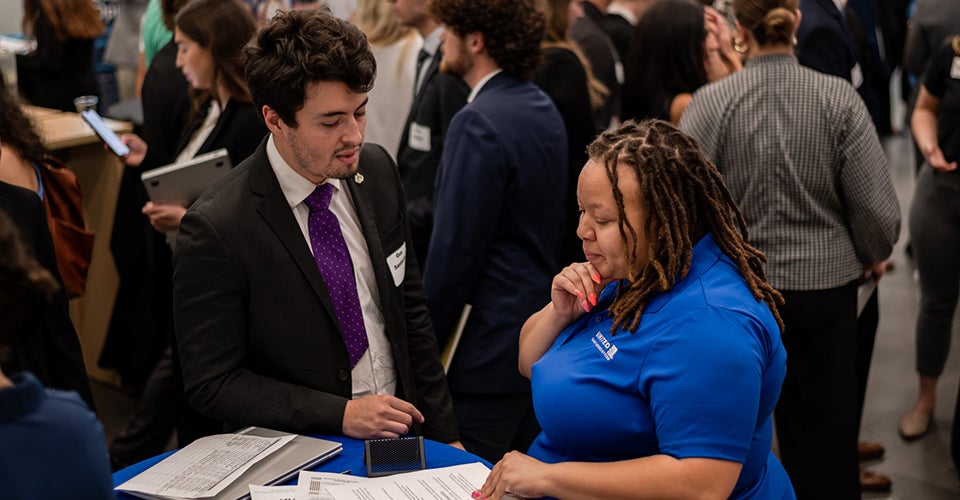 A student and recruiter review a résumé during Management and Entrepreneurship Night, one of a series of career-related events that took place throughout September. Leeds' pivot away from a major career fair to a series of smaller, more personal events won praise from both students and employers. Below right are additional scenes from events throughout the month.

The career fair is an event that’s ripe for innovation.

By the numbers
The three weeks of career events attracted 748 students and 153 employers, according to the Office of Career Development.

There are so many companies that students get overwhelmed. Employers see so many students that it’s difficult to make an impression. Lines at some tables stretch on endlessly, frustrating attendees on both sides.

That’s part of what drove Leeds’ Office of Career Development to champion the idea of career weeks at the start of the fall semester.

“Because of the pandemic, a lot of our students had never attended a live career fair, like the major event we typically host each September,” said Amanda Hansen, director of career development at Leeds. “They told us they would prefer smaller events.” 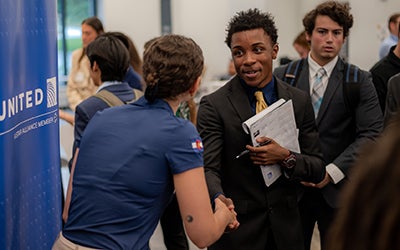 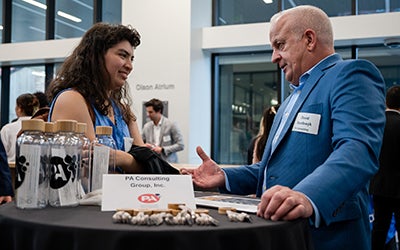 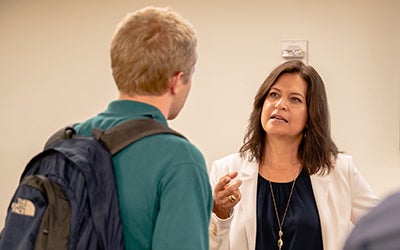 This fall, Leeds held specific weeks for accounting and finance, as well as a general career week to bring in big companies that recruit heavily toward the start of the academic year. Instead of one major event, mini-fairs, keynotes, panels, networking events and career treks gave students opportunities for more exploration, and candid one-on-one conversations with experts in the field.

“It was a great success,” Hansen said. “Students enjoyed it, and employers definitely appreciated the smaller events, which allowed them to have more in-depth conversations with students.”

Hansen was proud that there were first-year students who attended each event, reinforcing that career exploration doesn’t begin at graduation, but at orientation. Still, there were plenty of upperclassmen who attended the events to bolster their networks and give themselves an advantage in searching for jobs and internships.

Ainslie George (Fin’24) attended a career fair during Finance Week, and said it was great exposure for someone who’s still figuring out what path her career will take in the industry.

“I met a few people who graduated just last year, and they talked about how their companies have helped them grow from within as you work your way up and take on new opportunities,” she said. “I’m not sure what I want to do yet, so it was great to hear that they felt supported in their own careers.”

Mila Lusso (Fin’24) helped the career team run the event, as she’s already secured a summer internship, as a corporate banking analyst with Citibank in New York. She attended multiple events last year that she said were instrumental in landing the position, and credited Leeds’ careers team with helping her prepare for interviews, internships and beyond.

“I was feeling uncertain about the process and next steps, and the career team helped by outlining it for me and guiding me forward,” she said. “And they continuously checked up on me and made me feel there was someone I could always turn to for support. So if I had a bad experience, they would help me to pivot.”

Lusso also said the events that the Career Development Office puts on—both in person and virtual—helped her start to form the network that led to her internship offer.

“Because of the pandemic, a lot of our students had never attended a live career fair. They told us they would prefer smaller events.”

“The networking events really helped me understand how to approach conversations in a professional manner, what attributes about yourself you should be highlighting when you meet people—and most of all, how to communicate in a way in which you’re talking positively about yourself, but also engaging the other person.”

It’s definitely making an impression with recruiters, who were happy to be on a campus talking to students again—especially those from Leeds, who are highly regarded.

“Leeds students do their research,” said Nathan Deines, a recruiter with FirstBank. “When they ask questions, they’re directed. They don’t say to me, ‘What does your company do?’ Instead, it’s more like, ‘What would you say your largest loan program is?’ They’re asking questions that will help them make decisions about their careers, which just speaks to how professional and prepared Leeds students are.”

Deines said what excites him about career fairs is the energy and connections he’s able to make. But he said he appreciated the “intimate and focused” finance career fair he was working at during Finance Week.

“It was great to connect with them on a deeper level—to appreciate that they’ve done their research and really know us,” he said. “It makes us feel special—and helps us remember them.”

Why Leeds  Career Development  How to Apply 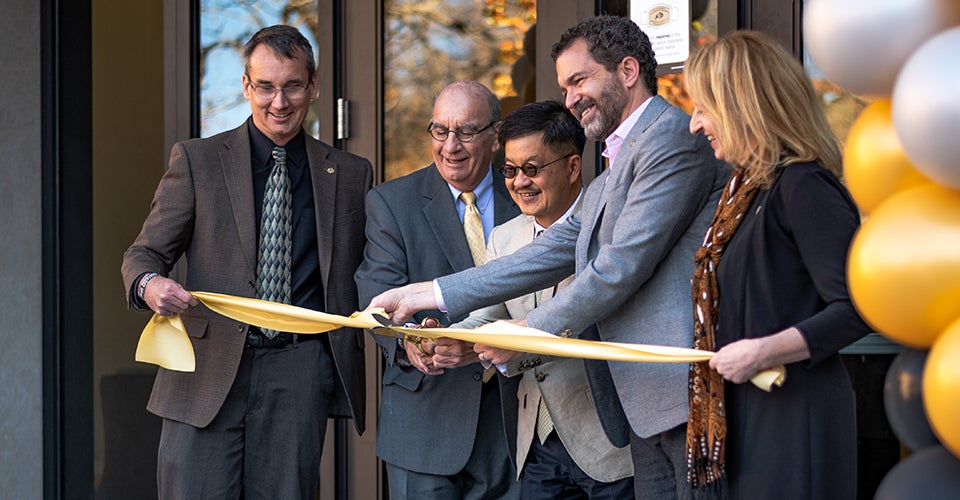 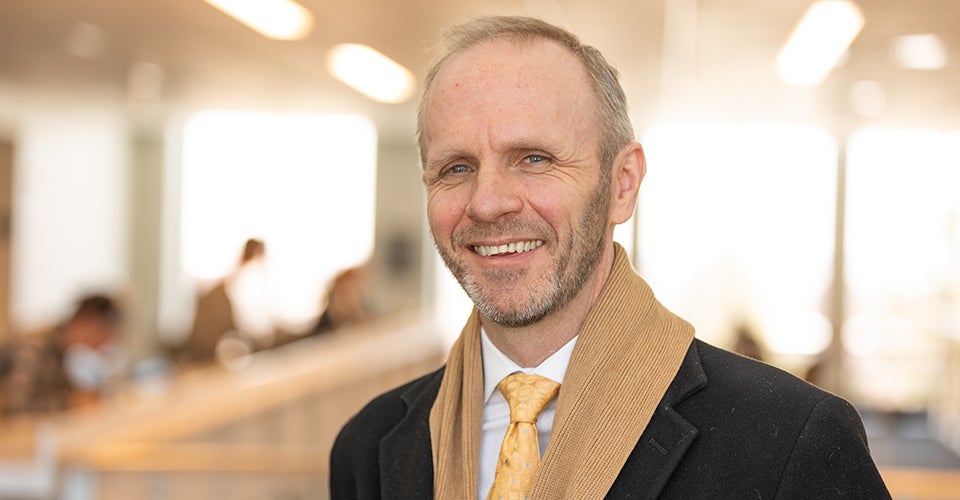