Richard Wobbekind, Senior Economist & Associate Dean for Business and Government Relations, held an economic review session to update the Leeds MBA students on the local and national economies.  Rich is the Executive Director of the Business Research Division and develops an annual consensus forecast of the Colorado economy.

Colorado has seen impressive population growth since 2011 and is the seventh in the nation in terms of percentage growth; 88% of this growth has occurred along the Front Range. There is continued net migration into the state, but it has declined since 2016. The maroon portion of the bars below represents net migration into the state. The gray portion of the bars is for the natural increase, which is the number of people who died less the number of people born. 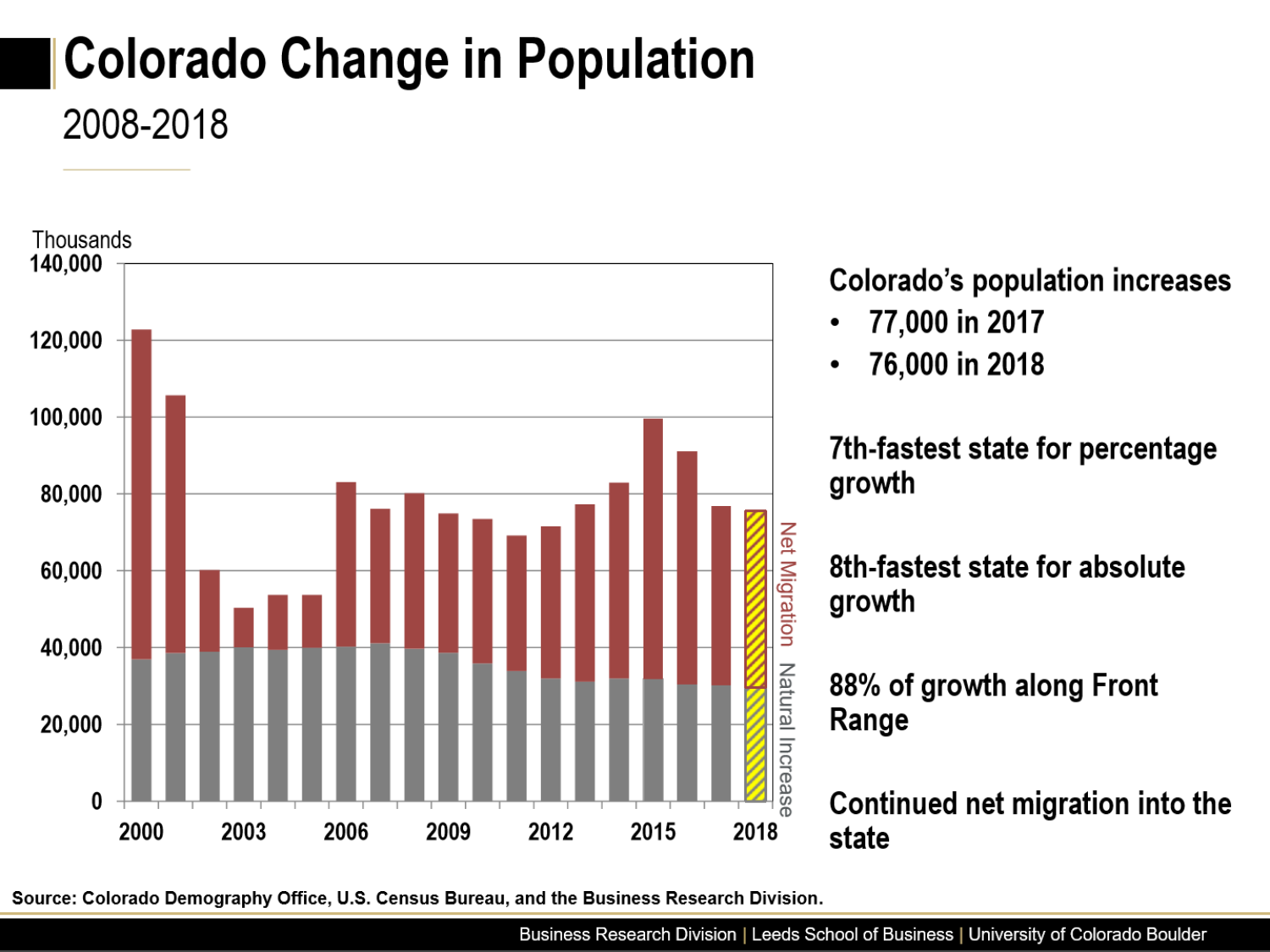 Migration into the state appears to be slowing; this is attributed to a stronger national economy.  Employment growth has leveled out over the last three years, with 47-53K jobs expected to be added in 2018. This number is constrained by the number of people in the state. There is not a lot of surplus labor at present; it would be hard to create many more jobs than what we’re creating right now. Seasonal adjustment equates to 3% unemployment. The graph below illustrates the historical trend and 2018 projections. 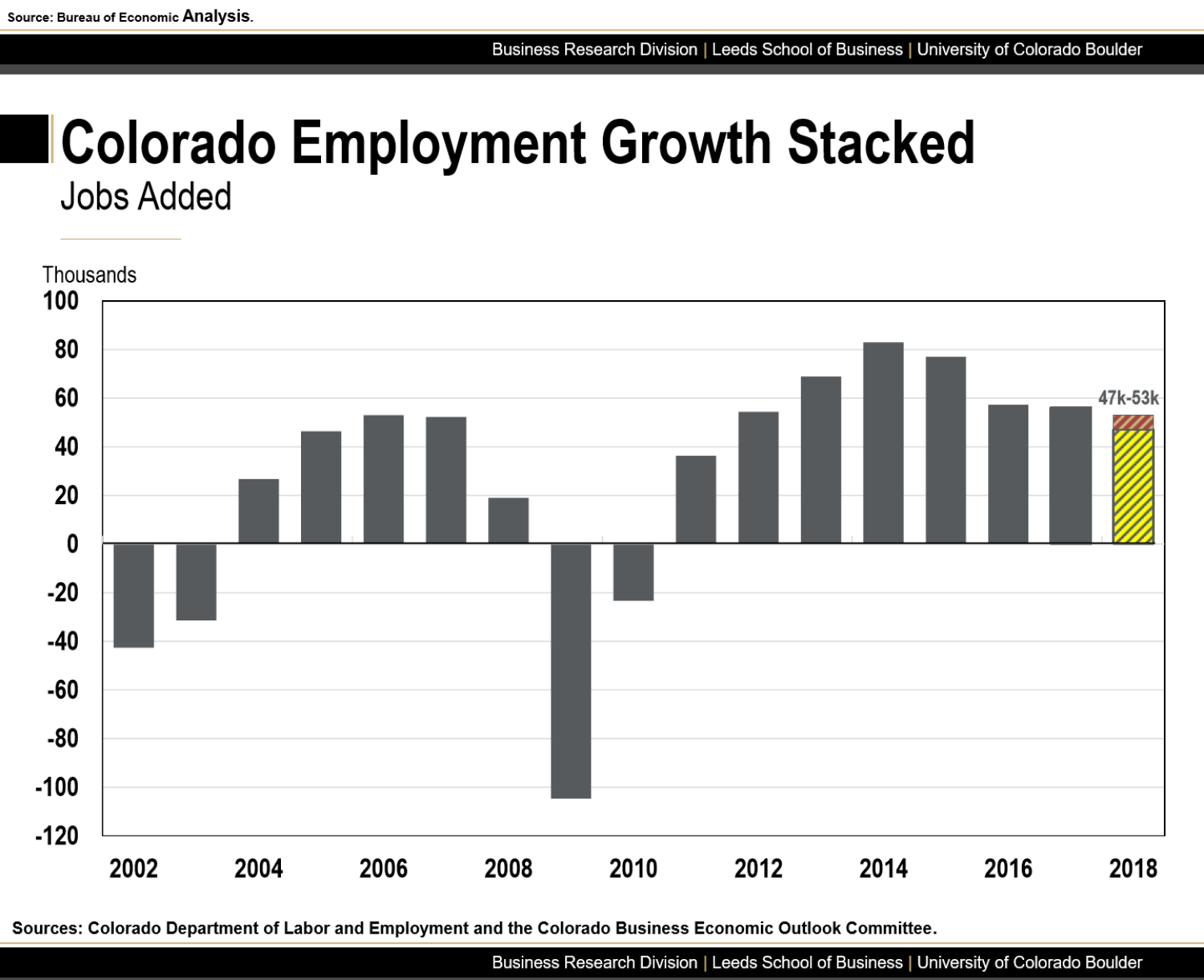 Wobbekind also discussed the breakdown of new jobs by industry, illustrated in the next graph: 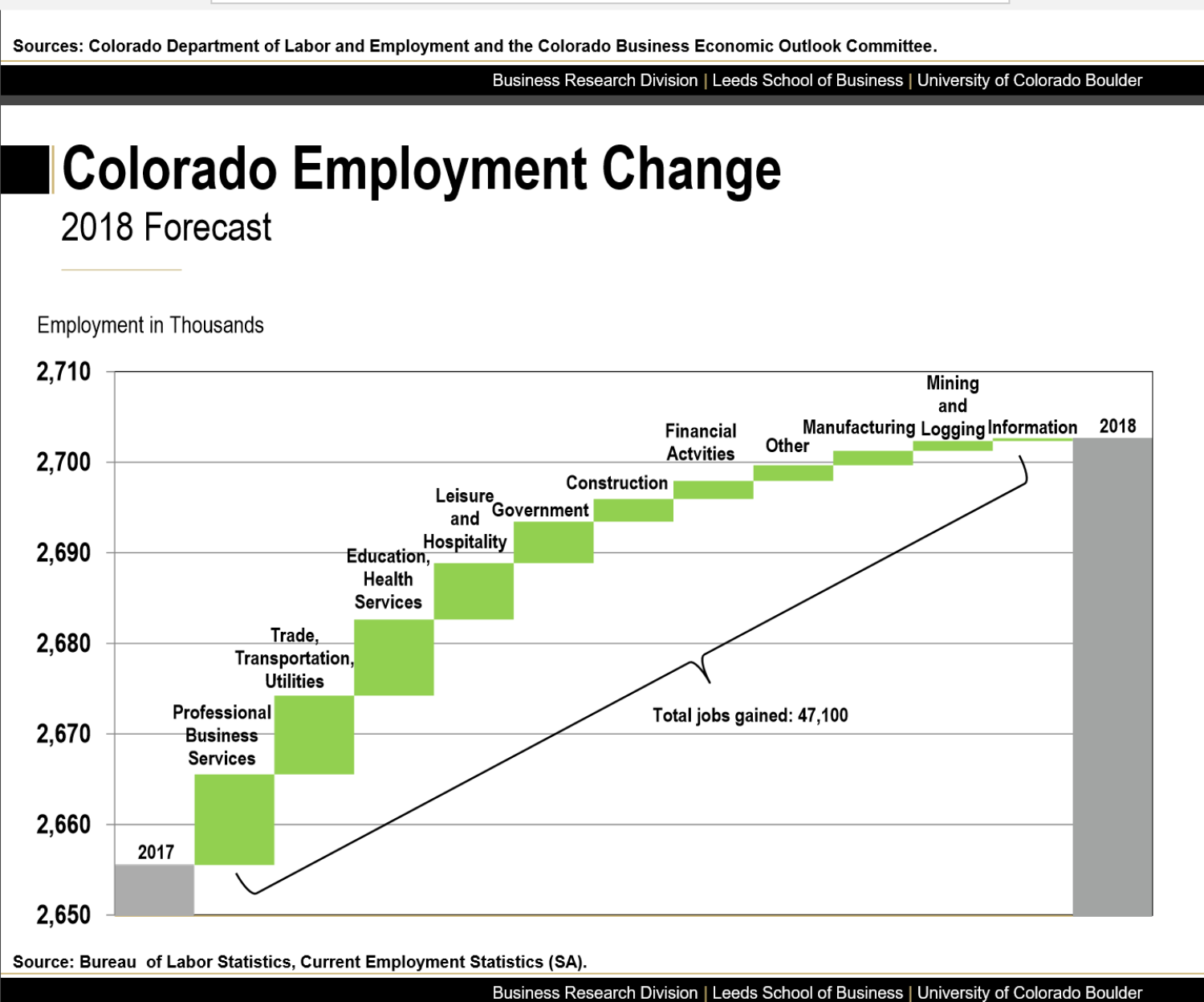 Last, Rich shared a slide on employment recovery, showing growth rates by region. Most regions in the state are showing impressive growth over the national average, but not all parts of the state are doing above average. The Greeley/Ft Collins/Loveland area has been the fastest growing since the recession, but the Western Slope (Grand Junction/Pueblo) is below the national average. 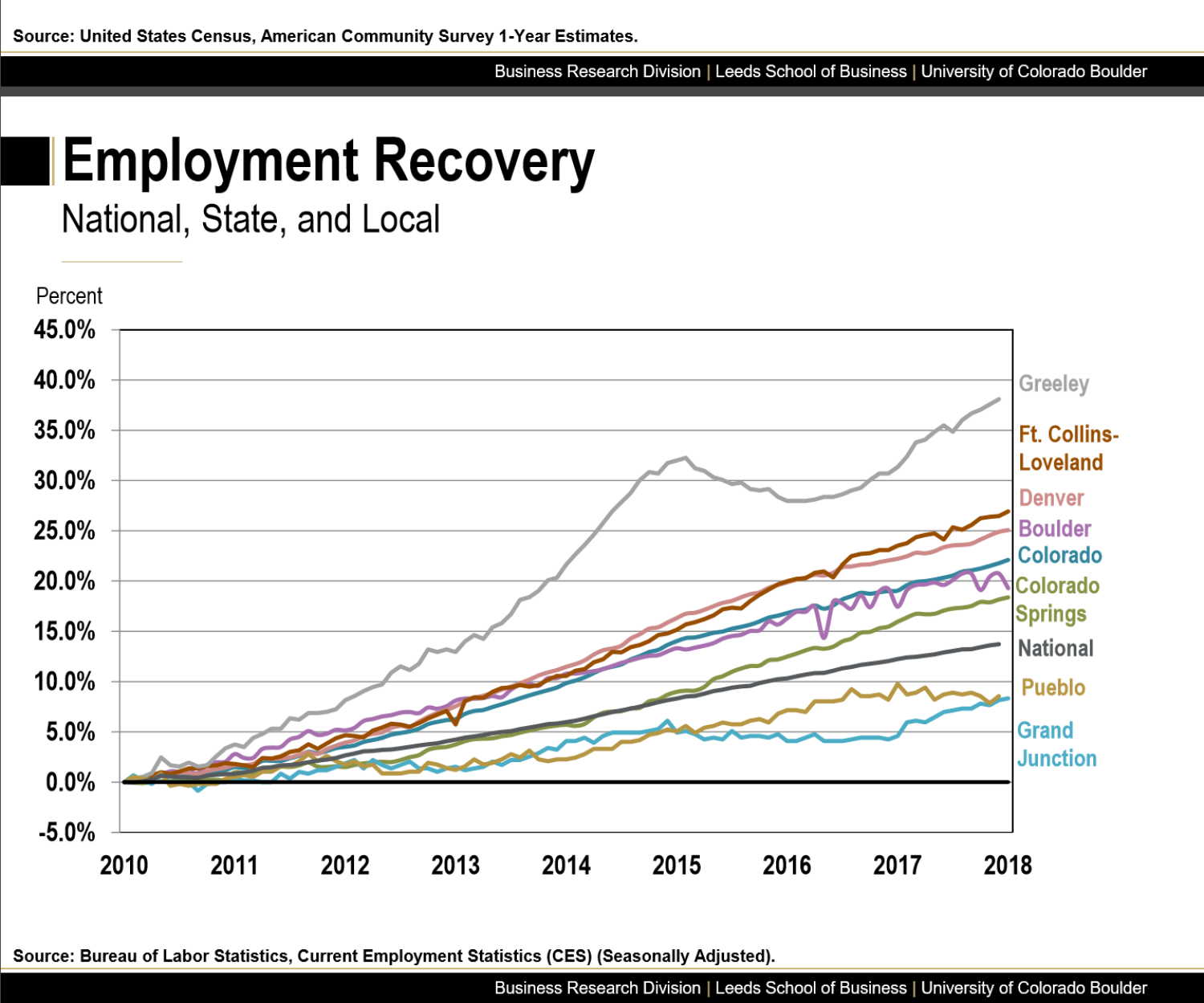 Wobbekind concluded with a state summary touching on the following topics:

This information was very helpful for our overall economic perspective and understanding of the current job market in Colorado as we search for internships and full-time post-MBA employment. 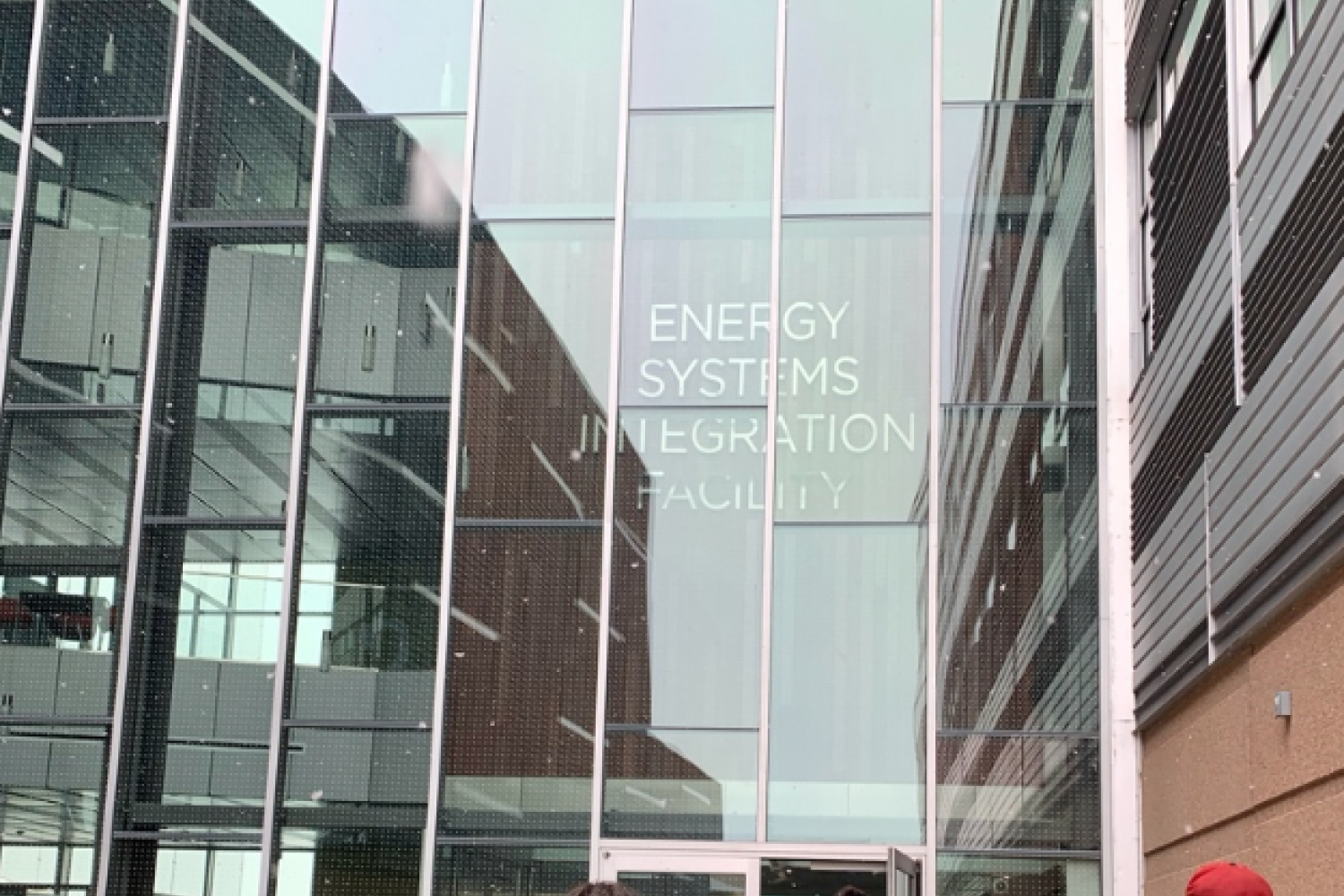 The Boulder-Denver area is well known for its conscientiousness regarding the environment. Through Center for Ethics and Social Responsibility (CESR) at Leeds, students can enroll in a variety of courses that consider what role businesses and leaders have to all stakeholders, including the environment. Some classes encourage students to think...

END_OF_DOCUMENT_TOKEN_TO_BE_REPLACED 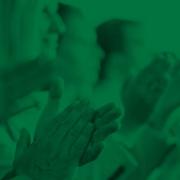 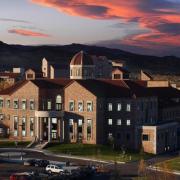 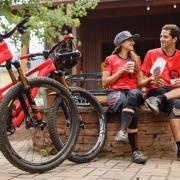 An International Perspective from Current Students 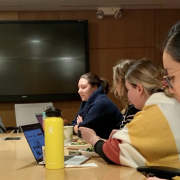