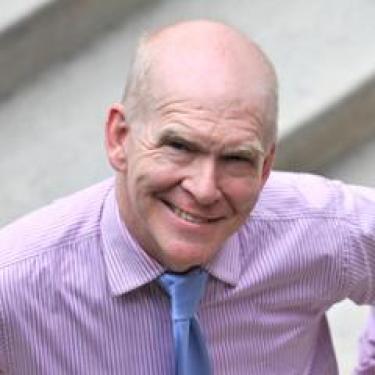 From 2022-2023, he will serve as Executive Director of the Marketing Science Institute, a nonprofit think tank that bridges leaders in industry and academia to advance the science of marketing.
Lynch received his BA in economics, his MA in psychology, and his Ph.D. in psychology, all from the University of Illinois at Urbana-Champaign. He was a member of the faculty at University of Florida from 1979-1996, where he was Graduate Research Professor. From 1996-2009 he was the Roy J. Bostock Professor of Marketing at the Fuqua School of Business at Duke University.

His early work at University of Florida focused on consumer decision making, illuminating the psychology that determines what brands or alternatives are considered and what characteristics of those alternatives are used to choose from the consideration set. His work at Duke on internet marketing created a conceptual roadmap for research in this field about why consumers, retailers, and manufacturers would choose internet channels versus selling by brick and mortar retailing. That work predicted many facets of how internet retailing evolved over the next twenty years and contradicted prevailing wisdom about whether internet shopping would lead to disintermediation of retailers and to greatly intensified price competition.

Lynch came to CU in 2009 in the wake of the mortgage crisis that adversely affected so many citizens. Together with his Leeds School colleagues, he founded the Center for Research on Consumer Financial Decision Making to bring social science to bear on understanding how people save, invest, budget, and take on debt.

Lynch has taught an MBA elective on the use of market intelligence in business decision making as well as undergraduate Marketing Research and capstone Senior Seminar in Marketing for marketing majors, Principles of Marketing & Management for the undergraduates in the business minor program, and a Ph.D. course on designing experiments in the social sciences. He received the Leeds MBA (Elective) Teaching Excellence Award in 2011 and 2013 and has received teaching awards at Duke and University of Florida. He has supervised or co-supervised 90+ PhD dissertations over his career and his former students are on the faculties of the world's leading business schools.