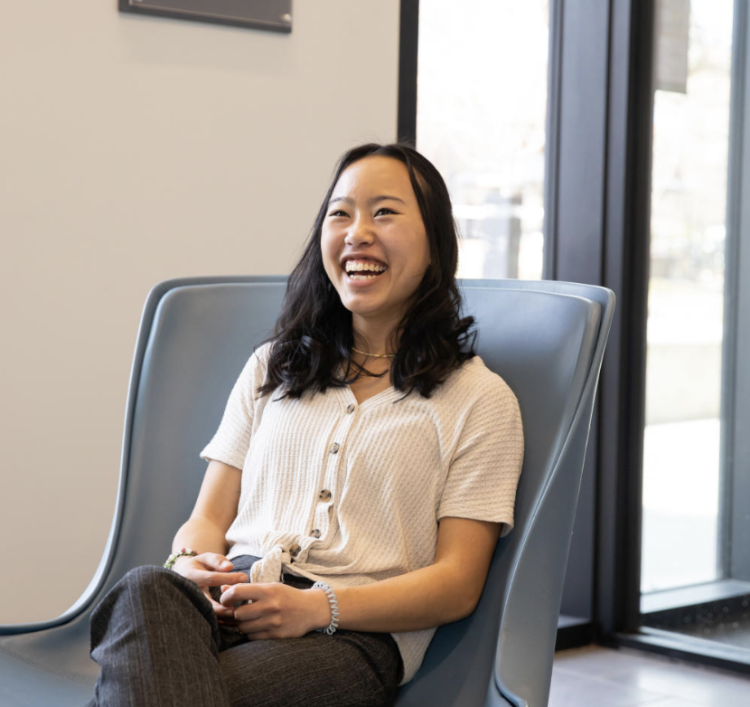 Anna Bedell has multiple scholarships from CU Boulder to help pay for her education. She sees those gifts as an investment in not just her education, but in herself and her future.

“Because of my scholarships, I hold myself to a higher standard—it feels like people are counting on me to get the most out of my education and get a career that’s fulfilling and rewarding,” she said. “It’s incredible to see there are people who are just as invested in my success as I am.”

A Greeley, CO, native, Bedell is an avid explorer who’s visited almost 30 states—so she didn’t expect to stay local when applying to college. But being selected to the CU Boulder Esteemed Scholars Program won her over, along with opportunities to be involved with the Women’s Empowerment Initiative. “Leeds is a great school with one of the top marketing programs in the nation,” she said.

Bedell already has an internship under her belt, having worked in social media marketing for The Success Foundation. She’s continued to explore her love of writing as a member of the Her Campus media portfolio, and credits her scholarships with allowing her to focus on this passion.

“I was super involved in high school—almost to the point of doing too much,” Bedell said. “In college, I only wanted to pursue things I’m really interested in, and my scholarships have helped make that possible, because I don’t have to worry about the financial aspect of my education as much.”

Bedell hopes what she’s learning in her marketing and journalism courses gets her a job in digital media; her dream is to work for the New York Times or Washington Post in marketing or advertising.

“That dream could change in a few years, but what’s important is that as students, we have specific goals—and donors are really important in helping us achieve those goals,” she said.