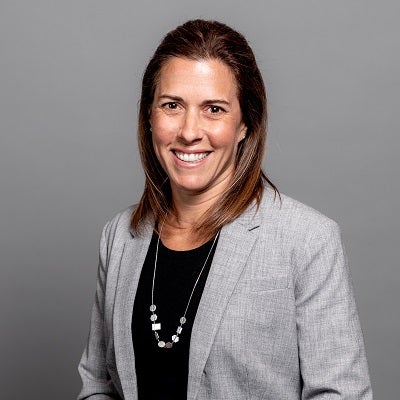 Why did you decide to come to Leeds?

I originally wanted to be a psychologist and started off my freshman year focused on that goal. I quickly realized that science was going to be a barrier to achieving this goal as my brain doesn't work that way! My dad always told me that having business skills is key for any profession, so I thought, “What's the psychology of business?” and settled on becoming a Human Resources major. Hence, I transferred into the business school my sophomore year.

Could you share an experience (or two) that was particularity memorable at Leeds?

I think one of the most memorable experiences for me while in the business school was joining the Delta Sigma Pi fraternity. I became part of a tight community of focused students. I was able to get both the big campus feel as well carve out a small niche in the business school. I loved it so much that I ran for office and became a pledge educator my senior year. It left a lasting impression on me, and I still use some of the skills I gained through Delta Sig and as a pledge educator.

Any particular professors or mentors that influenced you while you were at Leeds?

It was a unique—and not positive experience at the time—that influenced me most. Marketing was something that came pretty naturally to me early on at school. I loved my Marketing 101 class and was excelling (unlike some other classes). I studied hard for my final and was excited to rock a rare A for me! I thought I soared through the final and felt confident I was going to secure a great grade.

I went back a few days later to check my grade and saw a VERY bad grade starting me back in the face. I couldn't understand this and checked the test against my scantron and noticed that I had SKIPPED a question therefore shifting my answers down and then getting nearly every question wrong from the skipped question on. I went and pleaded to my marketing professor to see that all I had done was skipped a question, and if you matched it up without that skipped question, I would have only missed two questions. I asked him to consider changing my grade to reflect that. He looked at me with a deadpan expression and said, "I'm not going to do that, but I think you learned a valuable lesson and won't do that again." I was devastated, but he was right. I did learn a valuable lesson that details matter. Double/triple checking your work is important. Slowing down and not rushing will be very impactful to your business. It also made me work harder throughout my remaining years to bring my grades up to accommodate for that grade.

Where has life taken you since you graduated Leeds?

On a wild and NOT linear path. I started off using my major in the HR field. It was a good entry point into the working world, but I didn't find my passion. After that, I escaped for a few years to Aspen to live out a lifelong dream of being a ski instructor. I met my husband in Aspen and was drawn back into the true working world because dot com was on the rise. I joined a small startup, which then got bought by a bigger startup that laid us all off eventually. I did some deep thinking and took a risk on ANOTHER startup called Salesforce and was fortunate enough to spend the next 18 years in a challenging, amazing company surrounded by the smartest people I've ever known. That risk truly paid off.

Recently, I just took another risk and left Salesforce to explore life as a solo entrepreneur and opened up my own consulting company.

What is one piece of advice/best practice that has stuck with you throughout your career?

I was told early on in my career to "shut up and listen." It's harsh, but it's so very true, and it's something I live by. I shared it with my team, and I try to embody it in everything I do. I was a bit over-eager when I started my career. I had so many ideas. I was "bright eyed and bushy tailed" ready to conquer the corporate world. I wanted to take all my business school knowledge and put it right to the test. What I didn't do was enough listening and learning. I find it's so much better to now sit back, learn, absorb, listen, then chime in. It makes what you have to say so much more impactful because those around you know you're thoughtful and saying something important rather than just talking to hear yourself talk.

Life after graduation is very rarely a linear journey. Embrace the winding road and be open to shifting and changing directions many times.

To nominate yourself or a fellow Leeds alumnus or alumna to be in an upcoming alumni newsletter, fill out this survey!