The International Advisory Board is also attracting global thought-leaders from the commercial real estate industry, who offer a diverse range of perspectives and experiences. Based on their leadership roles within internationally recognized organizations, these new members are ensuring the board and CUREC will continue to serve as a hub for networking, mentoring and driving innovation in real estate through entrepreneurship and emerging technologies. Additionally, the board believes that growing its membership from areas such as construction management, architecture, acquisition and development, technology, and lending and financing will enhance its value to current members and the broader commercial real estate industry.

”We are excited to have leaders from a wide variety of segments within the industry contribute to broader discussions on commercial real estate and help guide the next generation of leadership,” said CUREC’s Executive Director Michael Kercheval.

The following members were inducted summer 2019: 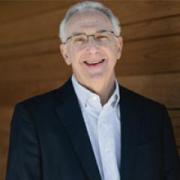 Alan Engel, along with business partner Alan D. Levow, established Crowne Partners in 1984 as the umbrella organization for its construction, portfolio management and broker-dealer companies. Crowne and its affiliates have constructed, developed and renovated 48 state-of-the-art apartment communities in 24 cities across12 states, comprising almost 12,000 apartment units, including 580 units that are currently under construction and 546 under development.

Active in Alabama’s business and civic communities, Alan serves on the Birmingham Advisory Board of Synovus Bank and is chair of the Board of Directors of Indian Springs School. He is a registered General Securities Representative and a registered General Securities Principal with FINRA. A graduate of the University of Colorado, with a Bachelor of Science in Business Administration, Alan also received his MBA from The Kellogg School at Northwestern.

Alan and his wife, Lisa, reside in Birmingham, Alabama. 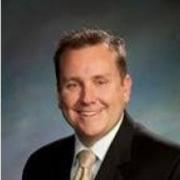 Craig is an alumnus of the University of Colorado Boulder, with a Bachelor of Science in Business Administration with an emphasis in Finance. He and his wife, Debbie, reside in Denver, CO. 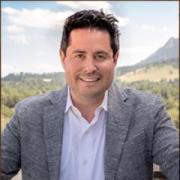 Daniel Aizenman leads a multi-disciplinary design staff and has designed projects in over 35 countries. He has a wide range of experience in architecture, planning, placemaking, wayfinding, sustainable design, interior design and healthcare planning.

Originally from Mexico City, Daniel is fluent in English, Spanish and Hebrew. He uses his travel experiences to inform his design, bringing a love of culture to each of his projects. As a senior principal and architectural designer for Stantec’s Visions Brands Experiences Group, he creates tangible, memorable connections for the end user.

Daniel has won several International Council of Shopping Centers design competitions on the future of retail as well as an AIA award, and placement on ICSC’s 20 under 40, class of 2016. He is known for delivering groundbreaking projects like Distrito Santa Fe, a 9.2 million-square-foot, mixed-use development in Mexico City; Gran Patio Santa Fe in Mexico City, a 2.1 million square foot, mixed-use retail center on one city block; Cityset, Denver’s latest gastronomic hospitality village—a silver Medal winner for the ICSC US Design and Development Award in 2014 for Best Mixed Use project; and Commerce Square in downtown Philadelphia, where he shifted the paradigm of a corporate environment.

Daniel studied in Mexico and Israel and received his Master’s of Architecture from Texas A&M University. For Daniel, every situation brings an opportunity to learn something new, and every design requires some reinvention. He and his family live in Boulder, CO. 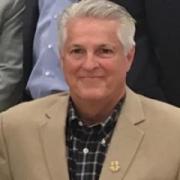 David E. Harvey, Jr. was born and raised in Houston, Texas. David started his college education with two years in the architecture program at Notre Dame. He then transferred to the University of Colorado at Boulder and received his degree in Civil Engineering and Architectural Engineering.

His love of construction came from his father, David E. Harvey, Sr., who started DE. Harvey Builders in 1957. David and his brothers were always anxious to get to the job sites to work and earn a paycheck. His first job was as a laborer, moving rock for exposed aggregate tilt-up panels, when he was just 13 years old. David officially began his career at Harvey in 1977 on a three building tilt-wall complex on Yale Street for Tim Gustafson Development. His brother, Mike Harvey, was the superintendent.

David married Mikki in 2002, and together, they have five children and one grandson. In his free time, David enjoys running, swimming, biking, triathlons, marathons and snow skiing. He is involved in Rice Design Alliance (RDA) as president ameritas (post), Catholic Charities as chairman of the board of directors, Legatus as founding member of the Houston Chapter, Catholic CEO Group, Cristo Rey Jesuit High School as a founding board member, and University of St. Thomas as vice chairman of the board of directors. 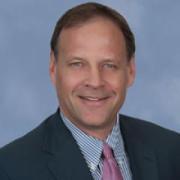 Prior to his current role, Rick served as the Chief Investment Officer for CNL Fund Management. During his tenure, CNL-sponsored real estate funds completed over $2.5 billion in real estate investments. Before joining CNL,  he was a founding partner of Parkwood Real Estate Partners , a privately-held real estate investment company formed in 2005. While at Parkwood, Rick and his partners were responsible for sourcing and structuring over 60 real estate investments with total cost exceeding $1 billion. In addition, he spent more than 17 years at Trammell Crow Company (TCC), in many roles; the last was as a Senior Managing Director of Development & Investment Group and member of the company’s Operating Committee. While at TCC, Rick was involved with structuring, reviewing and approving more than $5 billion of acquisition, development and structured finance transactions.

Coe graduated from the University of Colorado with a Bachelor of Science in Business Administration with an emphasis in Finance. He later earned an MBA from Southern Methodist University. He is a member of the International Council of Shopping Centers and the Urban Land Institute. 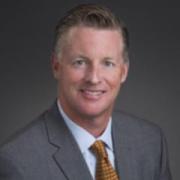 In 1999, Todd Guthrie established the W.E. O’Neil Construction Company of Colorado and has since grown O’Neil’s local market presence, bringing in an average of $100 million in yearly revenue. As president of W.E. O’Neil Construction, Todd leads Denver’s award-winning general contracting firm based on the values of integrity, teamwork, shareholder value, customer satisfaction and quality.

Todd began working for W.E. O’Neil Construction in 1988 as a project engineer and estimator in Los Angeles, prior to relocating to Denver. He later became a senior project manager, overseeing numerous high profile projects in the Denver area and laying the groundwork for his leadership in the construction industry.

CUREC is proud to welcome these prominent industry leaders to its International Advisory Board of real estate professionals from around the world. To learn more about the Center, its mission and international advisory board please visit https://www.colorado.edu/business/curec/