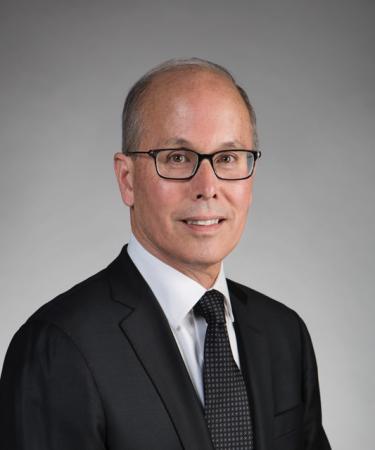 Leeds School of Business alumnus Gordon Trafton (Bachelor of Science, Transportation Management, 1977), enjoyed a lengthy and successful career in the railroad industry. Now retired, Gordon directs much of his time and talents toward serving and building the Leeds community.

As an undergraduate at the University of Colorado Boulder, Gordon was encouraged by now-emeritus professor Jerry Foster to pursue transportation management as a career. Professor Foster provided Gordon with useful introductions into the transportation industry, helping him land his first job upon graduation. Foster’s inspiring, life-changing mentorship sparked Gordon’s future passion for mentoring and working with business students.

In 2012, the Trafton family translated this interest into action, making an investment, which established the Leeds Mentoring Office and significantly expanded the Leeds School’s Professional Mentorship Program (PMP). The mentoring programs today serve undergraduate and graduate students, and partner more than 2,000 students with over 1,000 professional, alumni and student mentors. Mentors serve as coaches, advisors, and connectors, expanding students’ networks and preparing them for the transition from college to career.

Gordon retired from his position as Special Advisor to the Canadian National (CN) Leadership Team in 2010 previously serving as Senior Vice President, Strategic Acquisitions and Integration. Prior to those roles, Gordon was successively Vice President of the Wisconsin Central Division, Vice President of the Midwest Division, and Senior Vice President Southern Region from 2003 to 2009, where he led a team of 6,800 employees in delivering transportation services that generated annual revenues of $2.5 billion. Before joining CN, Gordon held a number of leadership positions with Illinois Central Railroad and Burlington Northern Railroad.

A firm believer in the importance of education and ‘paying it forward,’ Gordon now serves as Chair Emeritus of the Leeds Advisory Board. He has also served as a director for Canadian Pacific Railway, Ltd. since 2017. Over the past eight years, Gordon has served on four nonprofit education boards.

Click here for more information about the Leeds Advisory Board