Justice Angela R. Riley, Chief Justice of the Supreme Court of the Citizen Potawatomi Nation of Oklahoma, to deliver Stevens Lecture on October 18 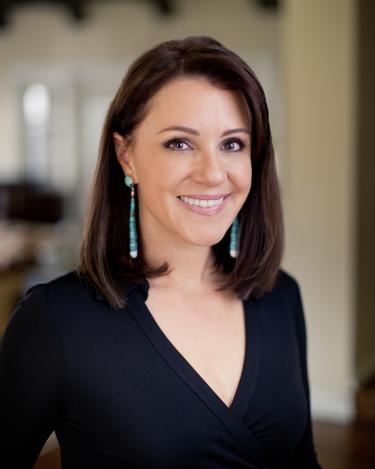 Justice Angela R. Riley, Chief Justice of the Supreme Court of the Citizen Potawatomi Nation of Oklahoma and internationally esteemed scholar, will join the Colorado Law community on October 18, 2022 to deliver the 11th annual John Paul Stevens Lecture. This lecture, free and open to the public, is sponsored by the Byron R. White Center for the Study of American Constitutional Law and co-sponsored by the American Indian Law Program.

In this fireside chat titled, “The Third Sovereign: Tribal Courts and Indian Country Justice,” Justice Riley will discuss Native Nations as the “third sovereign” within the legal framework of the United States. In conversation with Professor Suzette Malveaux, Director of the Byron R. White Center, she will explain the role of tribal courts in ensuring justice in Indian country. Justice Riley's presentation, beginning at 5:30 pm, will take place at the Wolf Law building and will be followed by a Q&A with Colorado Law students. There is a special opportunity for in-person guests to attend a reception following the presentation at 6:30 pm.

Register for the lecture here.

"Justice Riley’s lecture marks the first time a justice of the high court of an Indigenous Nation has presented this prestigious lecture," Professor Malveaux explained, "This is a historic moment for our school and an exceptional opportunity for our community. We are absolutely thrilled to learn from her."

In 2003, Justice Riley became the first woman Justice of the Supreme Court of the Citizen Potawatomi Nation of Oklahoma. In 2010 and again in 2016, she was elected by her tribe's General Council as Chief Justice. She previously served as Co-Chair for the United Nations - Indigenous Peoples’ Partnership Policy Board, with a dedicated mission to implement the UN Declaration on the Rights of Indigenous Peoples. She has worked as an Evidentiary Hearing Officer for the Morongo Band of Mission Indians and currently sits as an Appellate Justice at the Rincon Band of Luiseño Indians Court of Appeals and at the Pokagon Band of Potawatomi Indians Court of Appeals.

A renowned expert in her field, she also serves as Professor of Law and American Indian Studies at UCLA Law. She is Special Advisor to the university's Chancellor on Native American and Indigenous Affairs and directs the law school's Native Nations Law and Policy Center as well as the J.D./M.A. joint degree program in Law and American Indian Studies. Professor Riley's research focuses on Indigenous peoples’ rights, with a particular emphasis on cultural property and Native governance. Her work has been published in the nation’s leading legal journals, including the Yale Law Journal, Stanford Law Review, Columbia Law Review, California Law Review, Georgetown Law Journal and numerous others. She received her undergraduate degree at the University of Oklahoma and her law degree from Harvard Law School.

Professor Riley is a member of the American Law Institute and a co-editor of the Cohen's Handbook on Federal Indian Law. She taught as the Oneida Indian Nation Visiting Professor of Law at Harvard Law School in Fall 2015 and co-teaches the Nation Building course at the Harvard Kennedy School of Government. She has been recognized by numerous legal institutions where she has been invited to lecture on her knowledge of law and specializations in Native American and Ingenious rights. Some of these institutions include Harvard Law School, Yale Law School, The University of Arizona, along with many more established institutions.

One general CLE credit is pending for Colorado attorneys. (Colorado Law Students: This is a C.A.R.E. Pledge eligible event.)