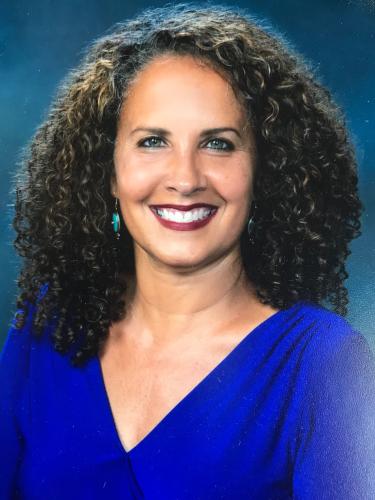 Civil Rights Law at the University of Colorado Law School, delivered the 46th annual Austin W. Scott Jr. Lecture virtually on Tuesday, Dec. 1, at 5:30 p.m. MST. The lecture was titled "Is It Time for a New Civil Rights Act? Addressing Modern Obstructionist Procedure." The Scott Lecture is presented annually by a member of the faculty engaged in a significant scholarly project who is selected by the dean.

In this lecture, Malveaux explored how the U.S. Supreme Court’s civil procedure jurisprudence has undermined access to justice and civil rights enforcement, and why a new civil rights law is necessary during this critical and tumultuous time in our country. Borrowing from the sweeping Civil Rights Act of 1991 and the historic Lilly Ledbetter Fair Pay Act, Malveaux examined the catalysts that led to these restorative statutes and make the argument for a similarly groundbreaking one today. Malveaux’s research and writing in this area is the culmination of a legal career dedicated to the pursuit of social justice and making the civil litigation system more equitable.

The United States is in the midst of the largest civil rights movement since that of the 1960s, and calls for justice for Black and marginalized communities are stronger than ever. Many decry the violence such communities have experienced as a result of centuries of systemic racism and discrimination, which has led to significant, though insufficient, legislative gains. What has received comparatively scant attention, however, is the violence done to those legislative gains, and to civil rights more generally, through the Supreme Court’s increasingly obstructionist procedural jurisprudence.

Over the last quarter-century, the Supreme Court has been slowly chipping away at the process by which everyday people have gained access to the civil court system to resolve their grievances and seek remedies. Meaningful access to the civil litigation system is a right each citizen has by virtue of the Constitution. Yet, in this obstructionist climate, that access has been commodified, compromised, and politicized. The Court has, in small but powerful ways, systemically eroded Americans’ capacity to enforce their substantive rights. This regressive trend has become even more acute under the Roberts Court, and for constitutional and statutory civil rights. Over the course of several decades, the pendulum has swung from robust enforcement of civil rights to tolerance, if not outright hostility, to such claims. Less obvious, but no less harmful, has been the way procedure has undermined, and sometimes even eradicated, civil litigation aimed at protecting these rights. The Court’s obstructionism, however, has been neither absolute nor uniform, thereby making it hard to address. It is death by a thousand cuts; the insidious power of incrementalism.

Malveaux examined whether meaningful access to and use of the civil court system has retracted to the point of requiring legislative resuscitation. Having answered this normative question in the affirmative, she explained why Congress is most suited vis-à-vis other institutions to make this course correction. Malveaux addressed whether this is the right time for corrective civil rights legislation, analogizing to historical examples such as the sweeping Civil Rights Act of 1991, and more targeted historic Lilly Ledbetter Fair Pay Act. Finally, she offered prescriptive measures, setting forth broadly what a procedural civil rights restoration act would comprise, particularly in the areas of pleadings, class actions, and arbitration. Malveaux concluded that such restorative legislation would realign process-law-drafters’ intentions, institutional competencies, and the core values of democracy with the public dispute resolution system.

About the Scott Lecture

The Austin W. Scott Jr. lecture is named after Austin Scott, a member of the law school faculty for 20 years. He was a beloved teacher as well as a prolific writer, whose scholarly work was in the fields of criminal law and procedure. In 1973, former Colorado Law Dean Don W. Sears established the lecture series in his memory. Each year, the dean of the law school selects a member of the faculty engaged in a significant scholarly project to lecture on his or her research. Learn more about the Austin W. Scott Jr. Lecture.

Suzette Malveaux is Provost Professor of Civil Rights Law at the University of Colorado Law School. She also serves as director of the law school’s Byron R. White Center for the Study of American Constitutional Law. She teaches Civil Procedure, Employment Discrimination, and Constitutional Law Problems. Malveaux has published numerous law review articles that explore the intersection of civil procedure and civil rights and coauthored Class Actions and Other Multi-Party Litigation; Cases and Materials (West, 2006, 2012). She has presented at dozens of conferences in this area.

Malveaux started her teaching career at the University of Alabama School of Law in 2003 and joined the Columbus School of Law in 2006. She has taught as a visiting professor at the University of Iowa College of Law and Washington and Lee University School of Law. Prior to academia, she was a class action litigation specialist who second chaired oral argument before the U.S. Supreme Court and argued before the 11th Circuit Court of Appeals. For example, she represented over 1.5 million women in Wal-Mart v. Dukes, the largest employment discrimination class action in U.S. history to date. She practiced law in Washington, D.C., at Cohen, Milstein, Hausfeld & Toll, P.L.L.C. and the Washington Lawyers' Committee for Civil Rights & Urban Affairs.

If you have any questions about this event, please contact lawevents@colorado.edu or (303) 492-8048.