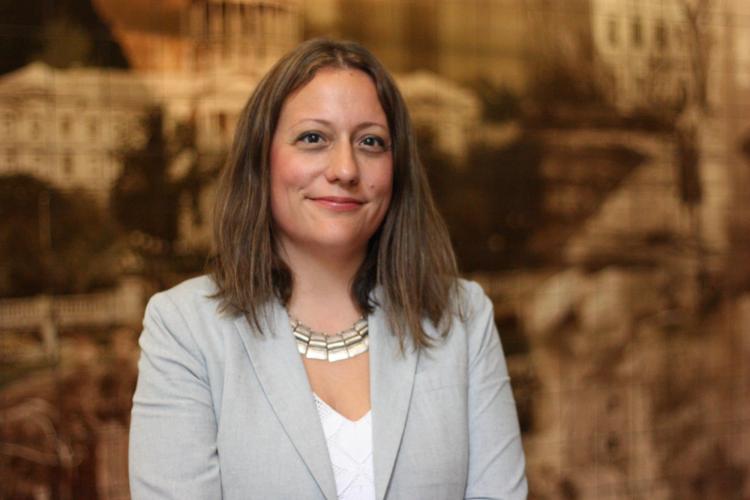 University of Colorado Law School Clinical Professor Carla Fredericks has been named the next executive director of The Christensen Fund, a grantmaking foundation that supports Indigenous peoples and local communities in their efforts to advance biocultural diversity, effective January 1, 2021.

An enrolled citizen of the Mandan, Hidatsa, and Arikara Nation of North Dakota, Fredericks will be the first Native American to lead The Christensen Fund, and the first Native person to lead a private foundation of its size.

"I am grateful and humbled by the bold and exciting commitment The Christensen Fund has made to support implementation of the United Nations Declaration on the Rights of Indigenous Peoples," Fredericks said. "This remarkable mission serves both to defend and elevate Indigenous peoples and ensure protection for all beings on this planet. I appreciate this opportunity to share a vision to implement this strategic philanthropic endeavor, and I am eager to begin work with the incredible team at such a critical moment in society and for the growth of The Christensen Fund."

During her time at CU, Fredericks lent her expertise in Indigenous peoples law, federal Indian law, human rights, development, finance, and business and human rights to several cross-campus initiatives. In 2017, she founded First Peoples Worldwide, an interdisciplinary program housed at CU’s Center for Native American and Indigenous Studies, for which Fredericks serves as a founding executive board member.

As First Peoples Worldwide’s founding director, she led collaborations between Indigenous peoples and investors to address the unique social and environmental impacts of corporate development in Indigenous communities, while preparing students to address the pressing social responsibility challenges facing today’s businesses. In 2018, she coauthored a case study examining the numerous social costs and material losses attendant to the Dakota Access Pipeline project to highlight the costs faced by failing to account for the human rights of indigenous peoples.

She also serves as an affiliate faculty for the Center for Ethics and Social Responsibility.

Fredericks is a 2001 graduate of Columbia Law School, where she was executive editor of the Columbia Journal of Environmental Law. She earned her undergraduate degree from the University of Colorado.

Prior to joining Colorado Law, Fredericks was a partner at Milberg LLP in New York, where she founded the firm’s Native American practice and directed its civil/human rights litigation.

She maintains an active pro bono practice focused on complex and appellate litigation and Native American affairs, representing Indian tribes and organizations in a variety of litigation and policy matters. She is chair of the Board of Trustees for the Mashantucket Pequot (Western) Endowment Trust.