"My decision to come to Colorado Law largely was based on the Innocence Project and our criminal defense clinic. I knew I wanted the real-world, hands-on experiences that Colorado Law had to offer and that those resources would help me find the perfect avenue of law for me," said Bishop, who serves as co-president of the Public Interest Students Association. She has accepted a postgraduate position with the Colorado State Public Defender.

In addition to programs designed to educate and prepare students for public service opportunities, Colorado Law provides financial support to students and alumni interested in public service through scholarships, summer and postgraduate fellowships, and the loan repayment assistance program (LRAP).

In 2019, Colorado Law awarded 62 public service summer fellowships to students who took unpaid or low-paying positions at offices of attorneys general, public defenders’ offices, federal agencies, nonprofits, and more. The school has been able to provide funding to every qualified student who applied on time.

"We don’t want any of our students to forgo pursuing public interest career paths because of the financial burden."

Below, meet a few Colorado Law students who are engaged in public service. 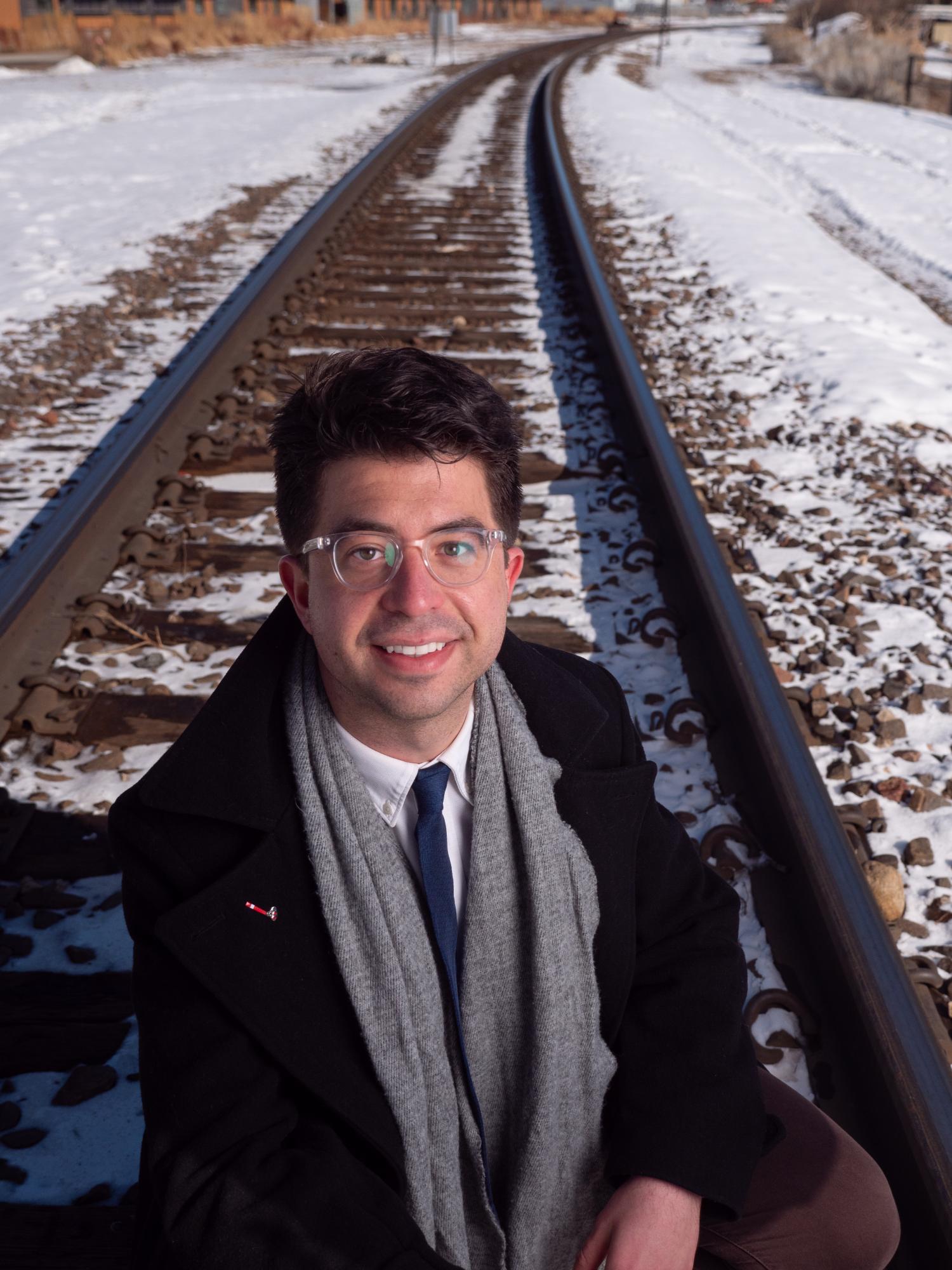 Adrian Untermyer ('20) was on track to his recent internship with New Jersey Transit from an early age.

It started with his grandfather, who grew up between two major Chicago rail lines, taking Untermyer train watching as a kid.

"And we always finished up at the Choo-Choo Restaurant in Des Plaines, Illinois, where meals were served via model railroad," Untermyer said.

Untermyer continued to be enthralled with transportation as he chugged along in his academic career. Through connections he made as an undergraduate and graduate student, Untermyer did something big to make transportation a little better: He organized an arts complex in New York’s Port Authority bus terminal.

"Its 250,000 daily commuters now begin and end their days with music and art instead of just misery and drudgery," Untermyer said.

So, when he learned of an internship opportunity with the New Jersey Transit section of the New Jersey Attorney General’s Office and received a Public Service Summer Fellowship from Colorado Law, Untermyer was full steam ahead.

"During the summer I worked there, New Jersey Transit was struggling to provide daily service to its 750,000 daily riders. A chronic staff shortage meant canceled trains and buses. A crumbling Hudson River tunnel meant any day could mean disaster," he said. “It was a set of challenges too appealing to pass up.”

Through taking the system into work and eating lunch in the employee cafeteria, Untermyer got a ground-level view of the problems he was trying to solve. With access to board meetings and similar events, he got the big-picture view. All of that came in handy with the actual work of keeping the trains running.

"From Transit Police disciplinary cases, to bus crashes, to massive infrastructure projects, and everything in between, I researched, wrote, and investigated to support New Jersey Transit’s mission," Untermyer explained.

"We simply cannot depend on anyone other than ourselves to achieve social, racial, economic, and yes, transportation justice in our society. If we are to build a better world, we must be the ones to do it."

He’s explored other angles of public service while at Colorado Law, working in jails by day and editing University of Colorado Law Review articles by night. But to Untermyer, they’re all part and parcel.

"We simply cannot depend on anyone other than ourselves to achieve social, racial, economic, and yes, transportation justice in our society. If we are to build a better world, we must be the ones to do it." 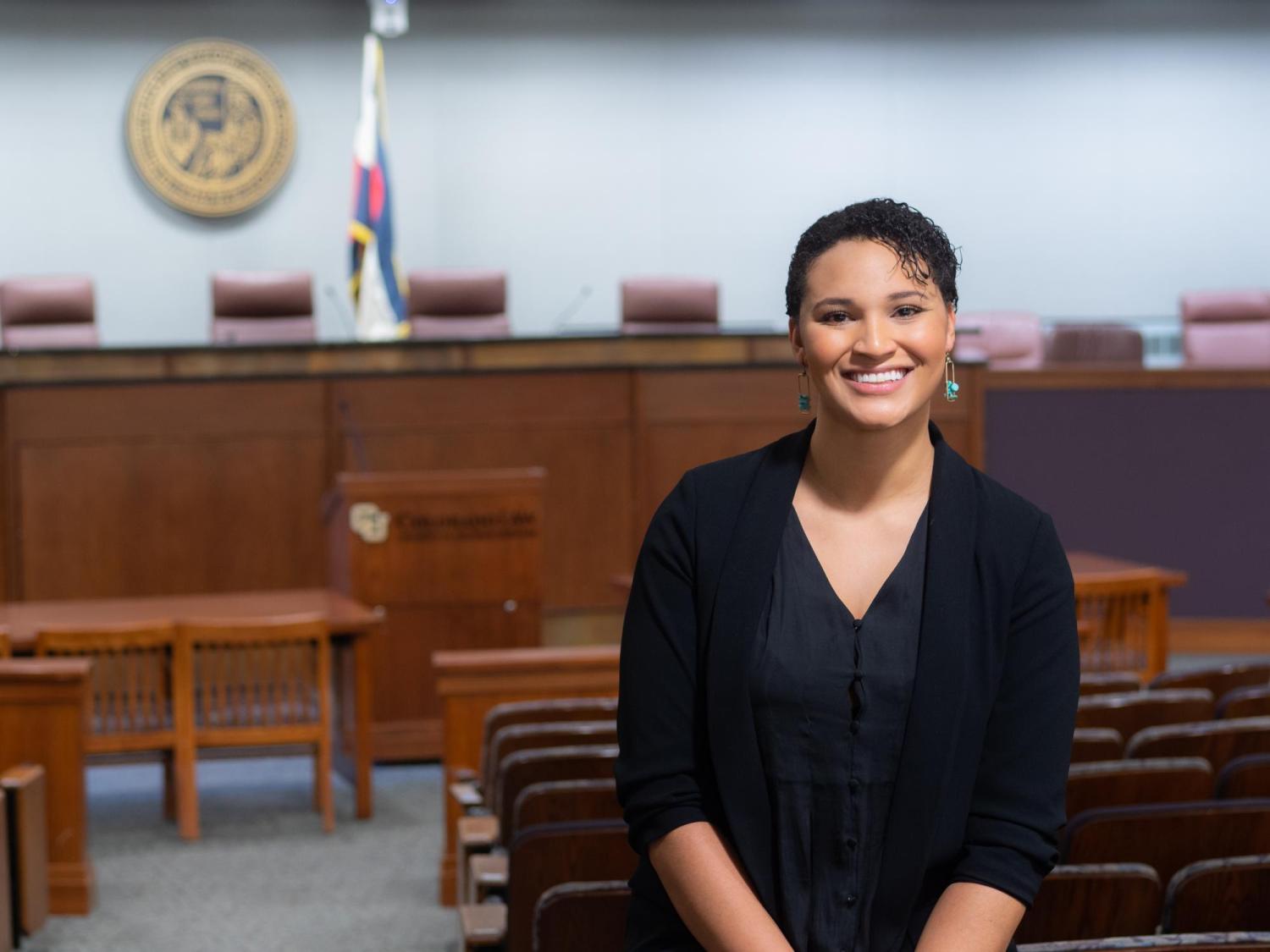 Shaky and stumbling, a Pomona High School student earnestly fought to deliver his best legal argument. He’d prepared all semester, but the gauntlet of public speaking appeared to be taking its toll.

Ariel Amaru ('20), his teacher and a Colorado Law student, smiled, trying her best to encourage him. This is what she had been working toward this semester, too: a moment to create a spark of passion in someone else.

She’d received that spark on a volunteer trip to Ghana while she was in high school. That has helped her stay grounded through law school.

"It’s important to engage with experiences outside of ourselves and to give back to communities in need when we are in the midst of a very privileged experience," she said.

"It’s important to engage with experiences outside of ourselves and to give back to communities in need when we are in the midst of a very privileged experience."

The project partners upper-level law students with high schoolers. Law students like Amaru teach constitutional literacy and introduce their pupils to the U.S. legal system, while coaching them on public speaking.

Though he’d learned all that, Amaru’s student squeaked through his oral argument on nerves alone. “A few hours afterwards, he found me and asked if he could do his oral argument again, because he didn’t feel he’d done well enough,” Amaru remembered. “I said of course, and I sat and judged him again."

This time: lights out.

"He was tremendous the second time around—so much confidence was apparent in his demeanor. I was incredibly proud to see one of my students put forth so much effort,” Amaru said.

Each spring, interested high school students participate in a statewide moot court competition at Colorado Law hosted by the White Center. Six finalists, chosen by justices of the Colorado Supreme Court, judges from the Colorado Court of Appeals, and other lawyers and volunteers, go on to a national competition.

At the statewide competition hosted at Colorado Law in February, one of Amaru’s students was awarded the Best Oralist prize and will represent Colorado in the national competition this spring.

"Teaching students constitutional issues and the law served as a jumping off point to discuss cultural, political, and societal issues," she said. "I hope I’ve left my students with the faint twinkling of a spark." 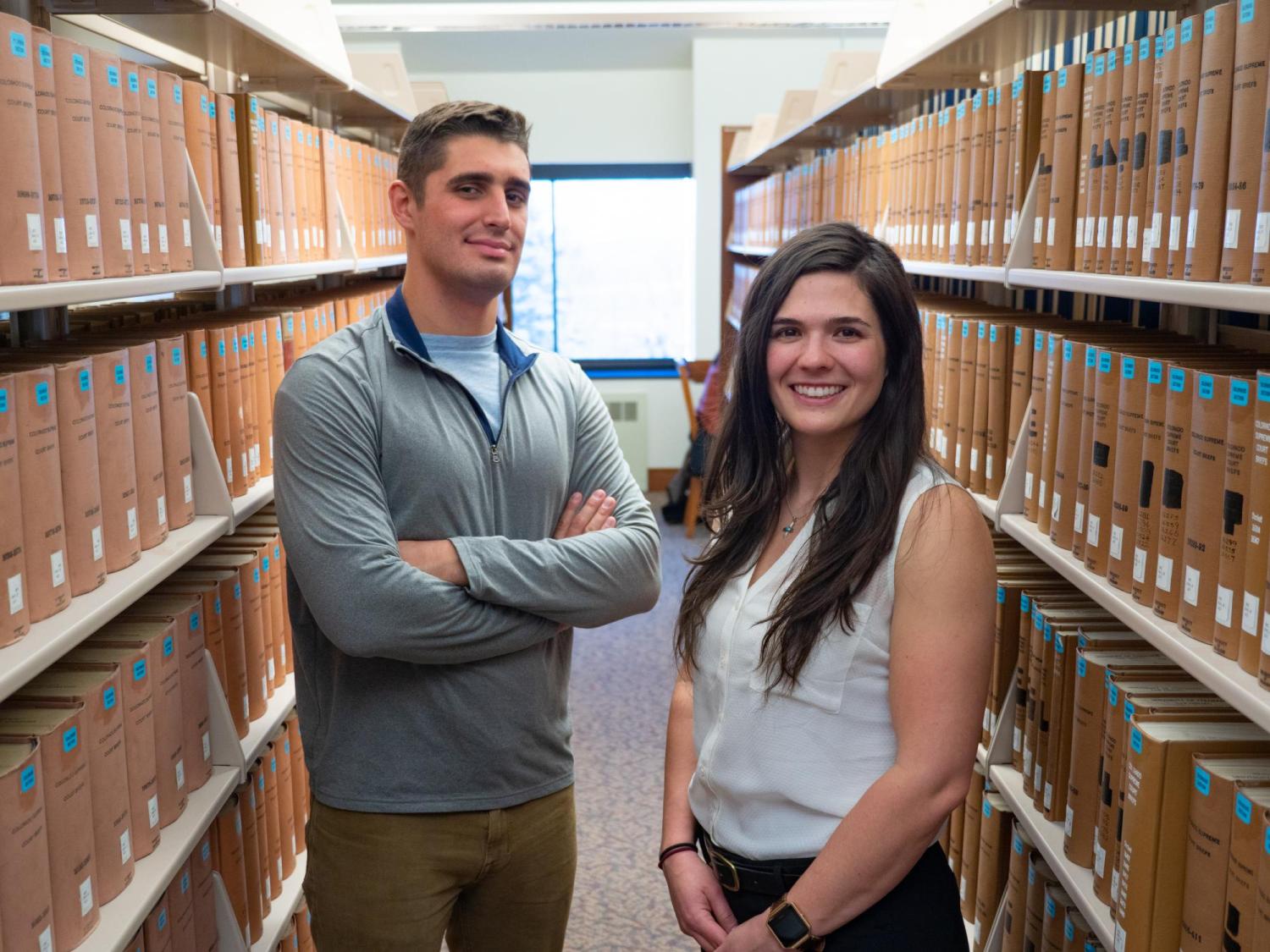 If you work in the Criminal/Immigration Defense Law Clinic at Colorado Law, you’re going to leave with at least one thing engrained in your litigative fiber: Your cases are about the people you’re serving.

"During this difficult political moment, I want to use my education to assist our vulnerable, noncitizen neighbors," he said.

Serving his neighbors is a major part of his experience at Colorado Law.

"Far from prisoners of the ivory tower, these professors are plugged into the robust public service legal community," Cohen said. "Some of my most important connections have come through professors like Violeta Chapin and Benjamin Levin."

"Far from prisoners of the ivory tower, these professors are plugged into the robust public service legal community."

Under Professor Chapin, Cohen works in the Criminal/Immigration Defense Clinic. He’s worked on DACA renewals and an asylum case among other projects.

"I’ve learned that arguing a case is more than presenting a logical syllogism. Representing clients is an opportunity to listen to and retell their stories," he said.

Maura Guaderrama (’20) works in the clinic, as well. The El Paso, Texas-area native has worked for a criminal defendant facing deportation, clients with Temporary Protected Status, as well as on DACA cases.

Guaderrama has accepted a job as a public defender in Taos, New Mexico, and expects some of her clients may face the stiffer penalties immigrants can be subject to in the U.S. justice system.

"It’s important that I understand as much about immigration as I can now so that I can be the best possible advocate for all of my clients in the future," she said. "My hope is that I’m ready to go, know the right questions to ask, and can provide my client with the best possible defense given his or her specific situation.”

"It’s important that I understand as much about immigration as I can now so that I can be the best possible advocate for all of my clients in the future."

Guaderrama said public service is the best way she can think of to use her law degree. Cohen, who also hopes to be a public defender, agreed.

"Societies make it or break it based on individual willingness to put expertise at the service of others," Cohen said. "As a recipient of a terrific education from Colorado’s only state law school, I’m excited to put that training to use serving our communities."