Johnnie Nguyen ('21) Elected to American Bar Association's Board of Governors 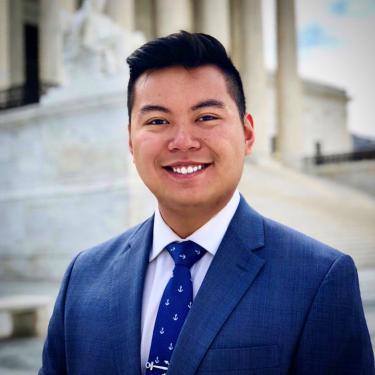 Second-year University of Colorado Law School student Johnnie Nguyen ('21) has been elected to serve as the Law Student At-Large on the American Bar Association's (ABA) Board of Governors. He will be the only law student on the 44-member board.

Elections were held by the Law Student Division Assembly, which comprises Student Bar Association presidents, law student liaisons to other ABA divisions, and ABA representatives from each of the 201 ABA-accredited law schools.

As a voting member of the ABA’s Board of Governors and House of Delegates, Nguyen will help oversee the ABA’s $84 million budget, general operations, major initiatives, and policy efforts at the highest level of the American Bar Association.

"I’m looking forward to addressing the upcoming challenges that COVID-19 has created for the legal profession," he said. "Recently, I was a part of an emergency task force to help draft an ABA resolution that the supreme courts of dozens of states are now using to amend their student practice acts. I hope that this resolution will help graduates retain their employment and tackle their student debt."

In 2019, Nguyen was elected national chair of the ABA’s Law Student Division Council, where he represented the interests of more than 120,000 law students from the nation’s ABA-accredited law schools for the 2019-20 academic year. He and the council worked on policies addressing access to justice, diversity and inclusion, law school debt, and the expansion of pro bono programs.

"Mental health is an issue that everyone in the legal profession faces. Historically, it has been stigmatized, therefore those who suffer from it have barriers to go seek help. If we can talk about it, we can remove the stigma, and people can go get the help that they need," he said.

At Colorado Law, Nguyen competes as a member of the National Mock Trial Team. He currently interns for Justice William Hood of the Colorado Supreme Court, and this summer, he will join an Am Law 100 firm, Lewis Brisbois Bisgaard & Smith LLP, as a summer associate. 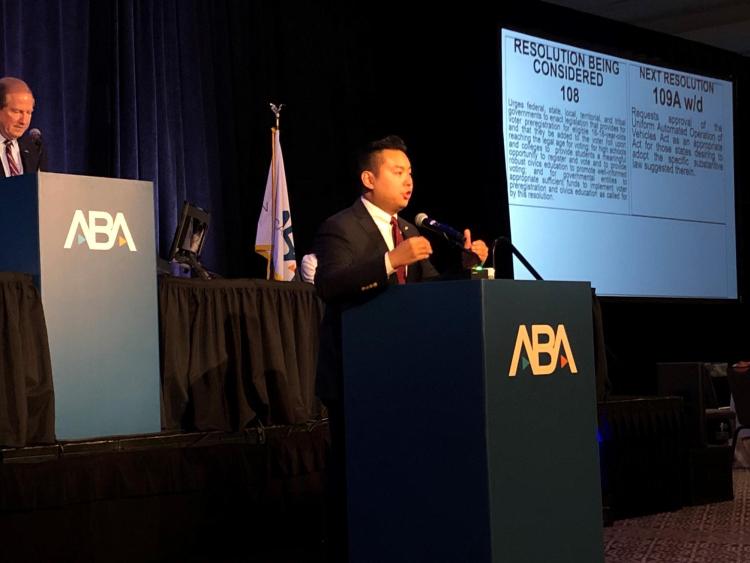