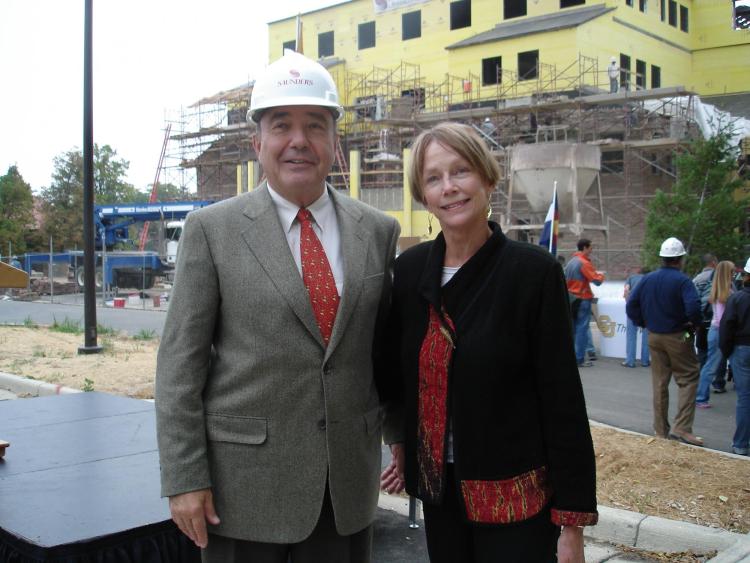 Frequent visitors to Colorado Law will recognize the Wittemyer name: the Wittemyer Courtroom is named in honor of the family, which maintains an annual scholarship for first-year students. Three generations of Wittemyers are Colorado Law graduates, and 17 family members have graduated from the University of Colorado system. So it’s fitting that, in recognition of John ('65) and Nancy Wittemyer’s longtime philanthropic support, the Rare Books Room in the William A. Wise Law Library was renamed the Wittemyer Rare Books Room on Feb. 25.

The Rare Books Room houses rare legal titles published before 1850, as well as a collection of historical materials and archival collections. The climate-controlled facility holds many of Colorado’s early codes and other treasured works in our legal history.

John attended CU Boulder as a Boettcher Scholar and earned Bachelor of Science degrees in civil engineering and finance in 1962 and a Juris Doctor degree in 1965. After clerking for the Alaska Supreme Court and serving as district attorney in Juneau, he was a founding principal in the firm of Moses, Wittemyer, Harrison & Woodruff. In 1975, he became general counsel for the Platte River Power Authority, a position that he held until discontinuing the active practice of law in 2002. Nancy received a Bachelor of Arts degree in education in 1964 from CU Boulder. She has served as a director of the Women of the West Museum and the Dairy Center for the Arts, and as a board member of the University of Colorado Foundation.