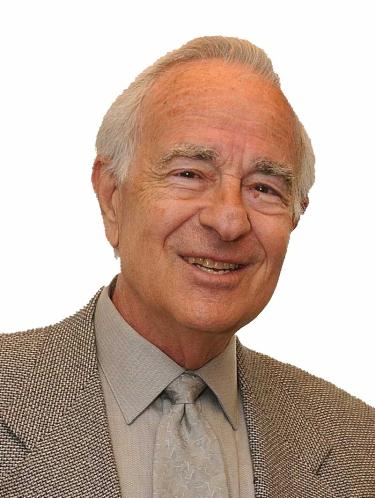 Marvin Wolf ('54), a Denver attorney and philanthropist who was a longtime benefactor of the University of Colorado Law School and other organizations, died March 15 in Denver. He was 89.

Wolf and his wife of 37 years, Judi, are among Colorado Law's most dedicated supporters of student scholarships and academic research. Wolf was instrumental in establishing the law school’s Natural Resources Law Center, now known as the Getches-Wilkinson Center for Natural Resources, Energy, and the Environment, through a challenge grant in 1981. Together with his brothers and their spouses, Wolf led the campaign to build a new building for the law school. The Wolf Law Building, which was completed in 2006, is named after his parents, Leon and Dora Wolf.

Wolf also provided generous discretionary support for fellowships and professorships under the names of Deans Gene Nichol and David Getches.

"Marvin Wolf’s sustained dedication to the University of Colorado Law School and to the legal profession have had profound and lasting effects in Colorado," said Dean S. James Anaya. "His family’s generosity has helped ensure a bright future for Colorado Law and future generations of law students." 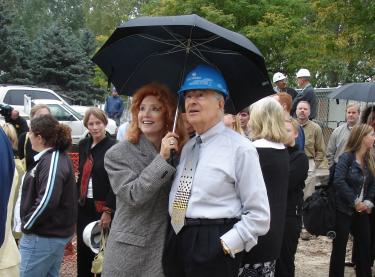 Marvin and Judi Wolf watching the topping out of the new Wolf Law Building in 2005.

Over the years, Wolf received numerous accolades from the University of Colorado and Colorado Law, including CU’s George Norlin Award in 1993, an honorary Order of the Coif award in 1997, and the William Lee Knous Award, the law school’s highest alumni honor, in 2003.

In addition to their leadership philanthropy to Colorado Law, the Wolf family are generous supporters of the arts and other causes in Colorado, including Opera Colorado, the Denver Symphony Orchestra, the Denver Art Museum, Temple Emanuel of Denver, and the Anti-Defamation League.