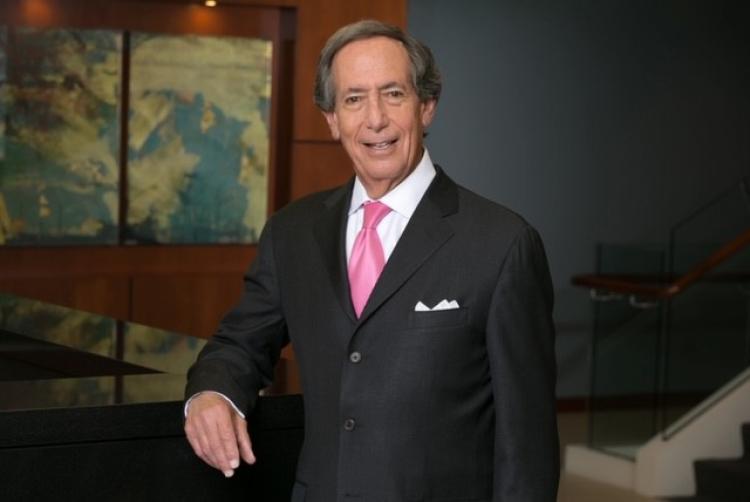 The University of Colorado Law School community mourns the death of Steve Farber ('68), who died March 4 at age 76.

Farber earned his undergraduate degree from CU Boulder in 1965. Upon graduating from Colorado Law in 1968, Farber teamed up with classmates Norm Brownstein ('68) and Jack Hyatt ('68) to found what is now Brownstein Hyatt Farber Schreck, LLP, a firm encompassing 13 offices and more than 500 attorneys and policy professionals across the country.

"Today, with great sadness, we say goodbye to a Colorado legend, Steve Farber. Steve passed away peacefully surrounded by his family at his home," Brownstein said in a statement. "For more than 50 years, Steve and I were partners on this incredible journey that started on the playground at Colfax Elementary. Who would have thought Steve, Jack Hyatt and I, three kids from North Denver, could do all this? Throughout his career, Steve was one of the most respected and accomplished leaders in the country. He inspired change not only at the firm, but throughout Colorado and across the nation. Steve was often the first call CEOs, politicians and community leaders made because they knew he would find a way to get the job done. Our ability to thrive as firm for more than 50 years is a testament to Steve’s leadership, work ethic and entrepreneurial spirit."

"Steve Farber was a giant in the Colorado and national legal communities, and one of Colorado Law’s most distinguished alumni. He will be very much missed," said Dean S. James Anaya.

"Steve Farber was a dear friend, a leader, an innovator and he certainly had impact, all things we hope our students embody at CU Boulder," said Chancellor Philip P. DiStefano. "Steve set a great example for today’s students and we are proud he is a distinguished alumnus. I express my condolences to the Farber family."

Farber’s practice at Brownstein Hyatt Farber Schreck, LLP encompassed corporate and partnership business transactions, public and private business transactions, acquisitions and mergers, real estate, business, and contract transactions. He was actively involved in many political, charitable, and community causes. He founded and served as chairman of the board of the American Transplant Foundation, and co-authored the book On The List.

Farber was a member of the board of trustees for the Anti-Defamation League, Children's Diabetes Foundation, Race to Erase M.S. Foundation, and the Children's Hospital Foundation. He was also a board member for Citywide Banks, Denver Health Foundation, Aurora EDC, and Alliance for Choice in Education (ACE) and was a Capital Campaign Chair for Denver Hospice.