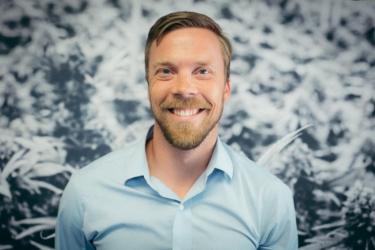 As the CEO of Native Roots and Garden Variety, Ryan Brown is responsible for running all facets of the business. He began his tenure in 2016 as Chief Revenue Officer and took the reins of the organization leadership as CEO in 2017. During Ryan's tenure, Native Roots grew from 13 to 20 retail locations, became the first licensed US retailer in the Canadian marketplace with its Garden Variety retail brand, developed a CBD retail concept branded Native Roots Wellness and built out a team and strategy to significantly grow the manufactured product portfolio. Prior to joining, Ryan was a manager for RevGen Partners leading the education practice charged with business development and delivery of products. He served several major clients including the Denver Public School District with business strategy and implementation as they transitioned to new state standards after the “No Child Left Behind” legislation, impacting more than 5,000 teachers and most academic departments. During his time at RevGen he started the internal Community Service Group, which directed company funds and employee volunteer time to non-profit organizations and grew the commitment 100% each year. Previously he worked as a business consultant at Hitachi Consulting with national healthcare clients, local non- profit organizations, a major Denver construction company and a national electric and gas utility. Raised in Golden, CO, Ryan graduated from the University of Denver with an MBA and a degree in Philosophy and Digital Media. During his time as a graduate student he also started and ran his own web design firm. He has both his Project Management Professional (PMP) and Six Sigma certifications.