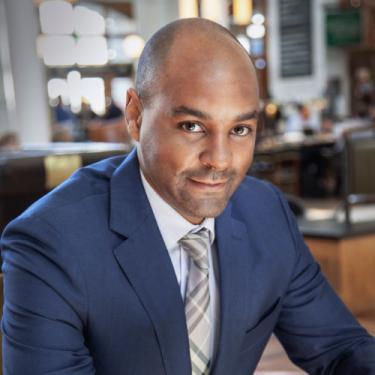 C. J. joined BellRock Brands (formerly Dixie Brands) as its Executive Vice President and General Counsel on June 18, 2018.  C. J. received his A.B. in politics from Princeton University and his J.D. from the University of Denver Sturm College of Law.  Prior to joining BellRock, he directed a single-family office based in New York with respect to structure, operations and legal issues.  C. J. spent his entire private practice at Brownstein Hyatt Farber & Schreck, LLP in the real estate and corporate departments.  He practiced at Brownstein from 2006 through 2017 and was a partner from 2013 through 2017.

His practice focused on the acquisition, disposition, financing, leasing and development of various commercial real estate assets, including apartment and office buildings, sports complexes, hotels, shopping centers, and vacant land. In addition, C.J. advised various companies on corporate matters, including partnership agreements, formation of entities and general corporate governance.  C.J. served as outside general counsel to one of the nation's largest cattle feed manufacturers advising them on all corporate matters, including partnership agreements and corporate finance.

C. J.’s sports practice was national.  He served as outside general counsel to the Oakland Alameda County Coliseum Authority, a joint powers authority established by the City of Oakland and the County of Alameda to finance and manage the Oakland Coliseum and Oracle Arena, where the Oakland Raiders, Oakland A’s and Golden State Warriors play. He served as lead counsel negotiating the Oakland Raiders’ and Golden State Warriors license extensions for the 2016 thru 2019 seasons.  C. J. also represented the City of Glendale in connection with the transfer of the Glendale Raptors to Major League Rugby and the associated facilities lease of Infinity Park.  In addition, he represented MGM Resorts International in connection with their acquisition and relocation of the WNBA’s San Antonio Stars to Las Vegas.  Related to C. J.’s stadium and arena practice, he provided general corporate and real estate advice to Kroenke Sports & Entertainment in connection with their management and occupancy of the Pepsi Center and surrounding grounds.