Written by: Tatiana Nelson, Class of 2024

The 11th annual John Paul Stevens Lecture took place on October 18th at the University of Colorado Law School, hosting the first ever Tribal Court Justice to speak at the Stevens Lecture. Over 200 attendees packed the Wittemyer Courtroom in addition to hundreds of folks joining virtually. Opening remarks were given by Dean Lolita Buckner Inniss. Chief Justice Angela Riley of the Citizen Potawatomi Nation of Oklahoma Tribal Court engaged in a fireside chat with Professor Suzette Malveaux, Director of the Byron White Center for the Study of American Constitutional Law, about tribal courts and their position as the “Third Sovereign” in the United States. The Stevens Lecture was co-hosted by the American Indian Law Program. 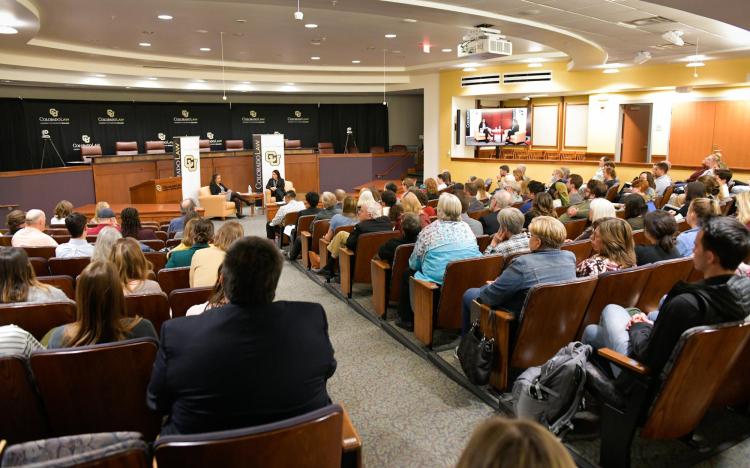 Justice Riley began with a survey of Federal Indian Law and the role of tribal courts. There are over 400 tribal justice institutions throughout the United States today, whose practices range from peacekeeping and the use of panels of elders to the adversarial system that resembles that of state and federal courts. Tribal courts are essential to the sovereignty and self-determination of indigenous people, as these institutions allow for tribes to enforce their own laws and values. The Justice spoke about the complexities of criminal jurisdiction within Indian Country and the impact this has had largely on Indigenous women and girls, with 85% of Indigenous women having been subjected to violence at some point in their lives. The lack of tribal court jurisdiction to prosecute non-Indians on Indian land allows for the assault of Indigenous women in Indian Country at rates much higher than for other groups throughout the country. 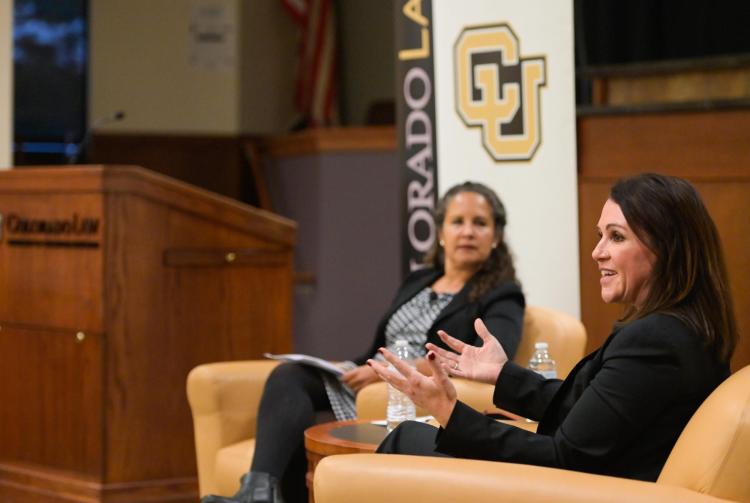 Professor Malveaux then turned the Justice's attention towards recently decided and upcoming cases involving Indian Law in the United States Supreme Court. In the landmark McGirt v. Oklahoma case, the Court held that for the purposes of the Major Crimes Act, land reserved for the Creek Nation in eastern Oklahoma remains "Indian Country." Justice Riley noted how powerful it felt for herself and other tribal members to feel recognized by the United States Supreme Court. The opinion by Justice Gorsuch begins, "On the far end of the Trail of Tears was a promise." Justice Riley became emotional as she recalled these words and spoke of how consequential the decision was. Just two years later, in Oklahoma v. Castro-Huerta, however, the Court held that the federal government and the state have concurrent jurisdiction to prosecute crimes committed by non-Indians in Indian Country, which was a major blow to almost two hundred years of precedent. Justice Riley also remarked on the upcoming case Brackeen v. Haaland, which deals with a constitutional challenge to the Indian Child Welfare Act (ICWA). She noted how the Court is all too willing to jettison well-settled precedent. This worries her given the gravity of what is at stake if ICWA is held unconstitutional, since the Act establishes minimum standards for the removal of Native American children and a preference that those removed be placed with extended family members or in Native foster homes. 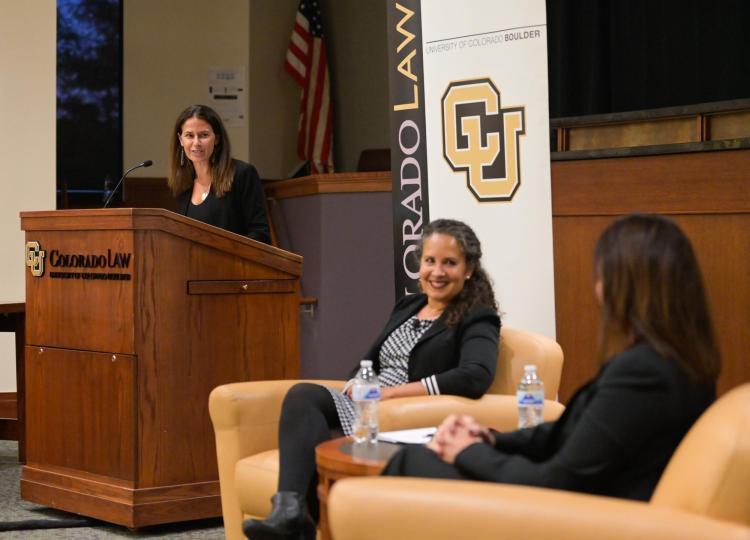 Lastly, six students from various student group organizations at the University of Colorado Law School were selected to ask their own questions of the Chief Justice. Student questions ranged from ABA requirements to teach cross-cultural competency to the important milestones achieved by Indigenous people of Oklahoma to the incorporation of international human rights into tribal jurisprudence.

Chief Justice Riley shared how she grew up on a farm in rural Oklahoma and uses this unique upbringing to inform her perspective while hearing cases on her tribe's high court. She spoke of the very close connections she has with members of her tribe and how that impacts her role as Chief Justice. She stressed the importance of bringing context and empathy to all of the cases she hears. As far as the future of tribal courts and Indigenous Sovereignty, Justice Riley remains hopeful for two particular reasons: first, tribes are still here despite centuries of efforts of erasure by the federal government; and second, young people make up the most sophisticated generation in the history of the world, which has enabled an international movement for Indigenous rights. As Justice Riley put it, "Indian tribes are governing and living on behalf of seven generations after them," and it is precisely this long-view thinking that will ensure the survival of Indigenous people.

After the talk wrapped up, Professor Kristen Carpenter, Director of the CU American Indian Law Program, gave closing remarks and introduced the student leadership from the Native American Law Students Association (NALSA). As is tradition when a member of the community adds something of value, Justice Riley and Professor Malveux were gifted blankets by NALSA. 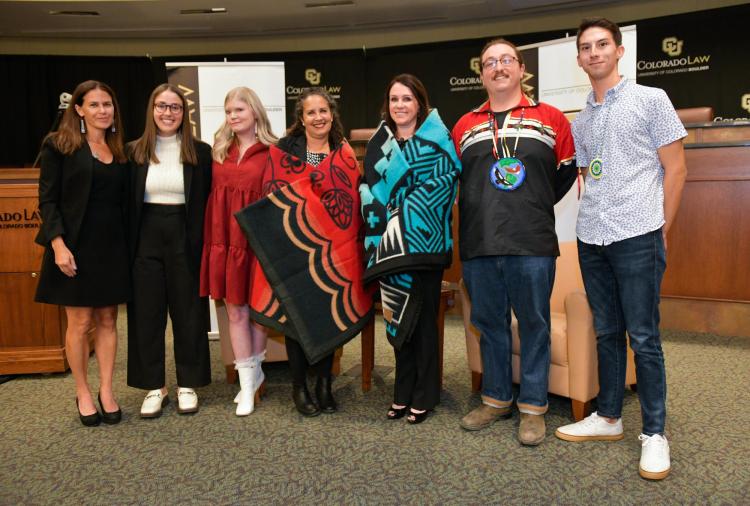 A reception open to all attendees followed the lecture, which allowed students, lawyers, scholars and community members the opportunity to meet Justice Riley and ask additional questions. An intimate dinner followed with invited guests with further opportunity for community building.

In the days that followed, students from the American Indian Law Clinic at Colorado Law reflected on this year's Stevens Lecture. Kate Newman, a second-year student attorney at the clinic noted, "I think it’s wonderful that the law school is highlighting Indigenous voices and that Chief Justice Riley very eloquently connected with people of all experience levels to bring attention to important native issues."

“We are so grateful to Justice Riley for sharing her experience and perspective,” remarked Professor Malveaux. “From experts in the field of American Indian Law to those learning about these issues for the first time, the universal feedback we’ve received is how inspiring and informative her presentation was.”

“The experience of preparing for and conducting the fireside chat was eye-opening for me too,” Professor Malveaux added. “I can’t imagine going forward teaching my first year Civil Procedure class without recognizing the role of tribal courts and the importance of the “third sovereign.” 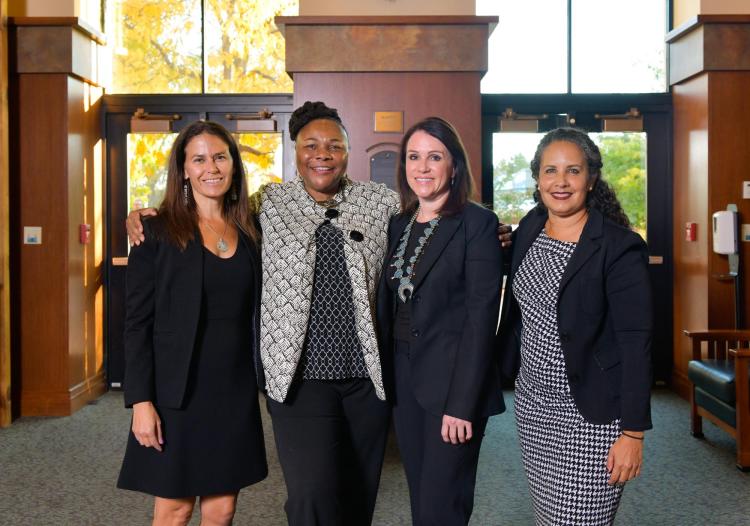 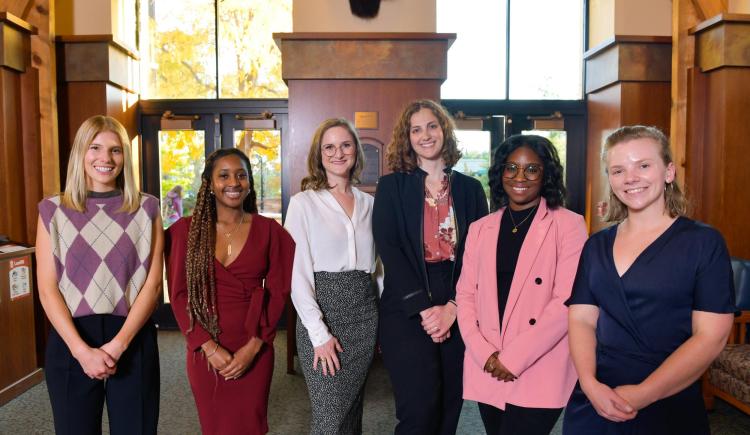