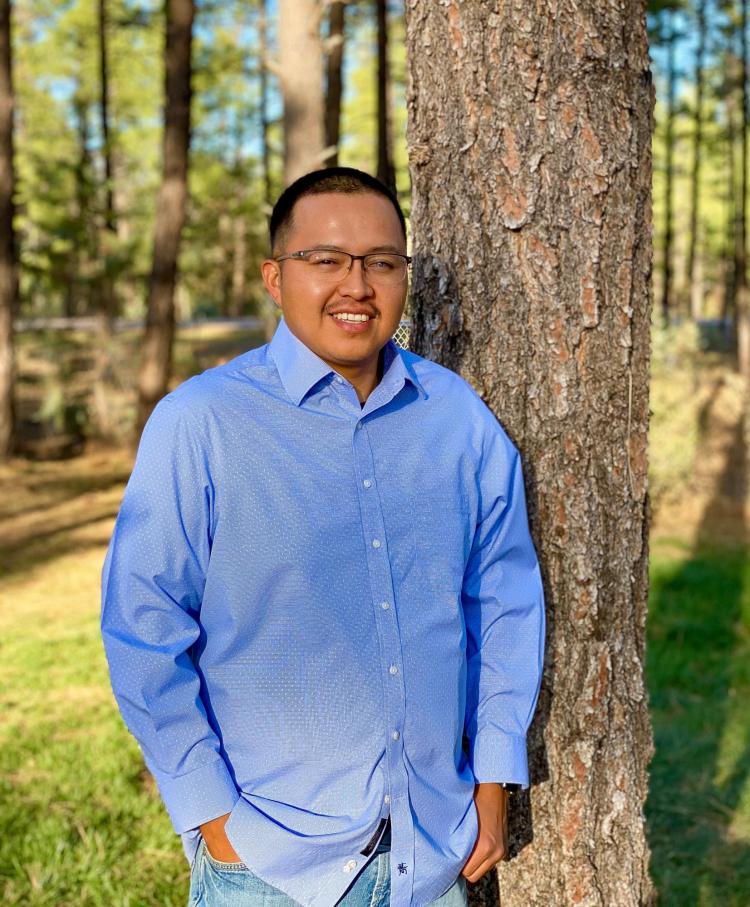 Chase Velasquez, a tribal attorney with experience at the Navajo Nation Department of Justice and the San Carlos Apache Tribe’s Department of Justice, has joined the University of Colorado Law School as a visiting clinical professor and interim director of the American Indian Law Clinic.

Velasquez is an enrolled member of the White Mountain Apache Tribe. He was raised on the Fort Apache Indian Reservation in northeastern Arizona.

"Colorado Law is well-respected for its advocacy on behalf of American Indians, tribes, and indigenous peoples," Velasquez said. "The American Indian Law Program faculty have distinguished themselves for impacting federal Indian law and international human rights through meaningful scholarship and offering students a unique perspective. I am excited to join Colorado Law because of the opportunity to contribute my practical experience as a tribal attorney while sharing my personal views as an Apache and Navajo on the contemporary challenges that Indigenous peoples face."

Since 2017, Velasquez has served as an assistant attorney general for the San Carlos Apache Tribe's Department of Justice. The Tribe is located approximately 100 miles east of Phoenix, Arizona. He advises the San Carlos Council, the Tribe's governing body, and its departments, programs, and committees on matters under federal, state, and tribal law. He also serves as the Tribe’s special assistant U.S. attorney for the District of Arizona, where he assists with the federal investigation and prosecution of crimes under federal law on the San Carlos Apache Reservation in the U.S. District Court of Arizona.

Velasquez began his legal career as a legal fellow for the Indigenous Peoples Law and Policy Program at the University of Arizona, where he worked on legal and policy issues relating to constitutional law, federal Indian law, and international human rights law. He assisted with the legal representation of Maya Indigenous peoples and villages in Belize to secure and protect land rights.

Velasquez has also worked as an attorney for the Navajo Nation Department of Justice, where he advised the Nation's Departments of Economic and Community Development on commercial/industrial development, leases, corporate law, gaming, real estate, and procurement. He handled multi-million-dollar transactions for the Nation and chapter houses relating to construction and infrastructure. A former prosecutor for the Pascua Yaqui Tribe, Velasquez prosecuted felonies under the Tribal Law and Order Act, and crimes committed by non-Natives against Native victims, pursuant to the Violence Against Women Act.