Across Colorado—from Durango to Greeley—a growing cohort of public servants can trace their start to Dan Barash ('02) and his family.

After graduating from Colorado Law, Dan became a deputy public defender in El Paso County (Colorado Springs), where he worked for nearly two years before his untimely death at age 30.

Though Dan’s career in public service was tragically cut short, his legacy was just beginning.

Today, dozens of Colorado Law graduates are helping to carry on Dan’s commitment to social justice and representing the indigent as recipients of the Dan Barash Scholarship. Over the last 15 years, the scholarship has provided financial assistance for more than 30 alumni as they begin careers in public service. This fall, the scholarship reached a longstanding milestone—to fund a full year of tuition for two aspiring public defenders.

Dan found his way to Colorado the same way many of us do. He loved the outdoors, sunny days, skiing, and playing ultimate Frisbee. Among his proudest accomplishments was hiking to the top of Pikes Peak, a trek not for the faint of heart.

"Dan loved Colorado and felt at home there,” said his brother Dave Barash. "He found meaning there. Being in Colorado was a transformative experience for him." 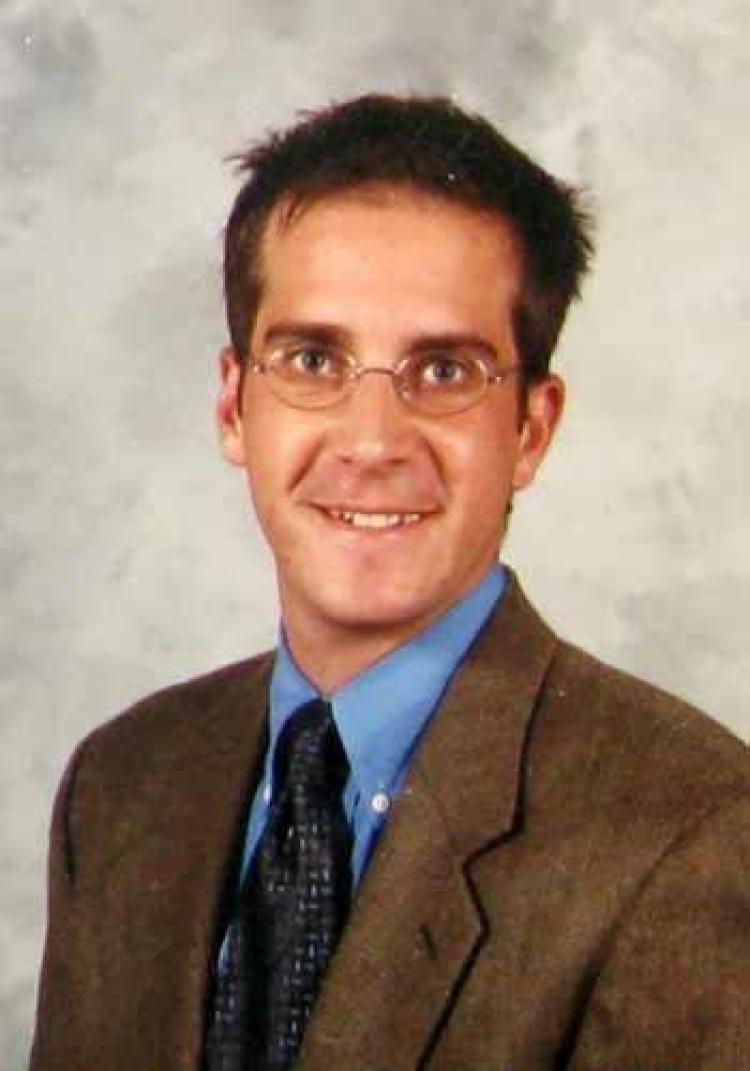 Though he originally planned on becoming a prosecutor, Dan found his calling in public service through the Criminal Defense Clinic and mentors like Pat Furman (’80). While serving as a public defender in Colorado Springs, he received the office’s Cousin Vinny Award. Just as Vinny Gambini did in the movie, Dan was able to secure a not guilty verdict for his client faced with the most insurmountable of odds.

"He found fulfillment in his career and loved his work as a public defender," Dave said. "It’s very difficult work, but he was proud to be in public service, helping the indigent and those less fortunate, and being able to give a voice to the underserved."

After Dan died, his family—parents Paul and Norma and brothers Dave and Jed—sought to take something positive from their loss. They decided to form a scholarship at Colorado Law for other students like Dan who aspired to be public defenders.

"We wanted to find more students who were like Dan, who had that passion for helping others and for working in public service to ensure justice for all and to help provide representation for those who needed it, much like Dan did," Dave said. The family also wanted to ensure that scholarship recipients could pursue the work they loved in public service by lessening the burden of paying back student debt.

They got to work, sending thousands of letters and personal notes to friends and family.

Doing so provided critical healing for the family, who found solace in collaborating on stories about Dan, working through their loss, and remembering his commitment as a public defender, Dave said.

"My father would write personal notes on every letter and sign every single one,” Dave said. "I think it really made a difference. People wanted to be a part of it. It’s been a labor of love."

Their outreach paid off. More than 2,000 donors have chipped in year after year over the last 15 years, including Dan’s classmates and other Colorado Law alumni, members of the Colorado legal community, and even the scholarship recipients themselves. There have also been many “friends of friends” donors, whom the family did not know personally, but who made generous donations after learning of Dan and the family’s fundraising efforts, such as parents of scholarship recipients and Colorado public defenders, Dave said.

To date, the Dan Barash Scholarship has awarded over $500,000 to 31 students and is the only privately funded scholarship at Colorado Law covering a full year of in-state tuition for two students. The family hopes to further grow the scholarship so that they are able to sustain these award levels in the future.

What some of the Dan Barash Scholarship recipients are doing now

"We have recipients from 15 years ago hiring students at the Colorado Public Defender’s Office, and they recognize the significance of earning the Dan Barash Scholarship. They help mentor each other," Dave said.

One such example is Lucy Ohanian (’07), chief deputy of the Colorado State Public Defender’s Office and a 2006 recipient of the Dan Barash Scholarship. She has been promoted through the state’s public defender ranks and is now responsible for recruiting and hiring Colorado’s public defenders. Ohanian has been a great advocate for the scholarship, and even sought the support of the 900+ Colorado State Public Defender’s Office employees, Dave said.

Seibold served as a deputy public defender and supervising attorney in the Golden office of the Colorado State Public Defender from 2007 until 2018, at which time she took on the role of training director. Over the course of her career, she has worked with three-quarters of the lawyers who have received the Dan Barash Scholarship. "Watching these amazing, talented students who stand for a righteous cause go on to become fierce public defenders has been so inspiring. They all make me want to be better," she said.

The tight-knit community of scholarship recipients was a touching and unexpected outcome of establishing the scholarship.

The Barash family reunited with many of the recipients at the 2016 Alumni Awards Banquet, where Dan’s parents, Norma and Paul, and brothers, Dave and Jed, were honored with the Richard Schaden Adopted Alumni Award in recognition of their support and commitment to Colorado Law students. 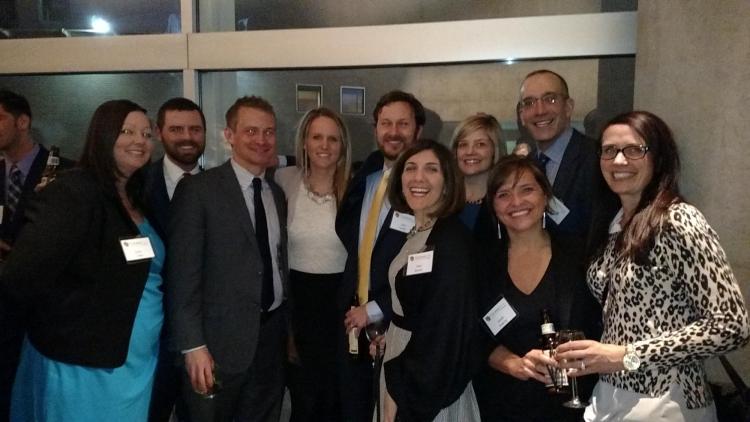 Dan Barash Scholarship recipients with members of the Barash family at the 2016 Alumni Awards Banquet.

"It’s a very heartwarming experience," Dave said. “Establishing Dan’s scholarship to help students follow in his footsteps is among the best things I’ve been a part of in my life."

The scholarship made Cameron Bedard’s (’18) dream of becoming a public defender a reality, allowing him to focus on defending the downtrodden rather than the struggle to pay back student debt.

"When you reflect on the make-or-break moments in life, there are some moments that just stand out as game changers," he said. “I still remember where I was when I received that email informing me I’d be receiving the Barash Scholarship: in the parking lot of the Jefferson County Courthouse moments after getting a verdict in a case I tried as a public defender intern. Two wins that day. One for my client and one that helped me get where I am today. Sincerest thanks to the Barash family." Reflecting on the careers of the Dan Barash scholars, Seibold said, "It is easy to see why they were chosen to receive the Dan Barash Scholarship, and they will no doubt continue this amazing legacy the Barash family has created to honor Dan’s memory. I think Dan would be proud.

In addition to financial support, the scholarship also serves as a reminder that, even on the most difficult days, scholarship recipients have a community of supporters rallying behind them.

"This job can be very difficult—emotionally, spiritually, and intellectually. It is easy to get down on yourself and forget why you became a public defender in the first place; it is easy to get lost in the daily grind and stress of litigation; and it is easy to get discouraged by the unfairness and injustice that occurs in the criminal justice system every day," said scholarship recipient Abby Kurtz-Phelan (’13), a senior public defender in Steamboat Springs, Colorado. "While I never knew Dan, his legacy and the group of amazing current and former public defenders who are a part of his legacy through the Dan Barash Scholarship, serve as a humbling reminder of why I do this work and why it is important to be resilient during some of those difficult moments in my work."

Recipient Jamie Keairns (’15) agreed: "The financial support of the scholarship is an incredible burden lifted with respect to public service work, and that can’t be overstated.

But being a Barash Scholar is more about continuing Dan’s legacy for the wonderful Barash family and joining a long line of public defenders who made this commitment in law school and continue to thrive as public defenders today."

For Dave, it’s all about continuing the cycle of generosity. When he talks to the scholarship recipients, he urges them to find a way to pay it forward: "Whether they’re in a position to financially give back or any other means they can help pay it forward—mentoring someone, helping a client in Dan’s memory—I encourage them to try to continue in their own way that ripple effect of helping others." 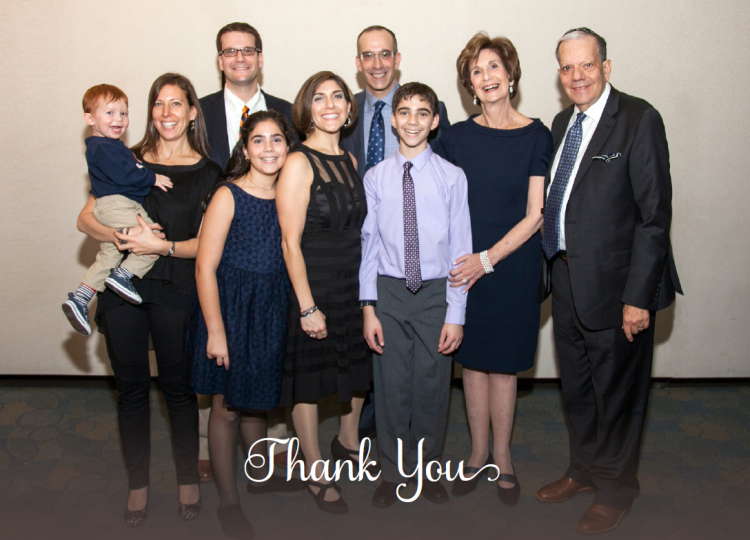 Editor’s note: After a long illness, Dan’s father, Dr. Paul Barash, died on June 8, 2020, in Orange, Connecticut. Dr. Barash was a leader in the field of anesthesiology and a member of the Yale Medical School community for almost 50 years.

"My dad was an absolute force behind our successful fundraising efforts by reaching out to his countless friends and colleagues, and he put in so much care and effort to personalize every donor letter. His leadership and vision for the scholarship was inspiring. Working with him, my mom, and my brother, Jed, to build Dan’s scholarship to support dedicated Colorado Law students and carry on Dan’s life’s work has been deeply rewarding. I let my dad know at the end that we reached our goal of two full scholarships, and I know he was proud."

To make a gift to the Dan Barash Scholarship Fund, please visit giving.cu.edu/barash.