The Only Black Person in the Room 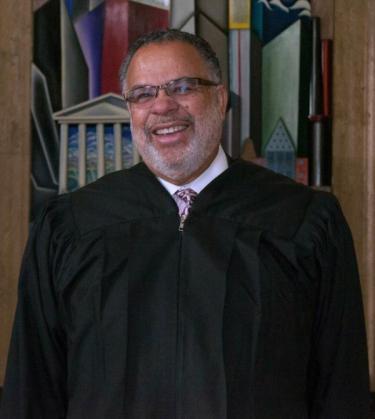 As I reflect upon my life as a Black lawyer and judge in Colorado 50 years after graduating from the University of Colorado Law School, I realize that not since the civil rights movement have we lived in such a momentous time in history. Victor Hugo wrote that "nothing is more powerful than an idea whose time has come." The deaths of George Floyd and Rayshard Brooks at the hands of police officers who have sworn to serve and protect have become a catalyst—a global wake-up call for justice. But, as the protests diminish, we risk that the potential for change may become just another footnote in history, once again leaving the African American as the only Black person in the room.

I recall how, in 1969, The Denver Post featured photographs of me and the three other recipients of internships with the Denver District Attorney’s Office as we proudly raised our hands to defend the constitutions of Colorado and the United States. I was the only Black person in the room.

At the time, I had an Afro the size of an official NBA basketball. The next week I received a newspaper clipping with an anonymous note that stated, “This hairdo is a disgrace to you, your school, and certainly the D.A.’s office.” The same scenario was repeated the next year when I was hired as a deputy Denver district attorney. This time the condemnation was written by a justice of the Colorado Supreme Court. Make no mistake, had my hairstyle conformed to what was considered proper for a Black man in the 1970s, they would have found some other reason to point out the only Black person in the room. 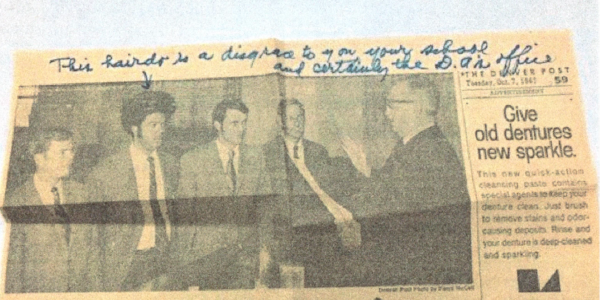 Being the only Black person in the room became commonplace for me in my 50 years as a Black Colorado lawyer:

I have been fortunate to have been mentored and supported by respected men and women, white and nonwhite, yet I will continue to be the only Black person in the room until the University of Colorado Law School, its alumni, and its donors recognize that enrolling fewer than 10 Black students in a class constitutes "tokenism" and fails to impact systemic and social racism that has put the Black community centuries behind in its pursuit of equal employment and educational opportunities. At Harvard there are 60 Black students in its first-year class in 2020. Why is CU lagging so far behind? The Leaders in Law and Community (LILAC) fellowship provides full scholarship opportunities to Black and diverse students at Colorado Law. CU needs community, law firms, and corporate support to make LILAC and its other scholarships for diverse students a significant part of its action plan.

For 2020 to become a benchmark year—the year when a long-overdue idea has come—the University of Colorado Law School must take bold steps to eradicate the social and economic barriers and assure equal educational opportunities for Black men and women. Until I and people like me are no longer the only Black person in the room, incidents like the killings of George Floyd and Rayshard Brooks will continue to occur. Regretfully, those tragic incidents have become a regular and recurring part of my life experiences.

Judge Gary M. Jackson ('70) sits on the bench of Colorado’s 2nd Judicial District. He is a third-generation Coloradan and a pillar of the Colorado legal community who has worked in Colorado’s public sector, private sector, and the judiciary for 50 years.