Associate Professor Benjamin Levin studies criminal law and policy. Here he discusses the relationship between the coronavirus pandemic and criminal justice reform, police unions and their role in policymaking, and mass incarceration in the United States. His latest articles, “What’s Wrong with Police Unions?" and "Imagining the Progressive Prosecutor," are forthcoming in the Columbia Law Review and Minnesota Law Review, respectively. 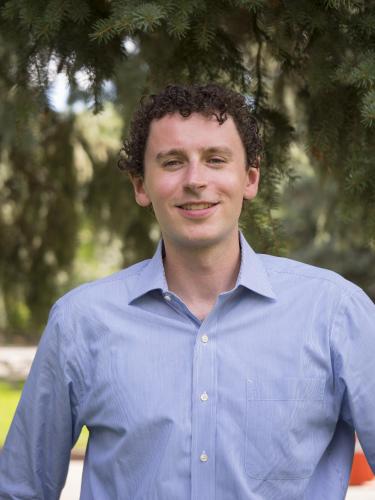 Why is it necessary to consider criminal justice reform in the context of other movements for social and economic change?

The criminal system doesn’t operate in a vacuum. Too often, discussions of criminal law focus on individual cases or questions of morality as though they aren’t tied to institutional design decisions relating to housing, employment, mental health, and a host of social services. One reason we have so many criminal laws on the books and so many people incarcerated is a failure to think outside of the box of punishment and explore nonpunitive responses to social problems. So, a fuller picture of criminal justice reform would consider the way that criminal law interacts with other regulatory schemes and the way that criminal punishment implicates noncriminal institutions.

What sparked your interest in police unions and their role in policymaking?

After law school, I worked at a firm representing victims of police misconduct. In our cases, police unions operated as stand-ins for "bad policing," serving as obstacles to reform and accountability. That view of police unions has predominated in the academic literature and in policy conversations I’ve been a part of. At the same time, I come from a pro-labor background, and I have written about historical hostility toward unions. So, I arrive at my study of police unions from a place of ambivalence: I worry about the role they have played in upholding the injustices of our criminal system. But I also worry about the ways in which criticism of them can cut more broadly and support attacks on organized labor.

What has the death of George Floyd and others at the hands of the police revealed about the state of police unions, and what reform is necessary?

I see them as revealing more about policing than police unions. The video of Officer Derek Chauvin killing George Floyd drives home the violence inherent in policing and the ways that violence implicates inequality along lines of race, class, and social marginalization. Unions become an easy target for outrage because they have taken a hard line in support of officers accused of misconduct. It’s important to recognize the role of unions in setting policy. (I’m actually a part of a nationwide working group on state labor law and policing.) But the focus on unions risks letting others off the hook. Elected officials have failed to rein in police and have signed off on contracts that stymie oversight. Lawmakers, judges, and voters have continued to expand the criminal system and empower police. Putting the blame on unions obscures that complicity and, I worry, plays into a broader narrative about public-sector unions (rather than policing) as the real problem.

How has the coronavirus pandemic exposed structural flaws of the U.S. criminal system during "normal" times?

Over 2 million people are locked up, and millions more are under some form of state supervision. For those who are directly affected by the system, the brutality of its "normal" operations is unavoidable. The pandemic has shone a light on and exacerbated many aspects of the system that often escape the broader public’s attention. For example, people charged with crimes are often held in jail awaiting trial because they can’t afford bail. Despite being presumptively innocent, they can be locked up for days, weeks, or months. That dynamic has led to constitutional challenges and legislative efforts in Colorado and elsewhere to enact "bail reform." During the pandemic, the injustices of incarcerating people because they are too poor to pay has become even clearer: Jails are petri dishes for disease, so leaving someone locked up could mean death or serious illness.

What opportunities and challenges does the coronavirus present for criminal justice reform?

The pandemic has thrown many societal flaws into stark relief. Economic inequality appears even more glaring as some of us are able to work from home, while others lose jobs and housing. Similarly, the criminal system’s harshness has become clearer to many people who otherwise wouldn’t be aware. The pandemic helps bring urgency to discussions about reform: Jails and prisons are the sources of many of the nation’s largest clusters of cases, so addressing mass incarceration has become a pressing public health concern. The worry, though, is that folks might view the problems identified this summer as "exceptional" and see emergency fixes as long-term solutions, rather than stopgap measures to address longstanding injustice.

What advice do you have for law students interested in a career in criminal justice reform?

Don’t get discouraged! I am thrilled by how many CU grads go into criminal practice, and it’s an exciting moment to be working in the field because there is so much interest in reform. But that doesn’t mean there are easy answers. The policy questions are hard, and the politics are complicated. Mass incarceration didn’t happen overnight, and neither will a transformation of the system.