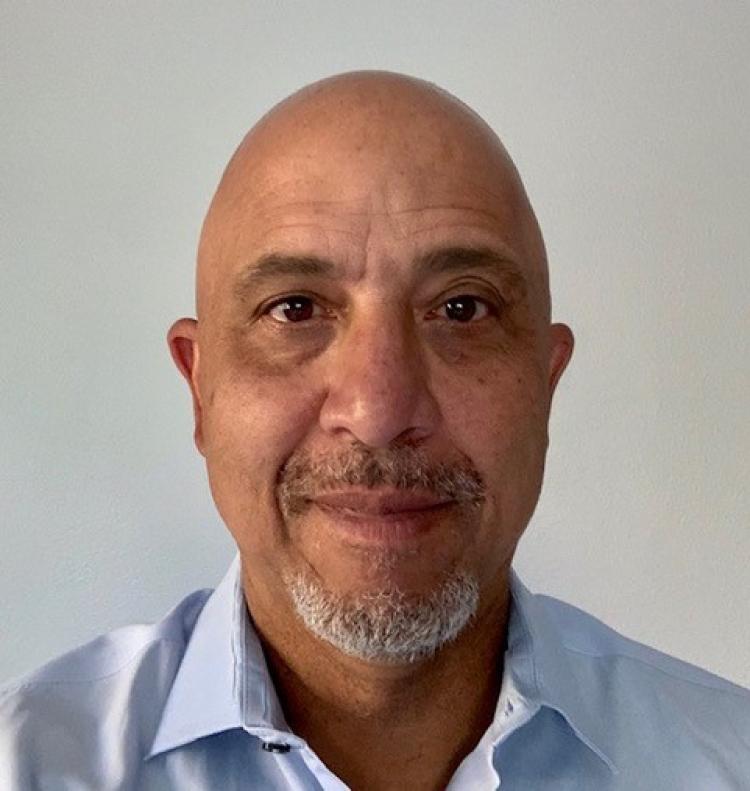 Henry Cooper’s decades-long career at the Denver District Attorney’s Office began as an internship in 1986, where he handled bond hearings for serious cases under then-District Attorney Norm Early. He later moved into the Gang Unit, where he spent the majority of his 34 years at the office prosecuting cases that involve gang-related crime. He officially retired from the DA’s office in September 2020.

Cooper grew up in Denver, attending East High School before pursuing a college basketball career. “I bounced around at a couple of smaller schools playing basketball before ending up at CU for my last year and a half,” he said. He graduated from CU Boulder’s business school before continuing on to earn his JD at the University of Colorado Law School.

Becoming a lawyer was not a preconceived path for Cooper. “No one in my family was a lawyer,” he said. “I have a finance degree and initially thought I would get an MBA.” It wasn’t until a friend mentioned law school that he began weighing his options. “At the time, CU didn’t have a joint degree program for a JD/MBA, so you had to design one,” he explained. “I spoke with advisors at the business and law schools and was able to set up a joint degree path where I would spend four years studying both disciplines.” However, halfway through the process, he stopped pursuing the joint degree. “I figured I would just be a lawyer,” he laughed.

Because of his degree in finance, Cooper suspected he would practice corporate litigation or something related. However, he ended up pursuing a field quite the opposite by working for the Denver District Attorney’s Office. “In school, I received the highest grade in my Tax Law class and a C in Criminal Law, so the fact that I ended up at the DA’s office was unexpected,” he said.

When the time came during his second year to pursue legal clerkships, Cooper began working for Harold “Sonny” Flowers (’71), who had a law office directly across the street from campus. Flowers, a prominent Boulder attorney and champion for diversity, passed away in July 2020.

“I spoke to him one day about potentially working at a big corporate litigation firm in downtown Denver and making some money,” Cooper said. “Sonny told me that if my grades were not in the top 10% of my class, I should probably get some trial experience with the DA or public defender and then do a lateral move down the road.”

This conversation prompted Cooper to consider a summer internship at the DA’s office, which is how he began his long trajectory there. The summer between his 2L and 3L year, Cooper worked as an intern at the Denver DA’s Office.

“The DA at the time was Norm Early, also an African American, who hired me as a paid intern,” he said. “The way they operated under the Student Practice Act was that as an intern I was able to handle bond hearings for serious cases.” At the end of the summer, Cooper continued working part-time for the DA throughout his 3L year. “Mr. Early offered me a job at the end of my 3L year and I took it,” he said.

Because Cooper grew up in Denver’s inner city, he was pre-exposed to some of the challenges he would encounter later in his career. He remembers one situation where he came face to face with a former high school classmate. “It was my very first day doing a bond hearing and the defendant, charged with a homicide, was a man I went to high school with,” he said. “I look at him and he looks at me and says, ‘Coop, is that you?’ Those moments presented themselves to me throughout my whole career.” Due to his Colorado roots, Cooper says, “I know a lot of people and a lot of people knew me.”

Having a personal connection to his cases was an area in which Cooper always proceeded with an abundance of caution. “If it was someone I knew well, I wouldn’t handle the case because of the conflict,” he said. “But I would often know people tangentially, like a friend of a friend, where I’d have to really examine the relationship to make sure I felt comfortable.”

For Cooper, the most important task was doing what was right. “In my mind, as long as I was doing what justice demanded in the case and treated whoever it was just like they were anyone else, at the end of the day I would know I was fair to them,” he said.

As deputy district attorney, Cooper handled misdemeanors in county court. He was promoted to handling felonies in district court a few years later. In the early 1990s, Cooper was placed in the district attorney’s Gang Unit, where he spent the majority of his 34 years at the DA's office.

“I prosecuted street gang cases and primarily gang murder cases for most of my career,” he said. “I tried almost 60 murder trials in front of a jury which some people have said might be the most murder trials any lawyer has done in Colorado.” This is something Cooper is proud of, but also acknowledges that prosecuting these types of cases takes an emotional toll.

“The hard part about murder cases are the emotions involved because in every single case at some point after the murder, but prior to the first court appearance, I sit down and meet with the family of the victim,” he said. “Doing gang cases, that meeting is often with parents who have just lost their child and I’m with them when the wounds are still open.” Cooper says this emotional process didn’t affect him as much when he was younger, but he believes it to be cumulative. “It takes a little piece of you every time you do those meetings,” he said. “Towards the last few years, it’s been more difficult.” Cooper encounters not just the family of the victim, but the family of the defendant as well. “You have parents who have their child sitting across the room facing a life sentence and they’re very emotional,” he said. “Dealing with the emotional aspect is much harder than choosing a jury, cross-examining witnesses, and following through with all of the nuts and bolts it takes to try a case. It affects me more.”

He recalls other challenges related to gang cases, which often involved both Black victims and defendants. “There was one instance I remember when I did a plea bargain on a case, and at the end of the hearing the defendant’s mother yelled at me that I was too hard on her son because he was just another Black kid in the system,” he said. “Then, I walked down the hall to get in the elevator and the victim’s mother gets on with me and yells at me for being too soft and not treating the case seriously because it was a Black-on-Black crime.” Cooper felt in that moment, and many others, that it was difficult to win either way. “What that did for me was bring home the fact that, no matter what I do, you can’t keep everyone happy,” he said. “As a prosecutor, you have to do whatever you think is just and keep moving forward.”

Recently, the courts have had to alter their operations drastically under COVID-19. Because courts are still closed, the majority of work is done virtually.

“Since March, we’ve been pushing trials out until the courts open up so we can start doing jury trials,” Cooper said. “But July and August came around and the courts were still closed, so we had to start trying cases.”

Cases on trial today look quite different than they used to. “We’re trying cases now where all the jurors are spaced out and they have to sit in the gallery because the jury box isn’t big enough,” he said. “All the lawyers and witnesses wear masks.”

Trials, especially serious criminal trials, are often very personal. “To have everyone masked up like that is too sanitized,” said Cooper. “I don’t know how you judge the credibility of a witness when you can’t see their facial expressions.” This has presented a significant challenge, but not an insurmountable one. “Trial has been difficult, but we’re doing it,” he said. “We’re not doing as many because it’s such a challenge logistically, but we’re getting them done.”

Cooper officially retired from the District Attorney’s Office in September.

“Because of COVID-19, they offered some incentives to people to retire early, although I’m not sure 34 years is early,” he laughed. “It wasn’t something I planned, but it just made sense.”

Although he is no longer with the DA, Cooper feels he is “too young” to stop working entirely.

“I’m exploring what the next step is,” he said. “It might be private practice or working for a DA’s office in another city, but I plan on practicing law for as long as I’m able.”

What are some of your fondest memories at Colorado Law?

Professor David S. Hill, an African American, taught Property and would reach out to the African American students. There were so few of us at the time—the class before me had zero African American students and my class had five. Professor Hill reached out to us and had us over to his house. He went beyond his academic role to be a mentor. The other students and I became very close. One of them, William “Bill” Robbins (’87), worked at the DA’s office and then became a judge for the 2nd District Court. While I was at the DA, I was appearing in front of him a lot. The relationships that I built with all my friends in law school made the experience 100% positive.

I wish I had known that, in terms of what your career is going to be, you don’t have to plan it out or follow some certain path. You can let it do what it’s going to do. If I had known that back then, it might have saved me some anxiety. Especially as a young prosecutor, I was always worried about what I was going to do next, when I would go to a firm or when I would make my next move. Eventually, it all worked out for me. Those things can happen organically.

What do you do when you’re not working?

Your daughter has followed a similar path as you. Tell us about her.

My daughter is Brittany Cooper and she graduated from law school five years ago. She went to the University of Denver Law. She’s following in my footsteps at the DA’s office and became a prosecutor. She started off as an intern and has now been a deputy district attorney for about four years. Her career path is a bit different because the job has changed a lot. I was kind of your hard-nosed, lock-them-up, gang prosecutor. She’s a more progressive prosecutor where she’s attuned to social aspects and treating people versus locking them up. It’s her passion and she’s doing very well. She’s in the juvenile division right now.