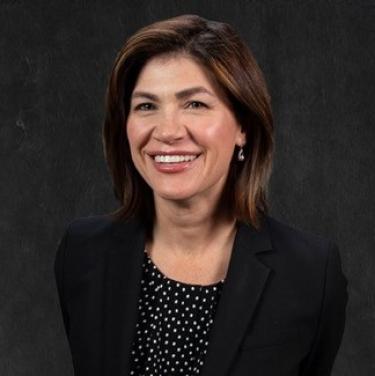 When Alisha Taibo Coombe ('09), a trial attorney on the commercial litigation team at Burg Simpson, began her law school career at age 30, she left behind a rewarding job on the investment team at Janus Capital Group. “I originally wanted to become an analyst because I loved research and I’ve always been good at math,” she said. “However, I did not really feel that my passion was in finance.” One day, her mom suggested she switch careers. “At first I thought, ‘I can’t do that! I’m 29,’” she laughed. “My mom told me to go pull out the Sunday paper, sit at the kitchen table, and circle jobs that sounded interesting to me. That’s how I chose law.”

One year later, Coombe started at the University of Colorado Law School. “I had read an article about women starting their own law firms that inspired me,” she said. Coombe knew she wanted to be a mother, so the opportunity to work for herself and have more flexible hours attracted her to the legal field. “I thought this was the ideal field if you’re an independent woman and want to both be a parent and have a career,” she said.

When she began her legal education in 2006, she knew specifically that she would not pursue corporate law. “My legal writing professor asked me what type of law I was interested in, and I joked, ‘Family law because I like sticking my nose in other people’s business’,” she laughed. “The truth is, I wanted to help people out of difficult situations. I always enjoyed helping my friends who were going through breakups. I thought, ‘That would be a great career if I could do that for a living.’”

After the collapse of Lehman Brothers in 2008, the reality of a difficult job market hit Coombe hard. “After graduation, I applied for everything out there, from clerkships and district attorney jobs to public defender and private practice jobs,” she said. “I drove four hours with no air conditioning to interview in Alamosa for a DA job.”

While waiting tables at night, Coombe emailed several law firms in the area with her resume. “I sent letters to every single judge in the Front Range districts and offered to clerk for free to gain experience,” she said. Her sole response came from Chief Judge Larry Naves (’74) in Denver, who offered to email other judges and encourage them to take Coombe up on her offer. “Judge [Catherine] Lemon (’82) graciously accepted and allowed me to come in whenever I was available and help her clerks,” she said. “I ended up working with her division for two months until I obtained a full-time legal position.”

Her first paying legal job was at Stowell P.C., a small firm in Lone Tree, Colorado. “When I moved to Lone Tree, I Googled ‘Lone Tree Family Law’ and sent emails to the attorneys that came up, introduced myself, and extended an invitation to lunch,” she said.

Ron Stowell, who is now retired, had a small firm doing family law, light criminal defense, and civil litigation just down the street from Coombe’s apartment. “He told me to come by one morning, we shot the bull for an hour, and he offered me a job,” she laughed. “It was amazing and I walked out of there completely blown away.” Here she learned how to run a successful firm and prepared to go out on her own. “Ron is a really good man and mentor,” she said.

In January 2012, Coombe hung her own shingle practicing primarily family and juvenile law. She focused her work on victims of domestic violence, and also served on the board of directors at Gateway Battered Women’s Services.

After eight years running her own firm, last January Coombe closed up shop to start working at Burg Simpson. While her work in family and juvenile law allowed her to help many people in difficult and even dangerous domestic situations, after 10 years she was ready for a new direction.

Coombe had been doing contract work with Burg Simpson since 2019 and was hired as a full-time employee on its commercial litigation team in 2020. “After all that, I am doing business law,” she laughed. “I conduct research and draft motions on incredibly complex topics and I really love delving into new aspects of the law on a daily basis. Plus, I still get to help people in unfortunate and even tragic situations, but now it is on a grander scale, working with a huge team of some of the best legal minds.”

After two career changes, Coombe stresses the importance of joining a local bar association—and that it does not necessarily have to be the one where you live. “When I was practicing in Douglas County, an attorney I was working with told me to join the Arapahoe County bar because they had a lot to get involved in,” she said. Since joining the Arapahoe County Bar Association eight years ago, Coombe has met many people from various practice areas and credits the bar as an excellent way to meet others.

“When I was going out on my own, I was able to expand my practice into estate planning because some attorneys I met through the local bar mentored me,” she said. “That’s also the same way I broke into juvenile law and commercial litigation. It’s so important to know your local attorney network.”

My years in law school were the happiest years of my life. I was in the Army for four years, so I did my undergrad at night in the Army over the course of 10 years and finished after I got out. I had never had the opportunity to just be a student. When I got to law school, I really thought it was the coolest thing to be able to watch Rachael Ray every day at 9 a.m., go to class at 10 or 10:30 a.m. and be off by 2 p.m. to do homework in the comfort of my own apartment. I loved law school because I really took to learning how to research the law, analyze it, and argue it. The cerebral part of law school, and the fact that it was my full-time job, is what I was most fond of. I wanted to cry when people asked me if I was excited to graduate.

Who has been an important mentor to you throughout your career?

Mike Sawaya. I met him in law school. I was in the Civil Practice Clinic and did a presentation on attorney marketing. I called his office to ask to interview him for the project and the woman who answered said, “Hold on a sec,” and put him on the phone! He let me interview him right then, and said, “Would you like me to come and talk to your class?” Naturally, I took him up on the offer and I had him come speak during my presentation. He and I have been friends for the past 13 years. When I started my firm he said, “As long as you follow the rules of professional conduct, no one can hurt you.” He has always stressed ethics and being kind and helpful to your clients. He has been one of my greatest mentors. I appreciate him so incredibly much. There’s not a kinder soul.

One of my proudest professional accomplishments is that I was able to serve in the Army and still have the discipline to take classes at night. I was 17 when I shipped off and wanted to get serious and do something with my life when I left. While stationed in Korea and Arizona I was able to complete 30 credit hours by the time I was honorably discharged.

Tell us a little bit about your family.

We’re a blended family. At the age of 39, after practicing family law for so long, I wasn’t sure I’d ever marry. So, I decided to have a baby on my own. I met my husband while I was pregnant—go figure. It was just like that movie, The Back-up Plan. But, we fell in love. He already had three kids and he was there when my son was born. We got married and he adopted our son. It was really special to have a friend I’d met through the Arapahoe Bar, Judge [Natalie] Chase, preside over our adoption. Our kids are 14, 13, 9, and 4 and a half. 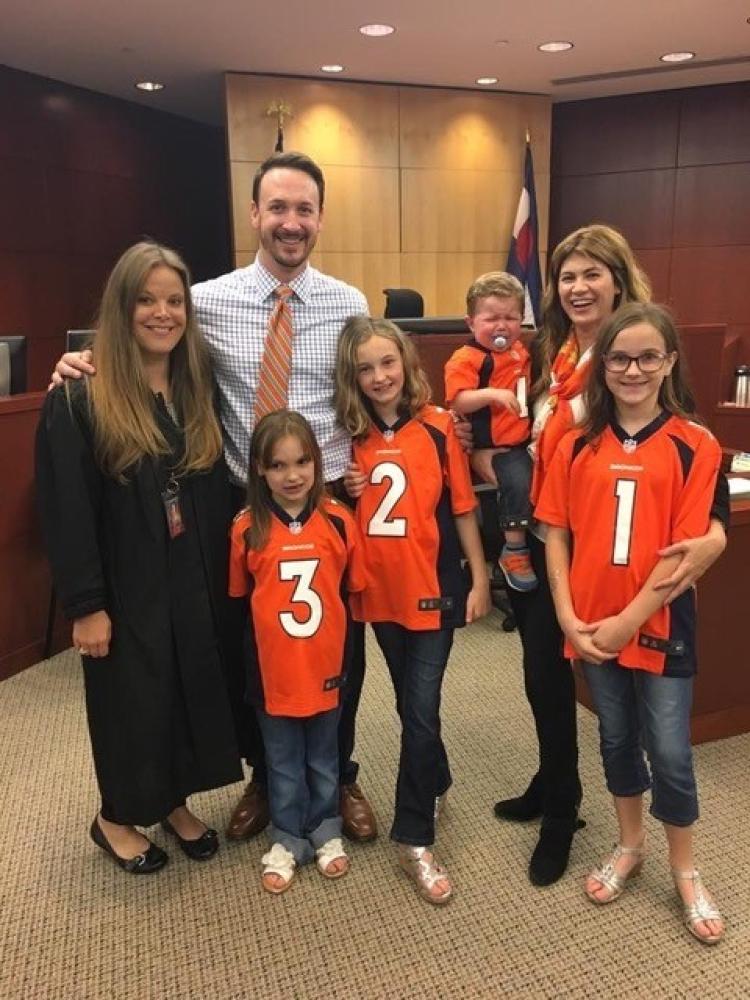