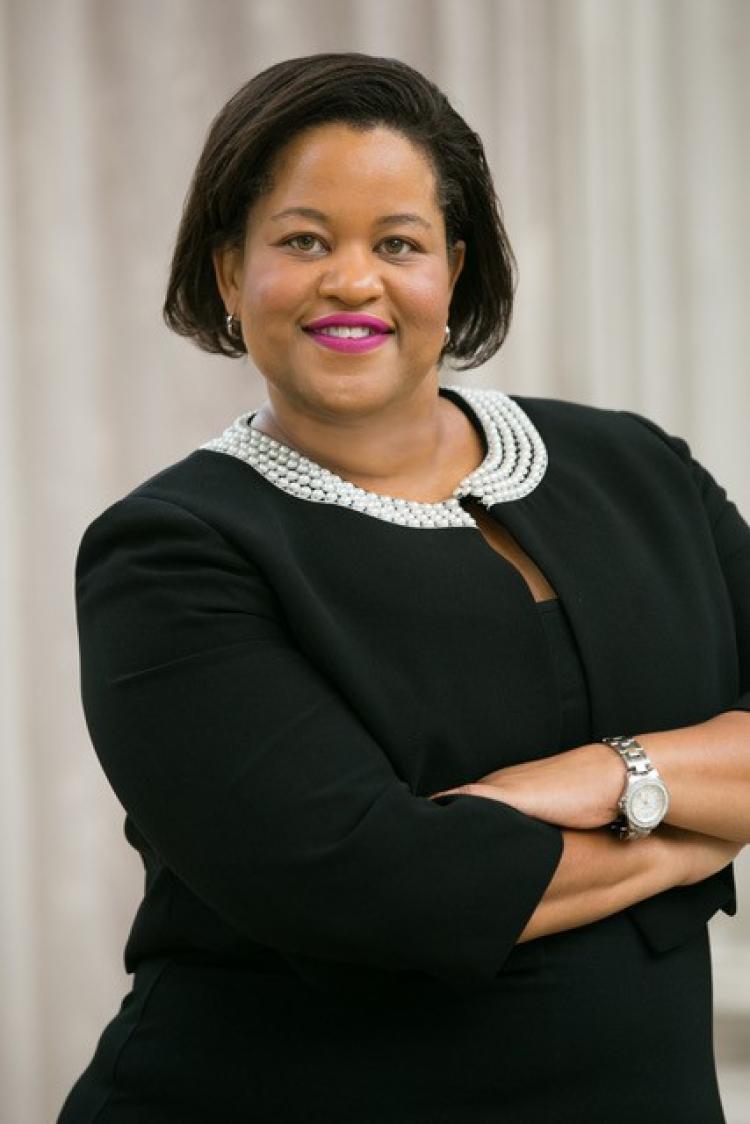 After graduating law school in the aftermath of the 2008 financial market crash, La Kischa Cook ('09) faced a bleak job market. With resiliency, focus, and helpful connections from law school, she heeded the advice of Hon. Robert Russel ('84) to embrace a winding path through her legal career. Today, as an attorney advisor for the federal government, Cook performs civil rights work as an equal employment opportunity specialist with the Western Area Power Administration (WAPA), an agency of the U.S. Department of Energy.

Cook, a proud double Buff, first graduated from CU in 1997 with a bachelor’s degree in kinesiology. She worked in the insurance industry for 10 years before attending law school.

"I had been working as a claims adjuster negotiating settlements with attorneys and wanted to understand the process from the other side," she said.

The financial market crashed shortly before her 2009 law school graduation, creating a challenging backdrop for her job search. "I had chosen to go to London for the fall semester and was studying abroad in 2008 when everything went sideways," she said. “When I came back in 2009, I was unprepared in that I hadn’t done the work in the fall semester to make connections or gain practical legal skills in order to find a job after graduation."

Cook did not have a job upon graduation, and proceeded with concentrating on the bar exam. However, due to financial constraints, she decided to postpone sitting for the test.

"If I can offer any advice to recent graduates, it is to concentrate on passing the bar exam," she said. "I recognize graduates may have challenges due to COVID-19, but as much as they can prepare for the future and focus on that last aspect of their legal training, they need to do so."

As she resumed her employment search, Cook found herself in the compromising position of having to work for free—advice originally suggested by former Dean and current Colorado Attorney General Phil Weiser. "He told me that I may have to work for free and at the time I thought 'yeah right,'" she laughed. "But it is exactly what I ended up doing."

Cook clerked pro bono for Denver District Court Judge John Madden IV ('90) for six months. "It was an unpaid internship, but I was doing legal work and fostering relationships in the legal community," she said. "I’m most proud that my resume reflects that I’ve always held a legal job."

In obtaining those legal positions, Cook credits her connections and the importance of manifesting and nurturing genuine relationships. She emphasizes the value of connections made in the classroom during law school. "Over the last 10 years, seven out of nine of my jobs have been due to connections I’ve had with classmates," she said. "I essentially had a network of people who knew things about me that weren’t necessarily reflected on my resume, and having someone know who I am was helpful getting my foot in the door, especially in a competitive market."

For relationship building, Cook advises to not stress over formalities and find what feels natural for each individual. "There were times where I met with attorneys and 'did coffee,'" she said. "But I always felt awkward following up, so I looked for other ways to form relationships within Denver’s legal community." Cook got involved with the Colorado Bar Association (CBA) and volunteered with its high school mock trial program, allowing her to interact with judges and attorneys in an informal setting. She also served two terms as CBA’s delegate to the American Bar Association’s House of Delegates. "They were leadership positions I could put forward and discuss in interviews," she said.

"It’s in the area of employment law, which is something I’m passionate about," she said. "My favorite part of the job is helping my organization embed inclusion and diversity concepts into its culture which includes a lot of standing up in front of people and advocating."

Cook works with three former classmates from Colorado Law’s Class of 2009, which she says not only helped her get her foot in the door, but also elevated her professional reputation early on in her career at WAPA. She describes her work in employment law as "fascinating," mentioning that, although Title VII was enacted in 1964, we’re still "trying to fight the same fight" in 2020. "The relevancy of employment law and the social and economic justice aspects of it are what drew me to the area," she said.

After four years at WAPA and six with the federal government, Cook will leave WAPA in August to take a position with Magistrate Judge S. Kato Crews at the U.S. District Court.

Cook's parting wisdom to graduates entering the job market during a global pandemic is simple: Work hard. "Graduates are going to have to hustle, especially if they don’t have financial resources to help them," she said. "If you can’t find a paying legal job, you may have to work for free or work part-time outside of the legal industry to make ends meet." Cook held numerous part-time positions while the economy was still recovering.

"Those first few years after law school are when you have to put your head down and believe in yourself," said Cook. "If you want this law career, you’re going to have to work for it."

What is something you believe all current law students should know?

You really need to find a way to differentiate yourself, and for me it was the connections I had formed while I was in law school. When I went into interviews without having a connection, I was not as successful. Networking, however you do it, is important so that people learn of your work ethic and your smarts.

I am most proud of having come this far. 2009 was a tough year. When I recall where I was and how dire I viewed the situation, I am amazed at where I am now. It took effort, some tears, and a lot of help from others, but I am finally realizing professional success in the legal field.

Who has been the biggest influence on your career?

There have been so many people, family, friends, and colleagues, who have encouraged me along this path. Dayna Matthew, former associate dean, was instrumental in helping me to get where I am right now. Former Assistant Dean SuSaNi Harris is also someone I kept in contact with during my first four years out of law school. There were many coffee conversations and advice on what I needed to do to get to the next level.

What is the best career advice you’ve received?

The best and most encouraging piece of advice I received was from the Honorable Robert Russel (’84). He told me there are many paths up the mountain and mine was not going to be a normal trajectory. Times were different and he had me recognize that my path was not going to be straight, but winding, and there may be some backtracking before you make it to the top. The most important thing is to recognize that you can get where you want to be, but you must remain resilient and focused on your goals.