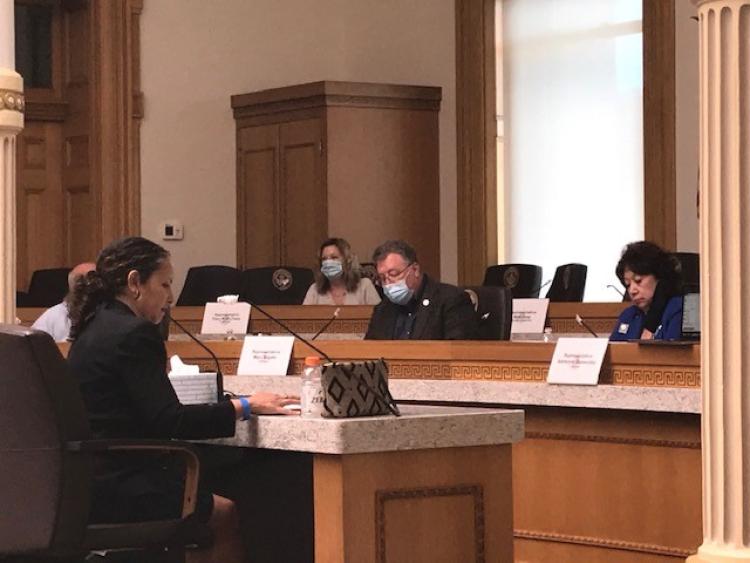 This article has been updated to reflect that on Friday, June 19, Gov. Jared Polis signed Senate Bill 217 into law.

Senate Bill 217 was introduced in the aftermath of the May 25 killing of George Floyd while in Minneapolis police custody and the subsequent protests and demonstrations in Denver, the nation, and the world. The bill forbids chokeholds, mandates body-worn cameras, heightens the use-of-force standard, requires bystander officers to intervene, and requires extensive data collection, among other measures. It also calls for ending qualified immunity as a defense for officers in civil suits.

Malveaux testified about the need for greater police accountability and the importance of not permitting the defense of qualified immunity.

"This is a seminal moment for the state of Colorado and this country," Malveaux said. "We have an opportunity and a responsibility to be bold right now, when so many are in tremendous pain because of the current and historical abuse of power by some law enforcement against Black Americans over the last 400 years. This bill is groundbreaking because it creates a private right of action to enforce the Colorado state constitution."

Malveaux warned that qualified immunity, a popular defense in the federal courts, was functioning as an "almost absolute shield" for police officers who violated the U.S. Constitution and could end up doing the same in Colorado.

The committee heard over 10 hours of testimony from dozens of family members and victims of police violence, police officers, and legal organizations in support of and against the bill. A recording of the testimony is available (Malveaux begins at 1:35:20).

Malveaux recently wrote about the legal requirements of Colorado’s new police integrity and accountability bill in a June 17 op-ed in The Washington Post, "We Must Tear Down the 'Blue Wall of Silence'; Here’s How Civil Lawsuits Could Help." Malveaux and her coauthors argue that states should require bystander police officers to intervene to prevent racial violence and other civil rights deprivations, and be subject to civil liability if they do not. Colorado is one of very few states in the country that now requires this, Malveaux said.

Malveaux, who serves as director of the law school’s Byron R. White Center for the Study of American Constitutional Law, is nationally recognized for her work in civil rights and civil procedure.