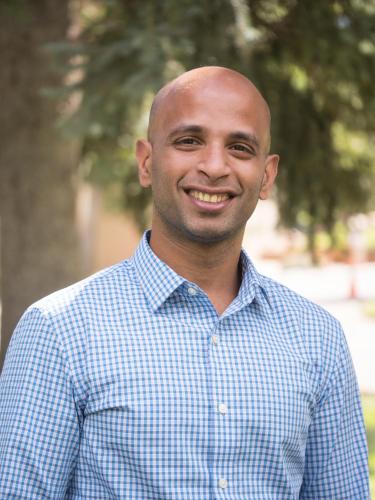 Fifty law professors gathered by University of Colorado Law School Professor and lead author Craig Konnoth signed an amicus brief that was submitted to the U.S. Court of Appeals for the Tenth Circuit in a Colorado antidiscrimination case. The professors were drawn from every state in the Tenth Circuit.

Konnoth, as counsel of record, filed the brief in support of the defendants in 303 Creative LLC and Lorie Smith v. Aubrey Elenis, et al. He wrote the brief with the assistance of students in Colorado Law’s Appellate Advocacy Practicum, its director Matthew Cushing, and Mari Newman of Killmer, Lane & Newman, LLP.

The plaintiff, a web designer, has stated that she does not wish to design websites for same-sex weddings, and wants to post a statement to that effect on her studio’s website. The brief asserts that these actions appear to violate the Colorado Anti-Discrimination Act (CADA), and plaintiffs have preemptively sued to keep the state of Colorado from enforcing CADA against them on federal free speech and free exercise grounds.

"While the Constitution rightly respects religious freedom, that freedom should not translate into the ability to oppress vulnerable minorities. This case once more determines whether courts will allow religious minorities to get special protections, and opt out of the laws created by democratically elected governments," Konnoth said.

In their brief, the amici ask that the Tenth Circuit not create a speech or religious exception to antidiscrimination law that would affect all minorities protected by such laws across the Tenth Circuit.

Konnoth joined the Colorado Law faculty in 2017. He teaches Health Law, Sexuality and the Law, and Property and runs the Health Law Certificate Program. He is active in LGBT rights litigation and has filed briefs in the U.S. Supreme Court and the Tenth Circuit on LGBT rights issues.