Home Amicus | Spring 2020 Issue When They See Him

When They See Him 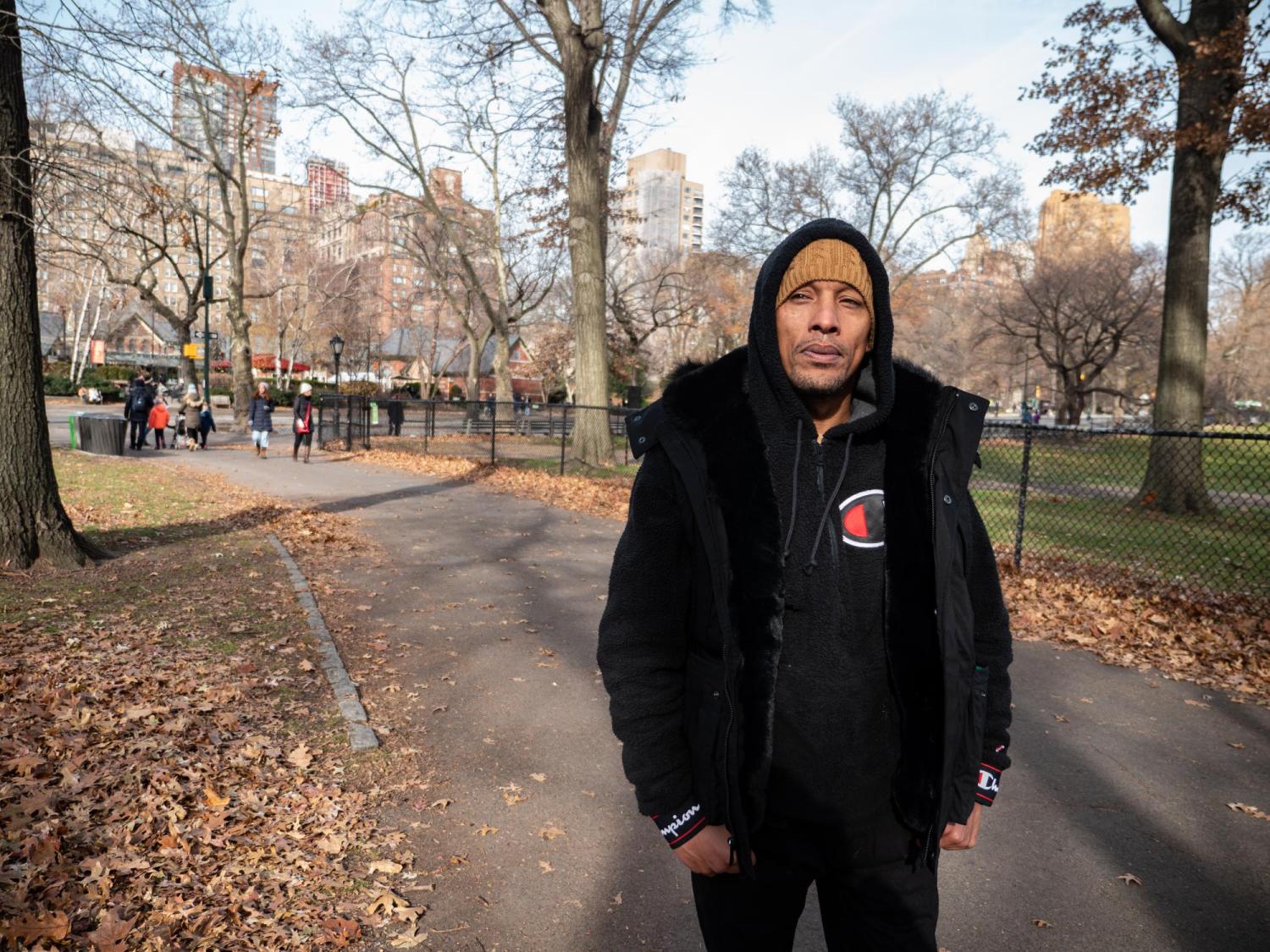 The weekend of May 31, 2019, started out normally for Anne-Marie Moyes, director of the Korey Wise Innocence Project (KWIP) at Colorado Law. She caught up with volunteers, reviewed applications, and made a few calls. On Saturday, one of KWIP’s law student volunteers called to urge her to check the Facebook page: Hundreds of messages were pouring in following the previous day’s release of When They See Us, a four-part Netflix docuseries about the Central Park Five.

The series, which a record-setting 23 million people watched in its first month, depicted the events leading up to the wrongful arrest and conviction of Antron McCray, Kevin Richardson, Yusef Salaam, Raymond Santana, and Korey Wise for the rape and assault of a female jogger in Central Park in 1989.

The last two episodes put Wise’s story front and center. At 16, he was the oldest defendant, served the most prison time, and was the only one sent to adult prison. The series reveals Wise’s painful experience of enduring solitary confinement and repeated assault by other prisoners. As the series makes clear, Wise suffered this fate even though he was not initially a suspect and only got roped into the investigation because he chose to accompany his friend to the police station for questioning.

His experience resonated with viewers, who immediately began writing to the project at Colorado Law bearing Wise’s name asking how they could get involved. Within a month of the docuseries’ release, the project received nearly 200 times the number of individual contributions compared to the same period in 2018. By the end of the year, nearly 500 people—mostly first-time donors—from across the U.S. and internationally had donated to the project. Many wrote that they felt this was their opportunity to make a difference and right some of the wrongs that Wise had been dealt.

Many wrote that they felt this was their opportunity to make a difference and right some of the wrongs that Wise had been dealt.

Founded in 2001 by a coalition of Colorado lawyers led by Jim Scarboro (’70), the Colorado Innocence Project moved to its current home at Colorado Law in 2010. For years, it was a volunteer-run project overseen by Professor Emeritus Pat Furman (’80) and Clinical Professor Ann England. In 2015, Wise, who was exonerated by DNA evidence in 2002, made an initial gift to the Colorado Innocence Project after learning about it from his lawyer, Jane Fisher-Byrialsen, who represented him in his civil lawsuit against New York City and has ties to Colorado. His gift allowed the hiring of its first staff member, and the project was renamed the Korey Wise Innocence Project.

"Korey’s gift was life-changing for us as an organization. We went from a volunteer-run organization to an organization that has a director and can itself help take on the work of investigating and then litigating individual cases," Moyes said.

Today, a team of around 20 law students, retired lawyers, and undergraduate students volunteer with the organization. In addition to screening applications—KWIP receives a steady stream of five to 10 each month from people incarcerated in Colorado—the project recently turned its focus to identifying cases with convictions based on flawed forensics, which Moyes calls the new frontier of innocence work.

Flawed forensics refers to forensic evidence that is unreliable or invalid, or that relies on overstated expert testimony. As the number of innocence cases relying on postconviction DNA testing dwindles, exposing flawed forensics cases offers another promising avenue to exonerate the wrongly convicted, Moyes explained.

The national Innocence Project reports that the misapplication of forensic science contributed to 45 percent of wrongful convictions in the U.S. proved through DNA testing. In many cases, scientific testimony that was accepted at the time of a conviction has since been undermined by new scientific advancements in disciplines including hair microscopy, arson, and pattern evidence, which includes bite marks, shoe prints, blood spatter, and tool marks.

With regard to hair microscopy, a discredited discipline in which suspect hairs are visually compared to crime scene hairs under a high-powered microscope, the project is taking part in a nationwide effort to identify and screen cases from state forensic labs that relied on the discipline for years before it was largely debunked by DNA. Hair microscopy audits by innocence projects in other states have identified hundreds of cases worthy of reexamination.

"What we’re trying to do is identify cases in Colorado involving people who were convicted on the basis of forensic evidence that everyone now agrees is faulty," Moyes said. "Instead of assuming that people wrongly convicted by bad science will write to us, we’re going to play a different role by seeking out these cases and strategically litigating the most promising ones."

Many of the people who write to the project were convicted years, if not decades, ago, making it difficult to find new evidence of innocence, Moyes explained. But with the flawed forensics cases, the project can hire experts to reexamine old physical evidence or prior testing and expose the outdated science that led to a wrongful conviction.

"Just as DNA has exonerated hundreds of people across the country, we hope that the new scrutiny of problematic forensic disciplines will help to free many more innocent people," Moyes said.

"Just as DNA has exonerated hundreds of people across the country, we hope that the new scrutiny of problematic forensic disciplines will help to free many more innocent people."

The project is also involved in advocacy work and policy reform to address and prevent wrongful convictions. One such effort is reforming unregulated jailhouse informant testimony, one of the leading contributing factors of wrongful convictions nationally. KWIP has teamed up with the national Innocence Project to lobby for jailhouse "snitch" reform in Colorado.

For Nikki Nelson (’22), volunteering with the Korey Wise Innocence Project has been the highlight of law school so far.

“Innocence work is an incredibly important part of the legal profession, and getting to be a part of something so impactful has been a really enlightening experience. I am looking forward to what the next few years of working with the project will bring,” she said. 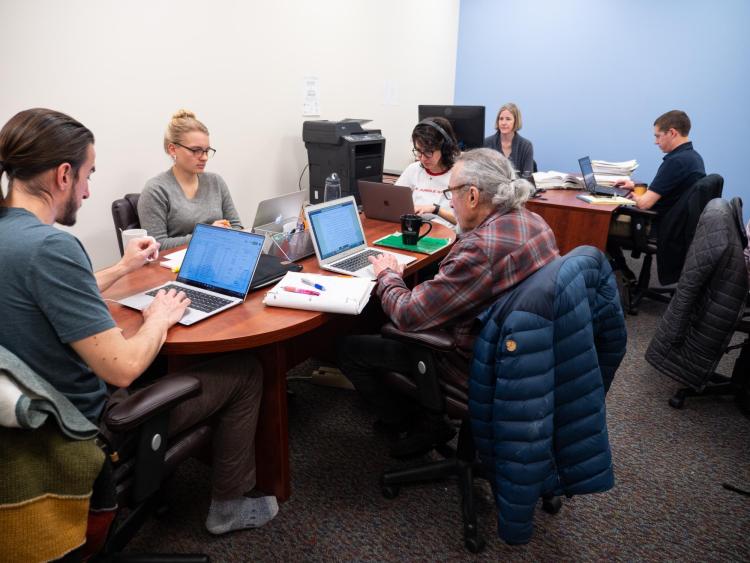 A team of volunteers at the Korey Wise Innocence Project office at the University of Colorado Law School.

The project recently received a $100,000 gift from Iris Smith, a first-time donor who learned of the project from a friend who saw the docuseries. This donation will allow the project to continue to grow.

Though innocence cases may be slow moving, Moyes said she believes they are making a difference.

"The innocence movement has been incredibly effective in shining light on flaws in the criminal justice system and why too often things go wrong,” Moyes said. “It’s achieved important reforms to prevent wrongful convictions at the front end. Because each exoneration takes years of hard work, innocence projects might only free a small number of innocent people each year, quite likely the tip of the iceberg of all the innocent people in prison. But by shining light on those individual cases, we educate the public about systemic problems and have a wider impact."

As for Wise, he continues to make light out of tragedy. In addition to supporting his namesake innocence project in Colorado, he is an avid public speaker and advocate for criminal justice reform in his home state of New York and across the U.S.

“This is life after death."