Home Amicus | Spring 2020 Issue Pursuing Citizenship in the Enforcement Era: An Inside Look at the Newest Americans

Pursuing Citizenship in the Enforcement Era: An Inside Look at the Newest Americans 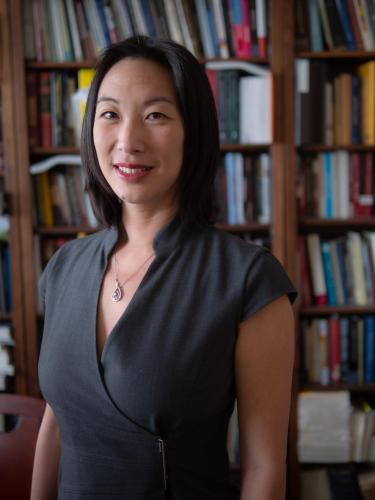 Participating in citizenship workshops, organized by the American Immigration Lawyers Association and Colorado Immigrants’ Rights Coalition, has always been a valuable learning tool, and a great chance for students to get into the community and apply their classroom learning to a real-world problem. But in 2016, Chen noticed something had changed.

"People who had been eligible to apply for citizenship for 15 to 20 years and were not previously interested suddenly started applying in big numbers," she said.

As the line to become a naturalized citizen started ballooning, Chen couldn’t shake the questions: What was causing these people to scramble for citizenship? Why now?

"Immigrants in these workshops complete a 20-page form," Chen explained. "There must be 50 questions on that form, but not one of them is, 'Why do you want to become a citizen? What do you hope to gain?' That’s what I was interested in pursuing with my research."

She started conducting interviews in 2016 and continued after the election of President Donald Trump, eventually talking to more than 100 immigrants around Colorado, which turned into her forthcoming book: Pursuing Citizenship in the Enforcement Era (Stanford University Press 2020).

“In the book, there are immigrants in varying legal statuses in the interview pool: green card holders with U.S.-citizen spouses, refugees, and service members,” Chen said. “Some of the people reported they wanted to be able to vote for certain candidates or policy issues.” There are also DACA recipients and temporary visa holders not eligible to naturalize. Many said they wanted citizenship as an insurance policy against immigration enforcement. They felt they couldn’t wait any longer.

And then there was Bob (an alias).

People applying for U.S. citizenship have seen application wait times double since 2016, according to a report from the Colorado State Advisory Committee to the U.S. Commission on Civil Rights prepared in part by Associate Professor Ming Hsu Chen and Colorado Law students.

The increased wait times are contributing to a backlog of more than 700,000 naturalization applications, affecting applicants’ civil rights, including their ability to vote in the 2020 election, the report found.

"Naturalizing is an important step in America, and impediments on the ability to naturalize have negative consequences for civil rights, voting rights, and the democratic process. That is a key concern for the state advisory committee and the commission,” Chen said. “Yet naturalization is about more than elections. It is about civic engagement and belonging in America.”

Historically, backlogs of naturalization applications have occurred partly because applications rise ahead of election years. However, Chen said the backlog last cleared in 2006 and the present backlog is unprecedented in size and still growing. Colorado’s backlog growth, with 9,325 applications in the queue, is one of the worst in the country.

The Colorado State Advisory Committee, of which Chen is a member, recommends that U.S. Citizenship and Immigration Services (USCIS) look at new policies and technologies to streamline its processes, while maintaining standards. The committee also recommends that Congress hold USCIS accountable to the 120-day processing timeline.

"Bob had been eligible to naturalize for a long time and has a U.S.-citizen spouse and kids,” Chen said. “He was debating whether he was going to submit his application or not.”

Trump enacted his travel ban in January 2017, reportedly resulting in more than 60,000 visas provisionally revoked for people from Muslim-majority countries.

For Bob, that was a tipping point.

Here’s the twist: Bob is a white technology worker from Canada.

"While he’s not technically part of the travel ban, that made it clear to Bob that a green card was no longer enough to feel safe in America," Chen said. Every immigrant was at risk.

For a long time, Chen said, a green card was seen as de facto citizenship. But as Bob saw lines of people with visas being turned away in airports, as he saw colleagues in his labs and doctoral students wonder whether they could travel to conferences and return to the U.S. safely to resume their research, the privilege of being a white high-skilled worker with a green card seemed to dissolve.

“Citizenship needs to be a part of the conversation about immigration policy."

The travel ban also scared Latino green card holders, even though they were not from the targeted countries and held permanent residency. 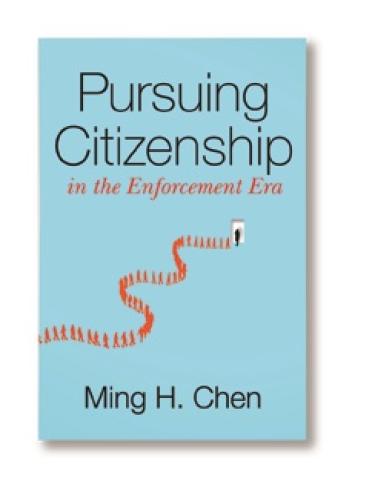 “Citizenship needs to be a part of the conversation about immigration policy,” Chen said. “Most of the people I interviewed for this book are noncitizens who are not at direct risk of deportation. These are people who live in our communities and are ready to become American, legally and in every other sense. Their worries extend beyond what we see at the border.”

While she appreciates the role of cities and nonprofits in helping immigrants, Chen believes meaningful immigration reform needs to involve the federal government. If the goal is belonging, there needs to be a pathway to citizenship, both in the formal sense of naturalization and the informal sense of welcome. The government needs to start reaching out to those people who are already here.

"I hope these portraits challenge peoples’ perceptions of who we’re talking about when we discuss immigration policy," Chen said. "They’re from a broad variety of paths and have complicated feelings about who they are and where they belong. These are the immigrants most people want to come here, and they’re increasingly looking around wondering if they want to stay."