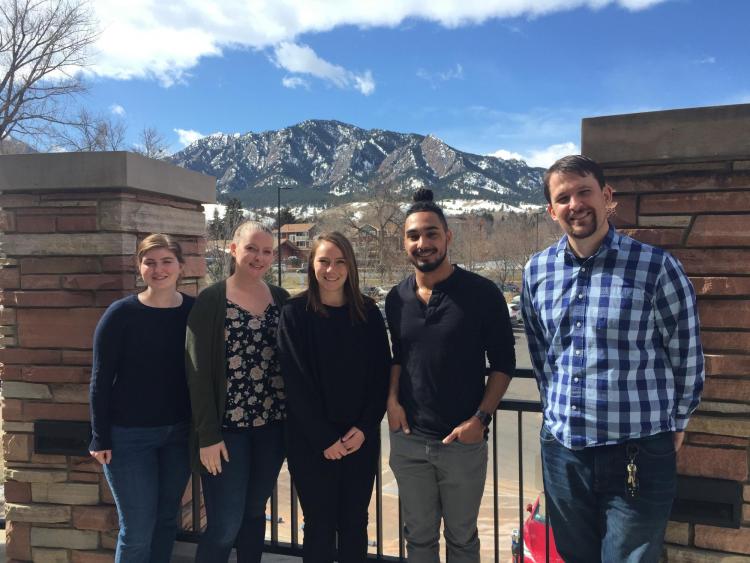 Students in the Samuelson-Glushko Technology Law and Policy Clinic (TLPC) are addressing concerns surrounding the oversight and implementation of automatic speech recognition (ASR), an artificial intelligence technology that detects speech and turns spoken words into text, and which is increasingly becoming the focus of debates in disability policy.

Some technology companies and accessibility technologists are excited about ASR’s potential to provide immediate, inexpensive captions, and hope that this new form of speech recognition can fill in captioning gaps and perhaps even eventually replace traditional human captioning. However, ASR has a number of pitfalls, including the potential for problems with accuracy, privacy, and discrimination, which, if not properly addressed, could affect the civil rights of millions of Americans who are deaf or hard of hearing.

Working on behalf of its client, Telecommunications for the Deaf and Hard of Hearing Inc., and with a coalition of consumer organizations and advocates, TLPC students petitioned the Federal Communications Commission (FCC) to address longstanding quality concerns with captioning for live television programming and internet protocol captioned telephone services (IP CTS).

In its petition, the clinic asked the FCC to build on its existing standards for the quality of captions by setting metrics for acceptable quality of live captions. The petition also urged the FCC to issue rulings on whether and how ASR technologies can comply with human-centric frameworks.

"Being confronted with the tension between new technologies and the ways in which the law has not yet caught up was interesting and one of the reasons I wanted to participate in the TLPC," said Tess Cartin ('21).

ASR is also a significant issue in IP CTS, which provides captioning for people who are deaf or hard of hearing when making telephone calls. The clinic has called on companies seeking to provide ASR-based services to supply more information about the risks associated with ASR to the public.

"While we aren’t opposed to the use of ASR and believe it has the potential to do great things in the future, it does pose privacy and consumer risks that don’t magically disappear because artificial intelligence is being used instead of humans," said Cooper Tollen ('21).

While ASR may be a critical technology in improving captioning, oversight is needed to ensure that it respects the civil rights of Americans who are deaf or hard of hearing. The TLPC will continue its work on these topics into 2020.