Alumni Spotlight: Holly Sterrett ('05) on Clerkships, BigLaw, and the Importance of Mentorship 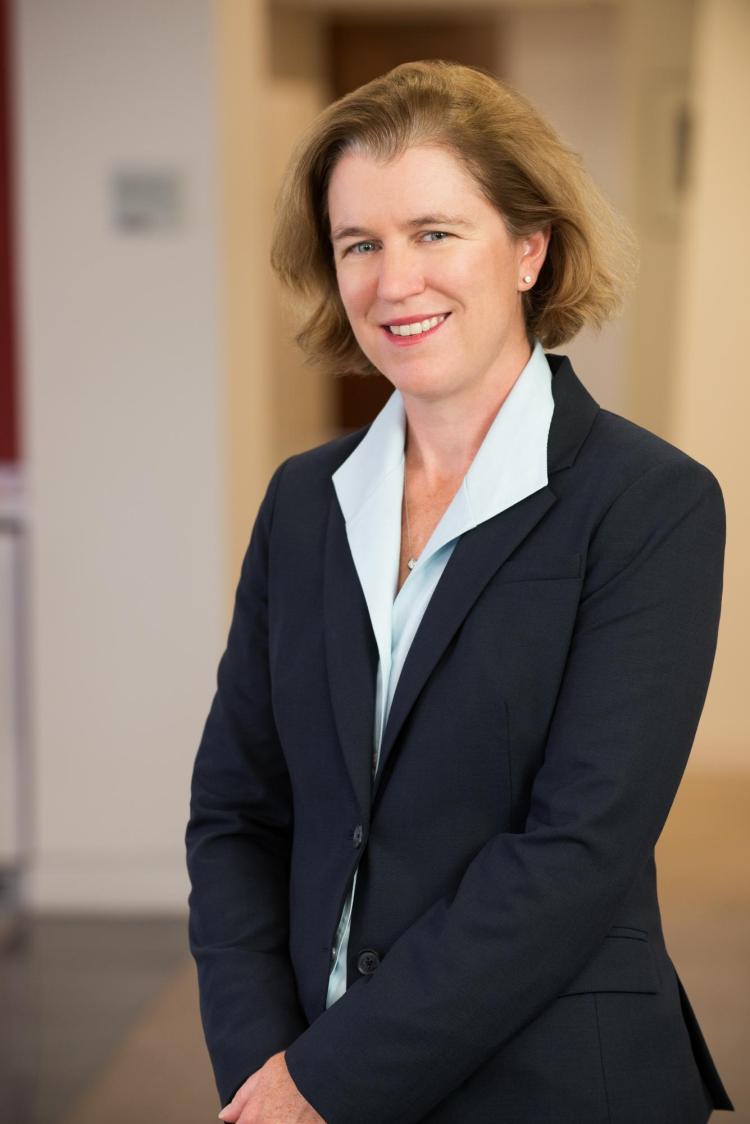 Growing up, Holly Sterrett (’05) did not see law school in her future. However, she has since built an accomplished career that includes clerkships with two of Colorado’s most esteemed jurists, a 10-year stint at a national law firm, and her current position as assistant general counsel at DaVita.

Sterrett was raised in the Atlanta area and attended Rice University in Houston for her undergraduate degree. She had some exposure to the legal field—mock trial in high school and observing her father’s career as a lawyer—but did not see herself pursuing law.

“I had some interest in it for sure, but I did not anticipate in undergrad that I was going to go to law school,” she said. After graduating from Rice, Sterrett began her career in consulting, which she continued for about five years before attending law school.

She chose the University of Colorado Law School based on initial exposure through travel to the Great Sand Dunes. “I had traveled to Colorado when I was an undergrad on a road trip and I just fell in love and decided to move here in 2000,” she said.

While Sterrett was consulting, she worked on a project in Denver, which reaffirmed her love for the area. She decided that, although happy with her undergraduate degree, she wanted a professional degree as well and began her law school journey. She felt called to CU because she was not ready to leave Colorado just yet.

Although when she started at CU her path was not certain, Sterrett was pulled toward an early area of interest—litigation. “I thought about going to law school so that I could become a litigator,” she said. “That was always in my mind and certainly was reflected by the fact that I decided to do a couple of clerkships.”

Sterrett first clerked for now-Chief Judge Timothy Tymkovich (’82) on the Tenth Circuit Court of Appeals. After that, she worked with her former professor, Judge Allison Eid, who had recently been appointed to the Colorado Supreme Court. “I clerked for Judge Eid in her first year on the bench,” she said. “I had developed a relationship with her because I had been in her classes in law school, so when the opportunity arose to clerk for her, I jumped at it.”

Sterrett did not originally plan to clerk twice but relishes the experience of clerking on both the Tenth Circuit Court of Appeals and then on the Colorado Supreme Court. “It certainly was interesting compare the two. They were both amazing experiences,” she said. “I would recommend clerking to anybody who goes to law school. What you see behind closed doors in terms of how cases are decided and what legal strategies are effective and advocacy strategies are effective, it’s just invaluable.”

To Sterrett, there was nothing like clerking at an appellate level to grow her writing skills. “Your job is to write nonstop for a year and to be guided by judges who are known for their excellent writing. You can’t get that experience anywhere else,” she said. Both judges are still strong mentors to Sterrett, and she continues to talk with them and benefits from the relationships. “I was extremely fortunate to have the opportunity to, and experience of, clerking for both of them,” she said.

Of Judge Eid, who was Sterrett’s Torts and Advanced Torts professor, Sterrett said, “she definitely made an impact. She’s absolutely fantastic.” Sterrett also appreciated and enjoyed her time with Professors Mark Loewenstein, Carolyn Ramsey, and Richard Collins, who, she said, “always biked to campus.”

After finishing law school, Sterrett progressed from clerking to working at a firm.

"Following my second year of law school, I did a summer internship at Arnold & Porter. I had my offer after that summer, but I delayed starting there as an associate until after my clerkship,” she said.

Sterrett remained at Arnold and Porter for 10 years. “The Denver office of Arnold & Porter is frankly the best of both worlds,” she said. “It’s a national law firm with over 1,000 attorneys, but the Denver office is relatively small. When I was there it maybe fluctuated between 15 and 22 attorneys."

Although it is a national “BigLaw” firm, Arnold & Porter in Denver has a very small atmosphere. “You know everyone—every attorney, every paralegal and every staff member. It’s very much a family there,” she said.

In August 2017, Sterrett transitioned to work as an in-house commercial litigation counsel for DaVita, a role she has held for nearly three years. “I can always pinpoint the day I started,” she said. “It was the day after the solar eclipse.”

DaVita’s large in-house legal team has over 100 attorneys, and Sterrett’s work there is very different from what she was doing at Arnold & Porter. “I’m not doing nearly as much primary legal work anymore,” she said. However, she continues to provide significant legal guidance across a wide spectrum of commercial litigation issues. Although she does not run a case once it turns towards arbitration or litigation, she continues to remain involved with outside counsel in making strategic legal decisions, reviewing and redlining briefs, attending depositions, and preparing witnesses for trial.

“There’s four of us in the commercial group, so that is much smaller,” she said, “but DaVita itself and the legal department is much bigger than the Denver office of Arnold & Porter and it’s more people than I was working with before.”

Sterrett describes her experiences with the two employers as being notably different. “The types of cases I do now at DaVita are much more varied,” she said. “At Arnold & Porter they were almost all very big cases. I worked on matters related to the BP oil spill, Sarbanes-Oxley Act cases, and on a big matter involving a large landowner down in the San Luis Valley fighting the power companies in Colorado. At DaVita, I still work on many big, high value cases, but the vast majority of my portfolio at Arnold & Porter was these cases.”

At DaVita, big cases comprise a sizeable and important piece of Sterrett’s portfolio, but she now also handles some smaller and more diverse matters. “For example, I work on some real estate matters and smaller dollar disputes with insurance companies,” she said. “I have a more diverse portfolio that I am involved with and have hundreds of matters over the course of the year that I’m dealing with in some way.”

When she is not working, Sterrett likes to spend time with her husband and 13-year-old daughter. “In winter time, we like to snow and ski, and I’m a very avid golfer.” She also traveled quite a bit while in law school and directly after. “I was newly married when I was at CU, so my husband and I took some trips,” she said. “We also took a trip to China and Tibet right after law school ended.”

At CU, Sterrett spent time and studied with a great group of friends. While studying for the bar exam, she also enjoyed biking to the top of the hill in Boulder where the National Renewable Energy Laboratory (NREL) is located.

Sterrett also enjoyed playing intramural basketball. “A group of law school ladies and I had an IM basketball team that we played with every year,” she said. “We won multiple times because one of our players happened to be a former collegiate player and she was excellent and pulled the rest of us along with her.” The team also had some fun names for themselves. “One was the Fertile Octogenarians and one was the Terry Stop-and-Frisk,” she laughed. “One of our team members was named Terry and we had a little dance that went along with it.”

For students about to graduate, Sterrett recommends finding a trusted mentor who you can rely on and go to as your career changes, expands, and evolves. “That trusted mentor is someone that can lead you down your path,” she said. “It’s sometimes hard to figure out where you’re going in your legal career and someone with a bit more seniority and experience in the legal world can really help you along your way.”