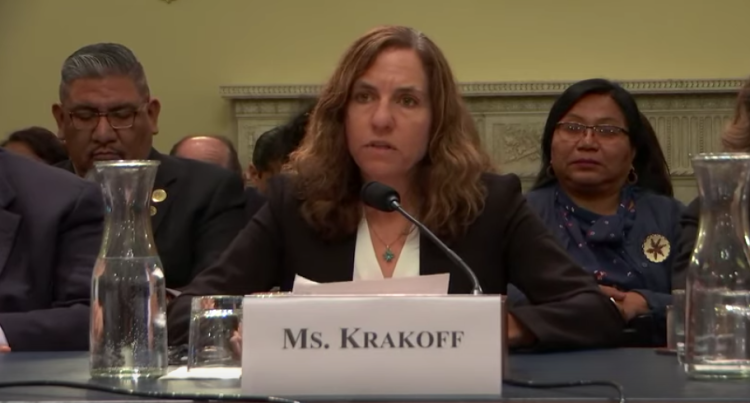 Krakoff, whose areas of expertise include American Indian law, natural resources and public land law, and environmental justice, spoke about destruction of sacred and cultural sites to construct the U.S.-Mexico border wall.

"The [Trump] administration’s approach to building the wall has disproportionate impacts on American Indian tribes because of their unique ties to federal public lands," Krakoff said in her testimony. "The damage is avoidable, but is a predictable consequence of the administration’s sweeping waivers of federal laws which deprive the federal agencies, the tribes, and the American public of the information necessary to decide whether the benefits of the wall outweigh its human and environmental costs."

U.S. Rep. Joe Neguse (’09), a member of the House Natural Resources Committee and former student of Krakoff’s at Colorado Law, introduced Krakoff before the committee.

Watch a recording of the hearing (Krakoff’s testimony begins at 1:24:00).