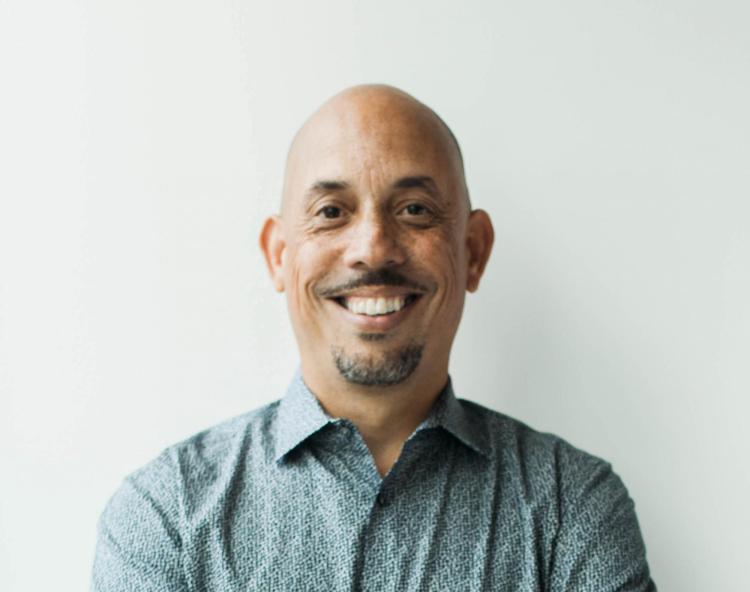 Marc Walters' (’95) compassion and motivation for bringing others together are just a few of the many traits underscoring why he is a distinguished alumnus of the University of Colorado Law School.

Walters, who serves as deputy general counsel at Microsoft HQ in Seattle, began his career at CU as an undergraduate and played quarterback for the Buffaloes from 1986 until 1989. His interest in law was sparked by a business law class and, because of his background in athletics, he dabbled in sports law and management during his gap year.

"Charles Johnson, a former CU football player, and I partnered in on being agents," Walters said. "While it was fun, there’s a lot that you don’t see."

He ultimately decided not to pursue sports management and attended law school instead.

While in law school, Walters enjoyed his Death Penalty class taught by Professor David Lane. "He made a great impression on me," he said. However, criminal law was not his forte.

"Up until I took Criminal Law, I thought I might do criminal law,” Walters laughed. He found a great interest in contract law, partly due to Professor J. Dennis Hynes (’60).

"My first-year Contracts professor [Hynes] was very pivotal. He was quite the character," Walters said. It was that very class that played a part in shaping his postgraduate trajectory.

Walters ultimately decided to pursue the business side of law and began his career with Denver-based US West. He spent a year and a half with the litigation group, and then his manager at the time suggested a shift. "Because I seemed to like the mediation and arbitration side of what we did and bringing folks together on common ground, he thought that that the commercial side might be something that would interest me," Walters said. US West had a rotational program, and the commercial group was Walters’ next stop. It was there that he truly hit his stride.

"In that commercial work, that’s where I said, 'I like this. This makes sense for me.'"

That feeling has stuck with Walters ever since. He is in his ninth year of working at Microsoft HQ in Seattle, where he was recently promoted to deputy general counsel. "I started my new role in July, so hopefully knock-on-wood I’ll be here for a little while longer," he laughed.

"There’s classic marketing which you would think of as advertising, communications, and PR," he said. "There’s also product marketing which is how we take all of our commercial and consumer products to market." On the consumer business side lies the Consumer Sales Organization. "This is all of our consumer sales channels," he said, "which includes our physical and online Microsoft stores and the relationships we have with both." Third-party device manufacturers and third-party retail stores and distributors are also included in the mix. "The Best Buys of the world," he explained.

When all is said and done, Walters leads a large legal organization that supports consumer sales and product marketing. He manages a staff of 55 people, including lawyers, paralegals, and other program managers. "Communication and organization is key," he said with a chuckle.

Walters has also done pro bono work with KIND, an immigration initiative that focuses on defending and representing the needs of children. "Microsoft partners with the KIND Organization," he said. "I’m sensitive to the communities that are vulnerable, including those communities that are outside of our borders. I think those people need help and resources." He plans to hopefully take another KIND case this year. "Not only is it a worthy issue, but it’s much needed," he said.

Walters and his wife reside in downtown Seattle. He has two sons—one who lives close by and one who lives in Columbia, Missouri, where he coaches as a defensive coordinator for Mizzou. Walters’ favorite thing to do when he isn’t working is to spend time with his two grandsons, ages three and five.

It is no coincidence that Walters, an individual with an established career in commercial law, is great with people. His personable nature seems to anchor him in all aspects of his life and has undoubtedly contributed to his successes.