The University of Colorado Law School will celebrate six alumni and friends of the law school at its 39th annual awards banquet on Thursday, March 12, 2020, at Empower Field at Mile High in Denver.

The Colorado Law Alumni Awards Banquet recognizes distinguished alumni and friends for their contributions to the legal profession, service to their communities, and dedication to the law school. Proceeds from this year’s event benefit the Dean’s Fund for Excellence, which supports Colorado Law’s areas of strategic importance, including broadening access to a legal education, connecting globally, and supporting faculty excellence; and the Law Alumni Scholarship Fund, awarded annually to a student who has demonstrated academic achievement, financial need, and service to the law school community.

A cocktail reception will begin at 5 p.m., followed by dinner and the program. Members of the media are invited to attend and should RSVP to Julia Roth at julia.roth@colorado.edu.

Learn more about the Colorado Law Alumni Awards Banquet, including details on sponsorship opportunities and ticket sales, at colorado.edu/law/banquet or email jason.bouck@colorado.edu.

We are pleased to honor the following individuals this year: 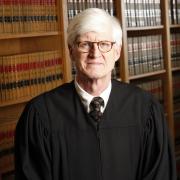 Before serving on the Colorado Supreme Court, Coats served as chief appellate deputy district attorney for the Second Judicial District (Denver) from 1986 to 2000. He also served in the Appellate Section of the Colorado Attorney General’s Office in the 1970s and 1980s. He cites advising and assisting trial deputies for 15 years in the Denver District Attorney’s Office as the aspect of his career in which he takes the most pride.

Over the years, Coats has advised countless young trial attorneys and law students. In 2007, Colorado Law honored Coats with its Distinguished Achievement in the Judiciary Award. 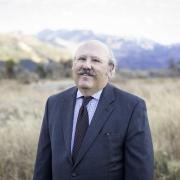 Steve Zwick retired in 2018 after 40 years in public service and 24 years as the San Miguel county attorney in Telluride, Colorado.

Before moving to Telluride, Zwick served as assistant county attorney and county attorney in Garfield and La Plata counties, respectively. He also worked as a staff attorney with Colorado Rural Legal Services in Trinidad and Grand Junction.

Among his many accomplishments as San Miguel county attorney are incorporating the town of Mountain Village, negotiating a way to finance a then-new gondola system, and preserving the 600-acre Valley Floor. To commemorate his retirement, the San Miguel County Board of Commissioners established Feb. 9, 2018, as Steven J. Zwick Day across San Miguel County. The proclamation notes: “Every  decision made by San Miguel County Commissioners in the past 24 years has been a reflection of his wisdom . . . Steve Zwick embodies the best qualities in a county attorney, including: honor, integrity, pragmatism, wisdom, and fairness.”

“Throughout his career, [Steve] established his reputation in his community and across the state of Colorado as an exceptional lawyer,” one of Zwick’s nominators wrote. “His sharp mind, remarkable knowledge of the law along with the ethical foundation of all of his decisions and recommendations, gained him respect near and far.” 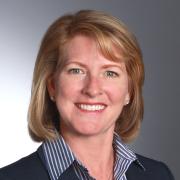 Mindy Sooter is a partner and trial lawyer in WilmerHale's intellectual property litigation group. She holds degrees in electrical engineering and telecommunications and has eight years of experience as an engineer in the computer science industry.

Sooter's practice focuses on patent litigation and other intellectual property and business disputes, with an emphasis on cases involving telecommunications, electrical engineering, and computer science. She has represented a variety of clients in courts throughout the U.S., as well as the International Trade Commission, regarding technologies such as wireless networks and components, fiber-optic networks and components, firewalls and gateways, semiconductors, distributed computing systems, and database technologies. Sooter also teaches patent litigation as an adjunct professor at Colorado Law.

Sooter’s community involvement includes mentoring female IP attorneys at law firms across Denver through the IP Inn of Court, serving as chair of the Colorado Bar Association’s IP section, and serving on the board of directors for the Colorado Lawyers Committee. She also served for six years on the Impact on Education board of directors, including as board chair. She was recognized as a Colorado Outstanding Litigator of the Year (2019) and Colorado Outstanding IP Litigator (2018) by Managing IP. 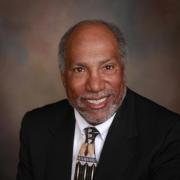 Sonny Flowers is a litigator with Hurth, Sisk & Blakemore LLP in Boulder. His practice is concentrated in litigation, including plaintiffs’ personal injury, professional malpractice, criminal defense, and commercial litigation. He has represented hundreds of clients in the areas of criminal law from minor traffic offenses to death penalty cases. 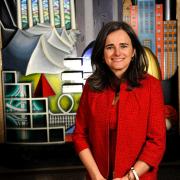 Kristin Bronson is the city attorney for the City and County of Denver. Appointed by Mayor Michael B. Hancock in October 2016, Bronson provides policy and legal advice to the mayor, city council, city agencies and departments, all city boards and commissions, the city auditor, and the clerk and recorder. She is the final decision maker on critical legal decisions facing the city and manages a public law firm of over 220 attorneys, paralegals, victim advocates, and staff.

Prior to becoming city attorney, Bronson was a partner in the Denver office of Lewis Roca Rothgerber Christie LLP for 20 years. She focused her practice on complex business litigation with a focus on commercial real estate and banking.

She was listed in The Best Lawyers in America for Real Estate Litigation and Colorado Super Lawyers (Top 50 Women and Top 100 Lawyers). She received the Richard Marden Davis Award for her civic, cultural, educational, and charitable leadership, the “Women of Vision” Award for CREW Denver, the Denver Business Journal’s Forty Under 40, and was named Law Week Colorado’s Young Lawyer of the Year in 2008.

Bronson’s civic engagement includes serving as board president for the Colorado Women’s Bar Association Foundation, president of Commercial Real Estate Women Denver, board member of Downtown Denver, Inc., and chair of the Downtown Denver Partnership’s Economic Development Council. She was appointed by former Gov. Bill Ritter ('81) to serve on the Colorado Real Estate Commission for six years and the Day Care Licensing Board for three years. 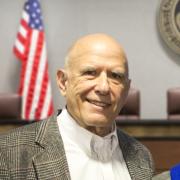 Gordon Gamm is a retired attorney and philanthropist. A graduate of Tulane Law School, Gamm grew up in Louisiana and practiced law in Kansas City before moving to Boulder in 1993. Since making Boulder home, he has adopted the University of Colorado as his own.

Gamm has had a relationship with Colorado Law for over 15 years. In 2014, he helped support a significant technology upgrade of the Wittemyer Courtroom, which included upgraded video capabilities and sound quality for live audiences and recordings, high definition cameras, and live streaming equipment. The upgrade, made possible by Gamm and the Wittemyer Endowment Fund, established by John ('65) and Nancy Wittemyer, has allowed Colorado Law to bring hundreds of speakers in virtually and share local conferences and presentations with international audiences.

Gamm has also supported several public activities of the law school. Last spring, he was instrumental in bringing Yale Law School professor and international scholar Harold Koh to speak on the Trump administration and international law, and he has been active in helping recommend and secure keynote speakers at the law school and for the Conference on World Affairs.

In 2014, he established the Gamm Justice Awards at Colorado Law, given annually to a faculty member who is leading the discussion on whether the U.S. legal system adequately serves the interests of justice and builds public confidence in our legal system. The $10,000 award is intended to encourage faculty to explore critical issues in justice, broadly defined, and is given for an outstanding written work in this area. Professor Anna Spain Bradley received the 2018 Gamm Justice Award for her forthcoming book, Human Choice in International Law (Cambridge University Press), which examines decision making in international law through the lens of neuroscience.