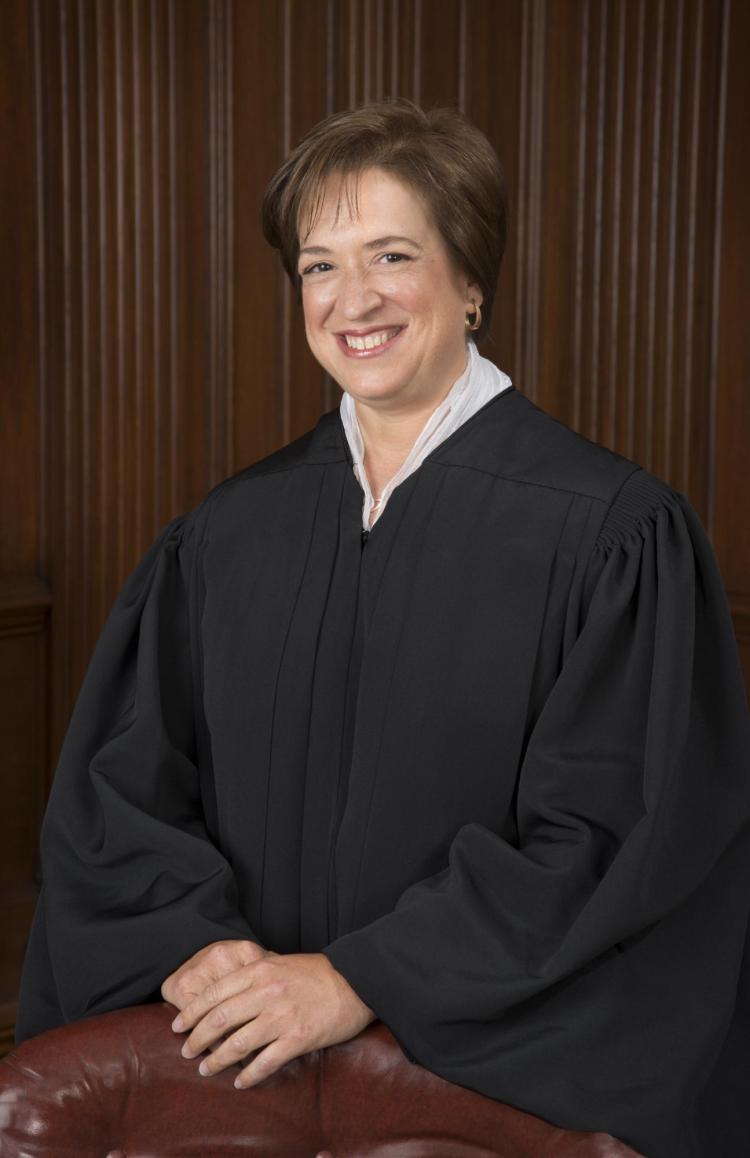 The Stevens Lecture, sponsored by Colorado Law’s Byron R. White Center for the Study of American Constitutional Law, is a ticketed public event. Justice Kagan will answer questions in a fireside chat format, followed by a question and answer session with questions from Colorado Law students and community members.

Tickets for Justice Kagan’s public talk at Macky Auditorium will be available at no cost on a first-come, first-served basis, with priority given to University of Colorado Law School students, faculty, staff, and alumni and members of the CU Boulder community. A limited number of tickets will be available to the general public.

A livestream of the Stevens Lecture will also be available here.

"It is an honor to host Justice Elena Kagan for this year’s John Paul Stevens Lecture," said Suzette Malveaux, professor of law and director of the White Center. "The lecture is a wonderful time for Colorado Law students, the legal community and the general public to hear from one of our country’s foremost legal thinkers. The lecture also provides a unique opportunity for us to learn about the highest court in the land and how its work impacts so many facets of our lives."

The Stevens Lecture, named for Associate Justice John Paul Stevens, brings a distinguished jurist to Colorado Law each year. Justice Stevens delivered the inaugural lecture in 2011, and previous speakers also include Justices Sonia Sotomayor, Ruth Bader Ginsburg, Sandra Day O’Connor, and Antonin Scalia. Past attendance has exceeded 1,000 people, with additional audiences watching via livestream at the Wolf Law Building on campus and satellite locations at other colleges and universities throughout Colorado.

"Bringing Justice Kagan to campus adds to Colorado Law’s rich history of engaging with the U.S. Supreme Court," said S. James Anaya, dean of Colorado Law. "From Byron White, an alumnus of the University of Colorado, to Neil Gorsuch, a former visiting faculty member, Colorado Law has a long history of connections to distinguished members of the Supreme Court. The Stevens Lecture and the White Center are critical to the law school’s continual efforts to expand public knowledge and informed discussion of the role of the judiciary in the U.S. legal system and society more broadly."

Members of the media must RSVP to attend the lecture. Please contact Andrew Sorensen, CU Boulder media relations, at andrew.sorensen@colorado.edu or 303-492-3114.

Justice Elena Kagan was born in New York, New York, on April 28, 1960. She received an A.B. from Princeton in 1981, an M. Phil. from Oxford in 1983, and a J.D. from Harvard Law School in 1986. She clerked for Judge Abner Mikva of the U.S. Court of Appeals for the D.C. Circuit from 1986-1987 and for Justice Thurgood Marshall of the U.S. Supreme Court during the 1987 Term. After briefly practicing law at a Washington, D.C. law firm, she became a law professor, first at the University of Chicago Law School and later at Harvard Law School. She also served for four years in the Clinton Administration, as Associate Counsel to the President and then as Deputy Assistant to the President for Domestic Policy. Between 2003 and 2009, she served as the Dean of Harvard Law School. In 2009, President Obama nominated her as the Solicitor General of the United States. A year later, the President nominated her as an Associate Justice of the Supreme Court on May 10, 2010. She took her seat on August 7, 2010.

Photo credit: Collection of the Supreme Court of the United States.

Tickets are currently sold out. Limited quantities of turn-back tickets will be distributed to a standby line on a first-come, first-served basis one hour prior to the event.