On September 4, 2019 from 12:00-1:00 pm the Student Chapter of the American Constitution Society, along with the Byron White Center for the Study of American Constitutional Law, will host a talk with Caroline Fredrickson—President* of the American Constitution Society and author of a new book, “The Democracy Fix.” The talk will take place in the Wolf Law Building, Room 207, and is open to the public.  Fredrickson’s book is an important indictment of “gaming our democracy” through voter suppression and gerrymandering, and offers proposals for how to return to fair rules, elections, and courts. Ari Melber, MSNBC host and chief legal correspondent, has described Fredrickson as a “rare legal scholar whose research and insights are matched by practical experience in government and policy,” stating that her book “confronts how the rules are being gamed—and what to do about it” at “a time when Americans across the spectrum are questioning how money, inequality and corporate power may undercut their voice.”

The talk will be hosted by ACS Chapter Co-President Elliott Browning and moderated by Professor Sarah Krakoff. Fredrickson has also authored Under the Bus: How Working Women Are Being Run Over, and previously served as the director of the ACLU’s Washington legislative office and as chief of staff to Senator Maria Cantwell.

The American Constitution Society (ACS) is the nation’s leading progressive legal organization. ACS works for positive change by shaping debate on vitally important legal and constitutional issues through the development and promotion of high-impact ideas. ACS also works to cultivate the next generation of progressive leaders and judges. ACS’s extensive national network assists its members with career development and mentorship, and grants access to job banks, special conference calls, and the opportunity to network with progressive leaders throughout the country.

*ACS has announced that Ms. Fredrickson has decided to step down as President. As of September 1, 2019, she will be named President Emeritus and continue to serve the organization in that role through the end of the year. 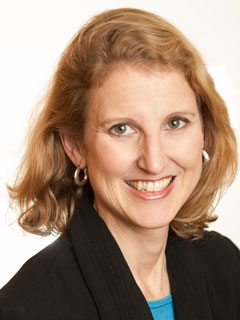 Tags:
Apply Donate Get Involved
Return to the top of the page