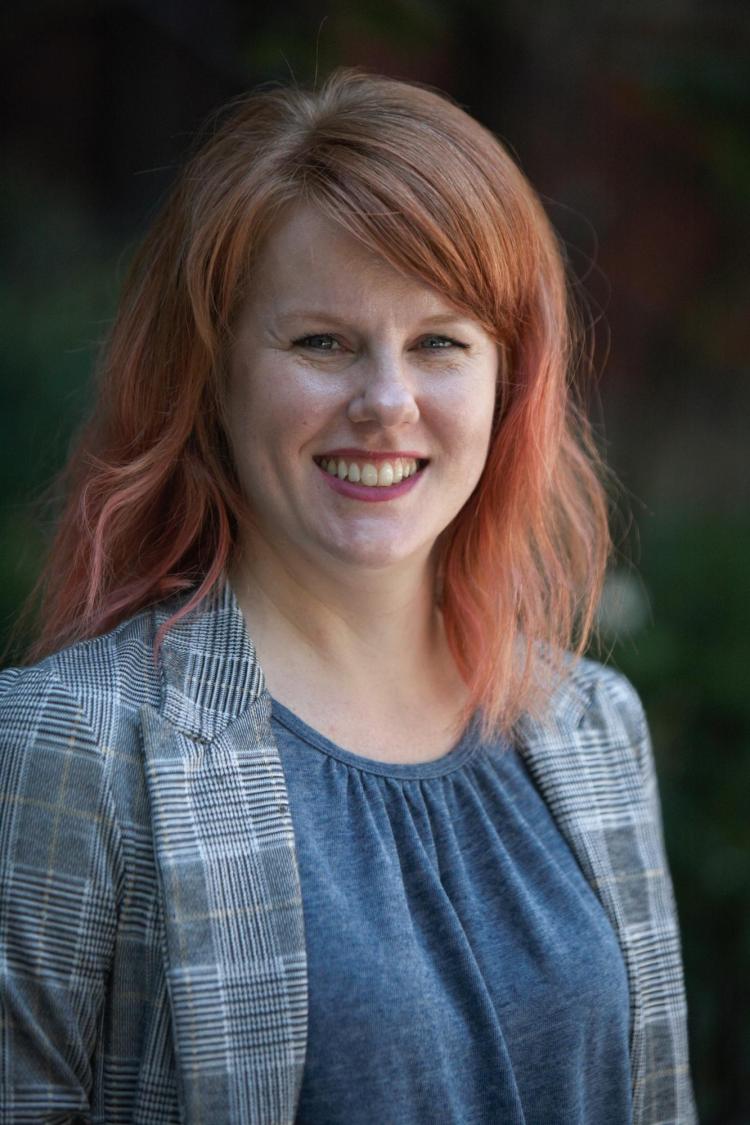 Amie Stepanovich, a nationally recognized expert in domestic surveillance, cybersecurity, and privacy law, has been named executive director of the Silicon Flatirons Center for Law, Technology, and Entrepreneurship at the University of Colorado Law School.

Stepanovich previously served as U.S. policy manager and global policy counsel at Access Now in Washington, D.C., where she worked to protect human rights in laws and policies involving technologies and their use. Prior to that, she was director of the domestic surveillance project at the Electronic Privacy Information Center, where she testified in hearings in both the Senate and the House of Representatives, as well as before the German and Australian parliaments.

"We are thrilled to welcome Amie Stepanovich to lead Silicon Flatirons," said Dean and University Distinguished Professor S. James Anaya. "For nearly two decades, Silicon Flatirons has been a leader both across Colorado’s Front Range and nationwide in elevating the debate surrounding technology policy issues; supporting the Colorado entrepreneurial community; and inspiring, preparing, and making valuable connections for students in these important areas. Amie brings unique experiences in policy, human rights, and government surveillance, and I am excited to see what she will accomplish as executive director."

Stepanovich will serve as a thought leader for the center, lead the center’s fundraising and external relations efforts, support the center’s academic and research programs, oversee the day-to-day programmatic and administrative functions of the center, and mentor and support students aspiring to work in the area of technology law. She will assume duties July 29, 2019.

"I am excited to join the team at Silicon Flatirons as it embarks on its next chapter," Stepanovich said. "Today we're at a critical juncture in the conversations about the evolution and governance of technology, and the world-class directors and staff of Silicon Flatirons are helping to shape those discussions. As executive director, I hope to live up to the standards set for the role by Phil Weiser as our founder and longtime leader, while also seeking out new opportunities and means for engagement. I look forward to connecting with the students of Colorado Law and the University of Colorado as well as the entire Silicon Flatirons community. I am grateful for this opportunity and am committed to the center's mission and to continuing to grow Silicon Flatirons as an inclusive leader in law and innovation."

"I am excited to join the team at Silicon Flatirons as it embarks on its next chapter. Today we're at a critical juncture in the conversations about the evolution and governance of technology, and the world-class directors and staff of Silicon Flatirons are helping to shape those discussions."

Weiser, who founded Silicon Flatirons in 2000, stepped down as executive director in January 2019 prior to being sworn in as Colorado attorney general. Associate Professor Harry Surden served as interim executive director and chaired the search committee.

Stepanovich is a board member of the Internet Education Foundation and an advisory board member for the Future of Privacy Forum. From 2014 to 2015, she was a liaison to the American Bar Association's Cybersecurity Task Force and co-chaired the 2014 Computers, Freedom, and Privacy Conference. In 2015, Stepanovich served as an American delegate to the American Swiss Foundation’s Young Leaders Conference. She was a member of the Australian-American Leadership Dialogue’s Young Leaders Dialogue from 2017 to 2018, and was named an American program manager for 2019-20. Stepanovich was named a privacy ambassador by the Information and Privacy Commissioner of Ontario, Canada, and was recognized in 2014 as one of Forbes’ 30 Under 30 in Law & Policy. She holds a JD from New York Law School and a BS from the Florida State University.