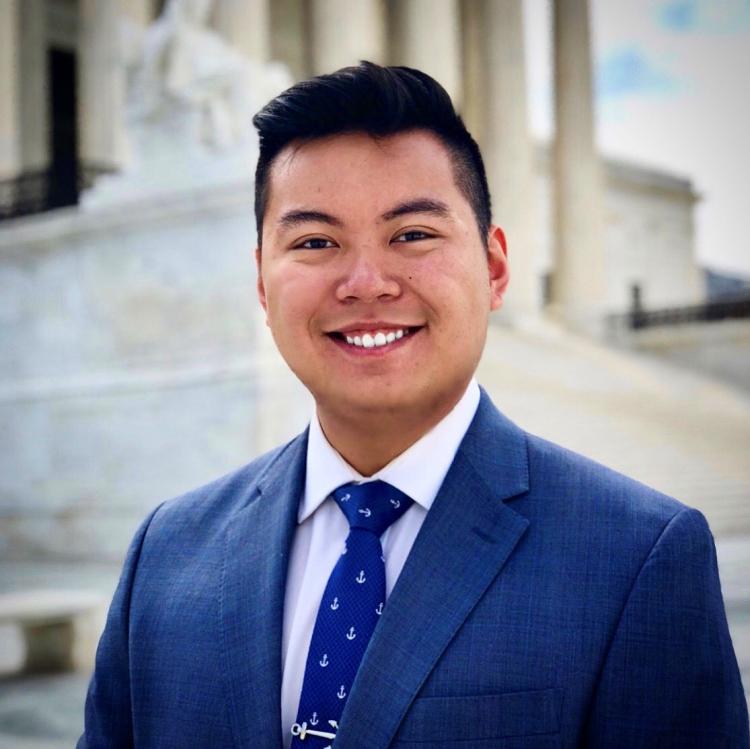 Update: On April 9, 2019, Johnnie Nguyen ('21) was elected chair of the Law Student Division Council of the American Bar Association. He will begin his duties in the 2019-20 school year.

"I’m most excited about meeting thousands of law students and attorneys across the country. I love meeting new people, learning about their goals, and building new relationships," Nguyen said.

As chair, he hopes to lobby the ABA to create a new division that specifically addresses sexual harassment in the workplace, create an endowed scholarship for DACA law students, and expand diversity and inclusion pipelines to underserved high schools.

If elected, Nguyen will represent the interests of more than 120,000 law students from the nation’s 204 ABA-accredited law schools for the 2019-20 school year. He will represent law students in meetings with the ABA House of Delegates (the ABA’s policymaking body); travel to ABA meetings around the country, and to Washington, D.C., to lobby members of Congress on issues of importance to the ABA and law students; and run the Law Student Division Assembly meetings comprising over 400 members of Student Bar Association presidents and ABA liaisons.

Nguyen plans to address student debt through the Loan Repayment Assistance Program, lobbying states and Congress to provide more higher education funding, and a campaign to assist students with their loan repayment. As chair, Nguyen will also address lawyer wellness, sexual harassment in the workplace, diversity and inclusion pipelines, and encouraging lawyers to be more environmentally conscious.

"As a child of Vietnam War refugees, an Asian American, a proud member of the LGBTQ community, and a first-generation student, I understand the barriers that stand in between diverse students and success in the legal profession,” he said. “I am committed to working with the ABA Diversity and Inclusion Center by contributing to their current projects as well as proposing my own initiatives, such as creating legal work experience pipelines for diverse high school, college, and law students."

Nguyen serves as president of his class, competes in mock trial, volunteers as a student ambassador, and is active in OUTLaw, the Asian Pacific American Law Student Association, and the Public Interest Student Association. This summer, he will intern at the Colorado Attorney General’s Office with Phil Weiser, attorney general and former dean of the University of Colorado Law School.

He graduated with honors from the University of Colorado Denver, where he earned a bachelor’s degree in political science and received the CU President’s Diversity Award, CU Student Advocate of the Year, and the CU Rosa Parks Award. He has interned at the White House, served as a legislative aide in the Colorado House of Representatives, and worked as a law clerk before attending law school.

After law school, Nguyen seeks to serve the people of Colorado as a sexual assault prosecutor and use his diverse experiences to contribute to criminal justice reform. He hopes to eventually run for office and serve as Colorado’s first Vietnamese elected official.

Read more about Nguyen and his goals for the ABA Law Student Division Council.