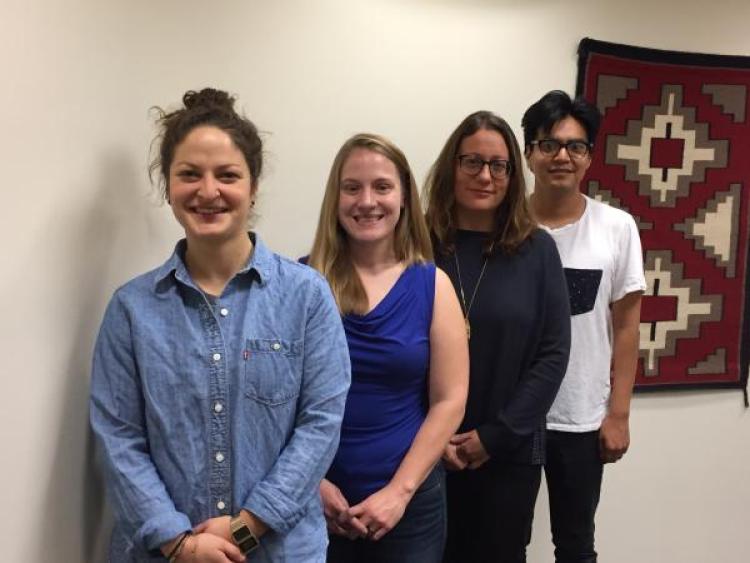 When Colorado began mail-in voting in 2013, the goal was to expand access to the ballot and make voting easier and more convenient for Coloradans. In some locations, like the Ute Mountain Ute reservation in southern Colorado, it also meant the only community polling place closed.

Concerned how this might impact voter turnout on the reservation in the upcoming election, tribal members partnered with University of Colorado Law Professor Carla Fredericks and law students to create a video that describes the new mail-in voting process. The 15-minute webinar is being shown continuously on closed circuit television on the reservation.

“This was a very valuable project for the community, but importantly, the students were able to gain valuable skills in communicating and collaborating with the tribe to build a tool that would best meet their needs as a community and empower their membership,” said Fredericks, who directs the American Indian Law Clinic at Colorado Law. “In the end, that’s a lot of what practicing Indian law is about.”

Bernadette Cuthair, the reservation’s community services division director, said the polling place in Towaoc was important to the reservation. There are 1,087 people who live on the reservation, and 637 are registered to vote.

Peter Ortego, the tribe’s general counsel, said the closing of the polling place was not well communicated. “I think this will come as a surprise to many tribal members, not to mention people throughout the county. The public notification effort has been very poor, in my opinion,” he said.

Fredericks and law students Derik Goatson ('17), Johanna Kron ('17), and Julia LaManna ('18), in collaboration with the tribe, decided that a webinar could communicate information about the new voting process so that people on the reservation would continue to vote.

“Native Americans don’t vote as much as the rest of the population,” Fredericks said. “If they aren’t voting in the national election, that’s problematic.”

The webinar explains how to register to vote, provides voting and mailing instructions, and identifies the closest polling places and who to contact with complaints. The students also worked with Native Vote and Common Cause—nonpartisan groups focused on voter awareness—to create the video and a handout summarizing the information.

Through the project, the students learned how to communicate information in a clear and concise way, much like a lawyer would share facts with a client.

“We really had to think carefully about how to tailor information for someone else and think about what is relevant to them. We wanted to make it as simple as possible and that takes imagination,” Goatson said.

Added Kron: “We needed to get rid of the legalese and wanted to translate the process into English. A lot ended up on the cutting room floor.”

The project was funded through a CU Outreach Award, which supports programs that connect research, teaching and creative work with public needs in ways that impact communities.