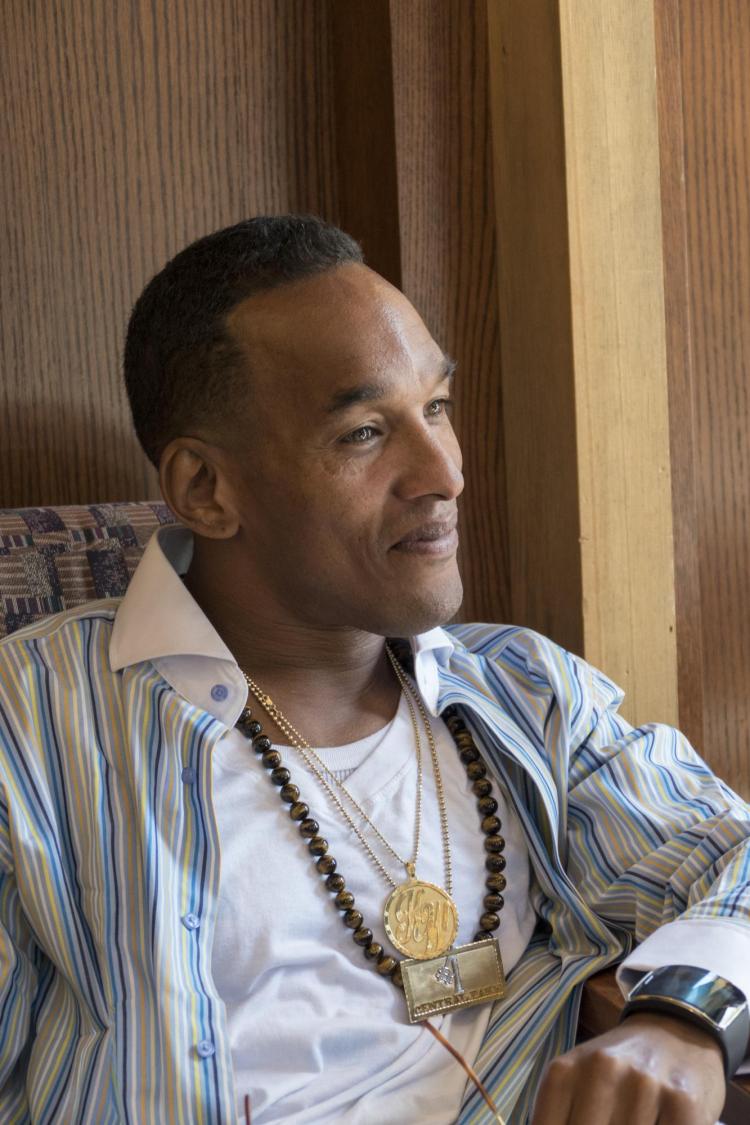 A man exonerated in a high-profile case in which five New York City teenagers were wrongly convicted has pledged $190,000 to support the Innocence Project at the University of Colorado Law School.

The Korey Wise Innocence Project at Colorado Law, now named for the donor, is a student-led volunteer program that investigates claims of wrongful convictions after traditional methods of appealing a conviction have failed.

Wise’s gift funded the hiring of a full-time program director and provides financial support for the program’s investigative work. On average, the program at Colorado Law receives 25 letters a week from those seeking help with appeals and has approximately 200 applications in review.

“We don’t have the perfect legal system. We know innocent people get convicted, so that creates an obligation to figure out who among us have been wronged,” said Colorado Law Clinical Professor Ann England, who volunteers with the program. “Korey’s gift gives students a face and a name to what it means to be wrongly convicted, and the Innocence Project at Colorado Law is an important educational tool that allows our students to work on real investigations of cases.”

“More students are interested in the Innocence Project than ever before after hearing Korey’s story,” Martinez said. “It’s just so compelling. I think it really shows his character that Korey wants his name associated with something that matters and with something that is good.”

In 1989-90, Wise and four other black and Latino teenagers were arrested, tried and convicted of charges stemming from the brutal attack and rape of a female jogger in New York City’s Central Park, chronicled in “The Central Park Five” documentary by award-winning filmmaker Ken Burns with David McMahon and Sarah Burns.

The oldest defendant at 16, Wise was tried as an adult in the racially charged case and sentenced to five to 15 years. In 2002, the true rapist confessed to the crime, which DNA testing confirmed, and the Central Park Five were exonerated. In late 2014, a federal judge approved a $41 million settlement in which each defendant received roughly $1 million for every year he was wrongly imprisoned.

Wise ultimately spent 13 years and four months incarcerated for a crime he did not commit. This gift to the Innocence Project at Colorado Law is Wise’s first major philanthropic gift.

“Korey is very happy to be able to give back to the community; it is something that he has always wanted to do,” said Jane Fisher-Byrialsen, Wise’s attorney. “Innocence work is obviously of the utmost importance to him. He looks forward to seeing the program grow and knows that he invested in an excellent program at an exceptional law school.”

Colorado Law students Jennie Sisk ('16) and Kate Mattern ('16) are volunteers with the Innocence Project at Colorado Law, and both said the organization’s work in criminal law drew them to attend CU-Boulder.

“Korey is inspiring,” Sisk said. “Despite being jailed for so many years, he chose to believe and fight for his innocence, and now he is choosing to move forward by helping others in a situation like his.”

Earlier this fall, Wise shared his experience with Colorado Law students at a private event on the CU-Boulder campus, and plans are in the works for a significant Innocence Project event later in 2016.

“Innocence is everyone’s issue,” said Mattern. “This is a great opportunity for students to learn, no matter what side of the law you are on.” 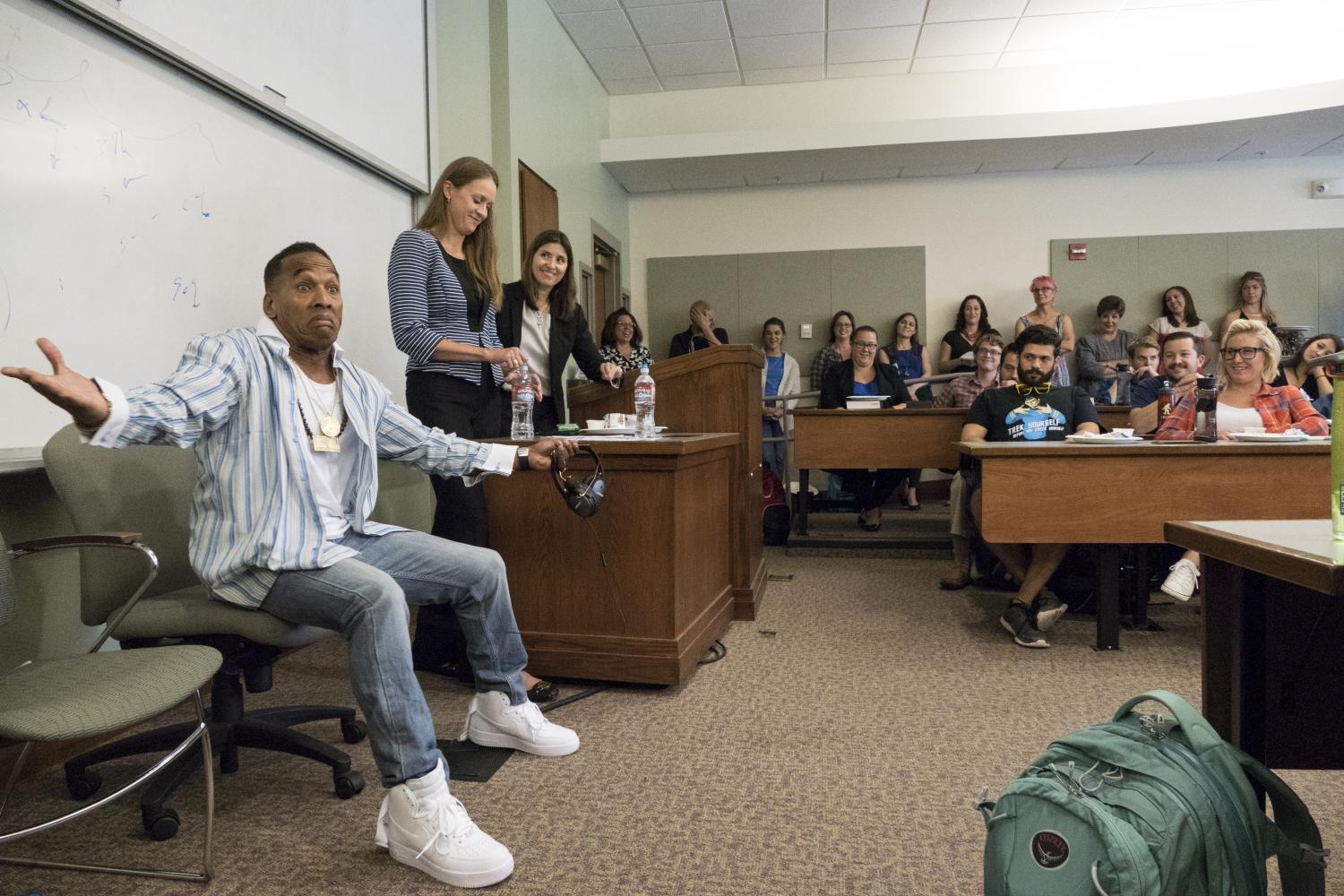 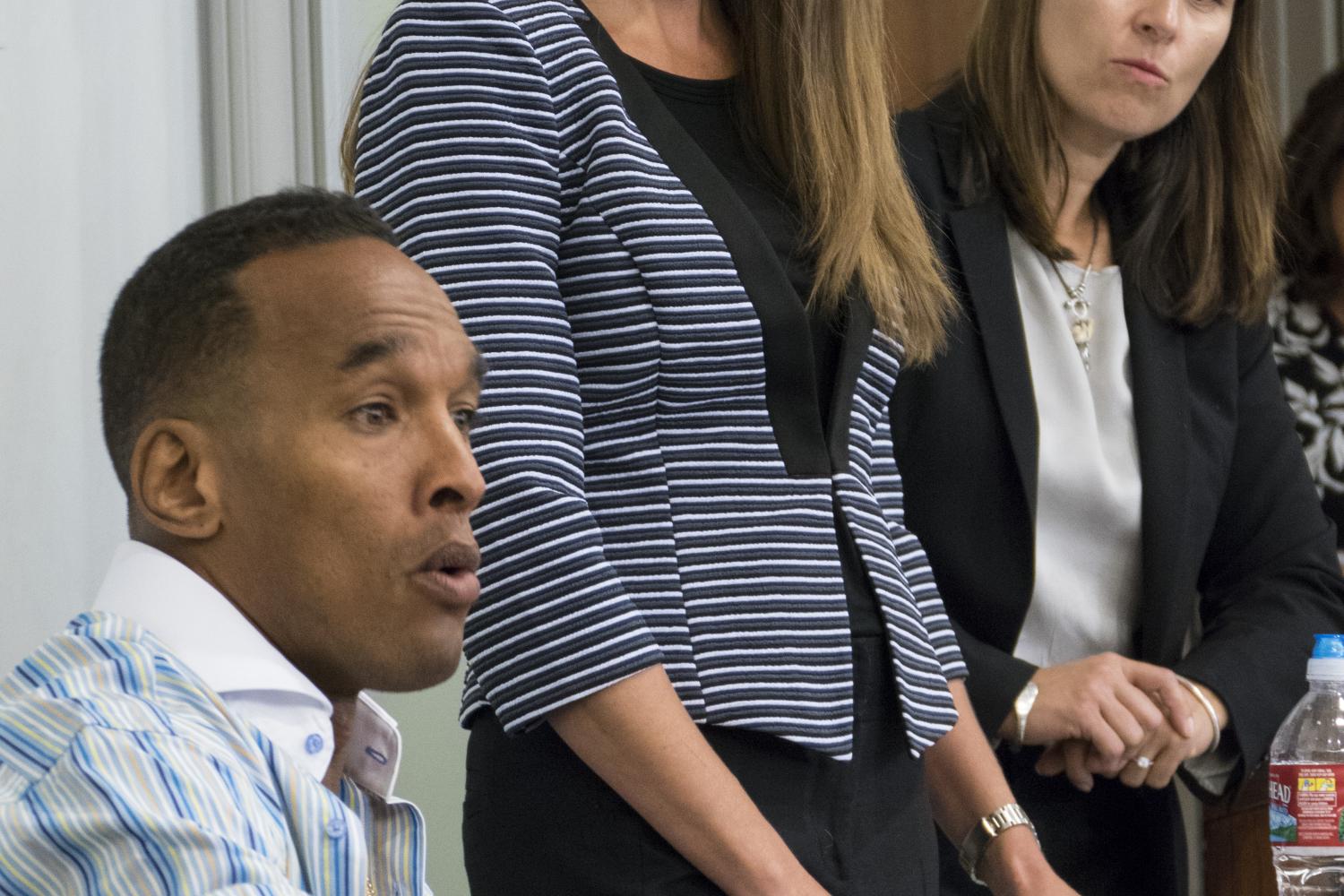 In September 2015, Korey Wise visited the University of Colorado Law School to speak in front of a packed room of students, faculty, and staff about his experiences. 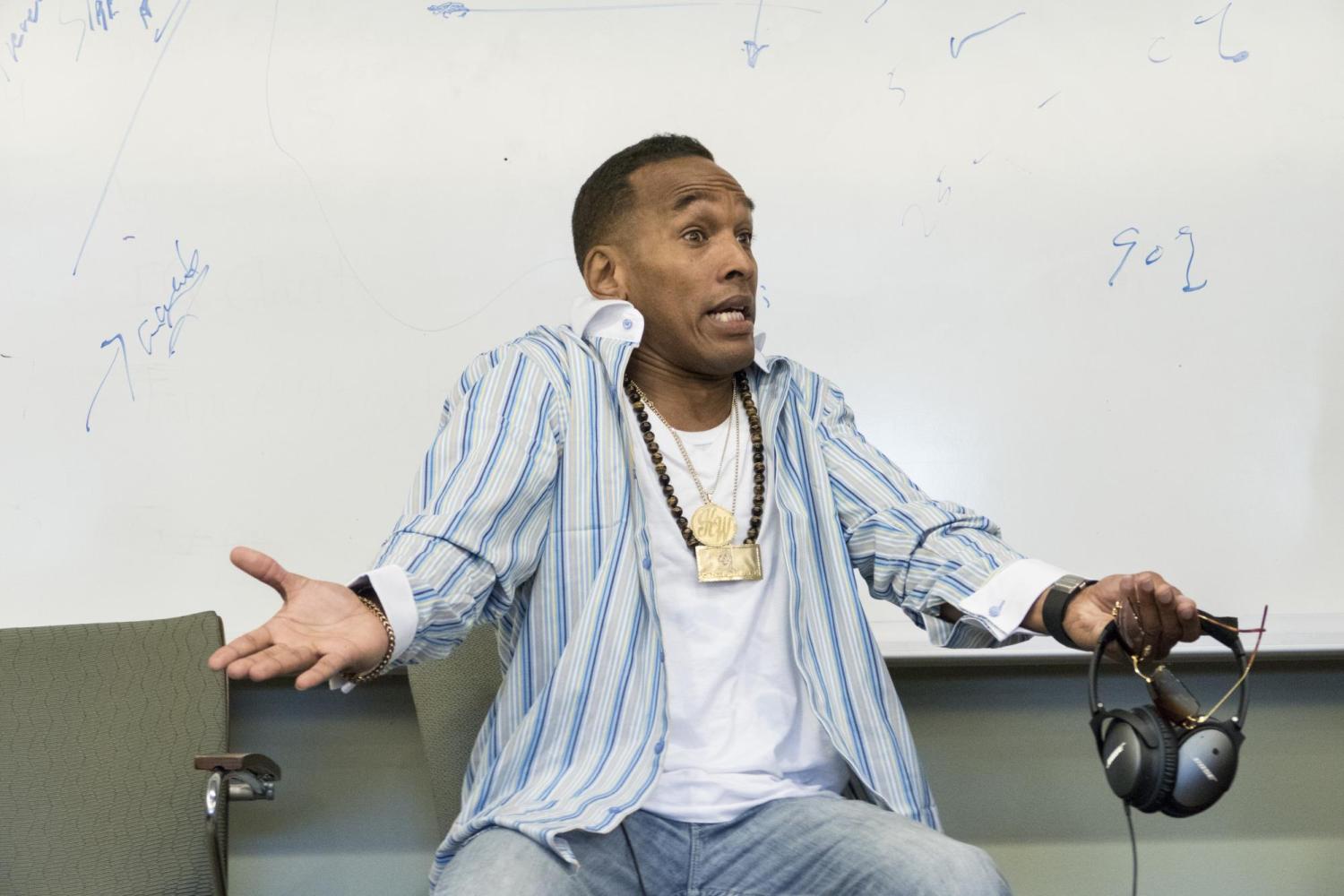 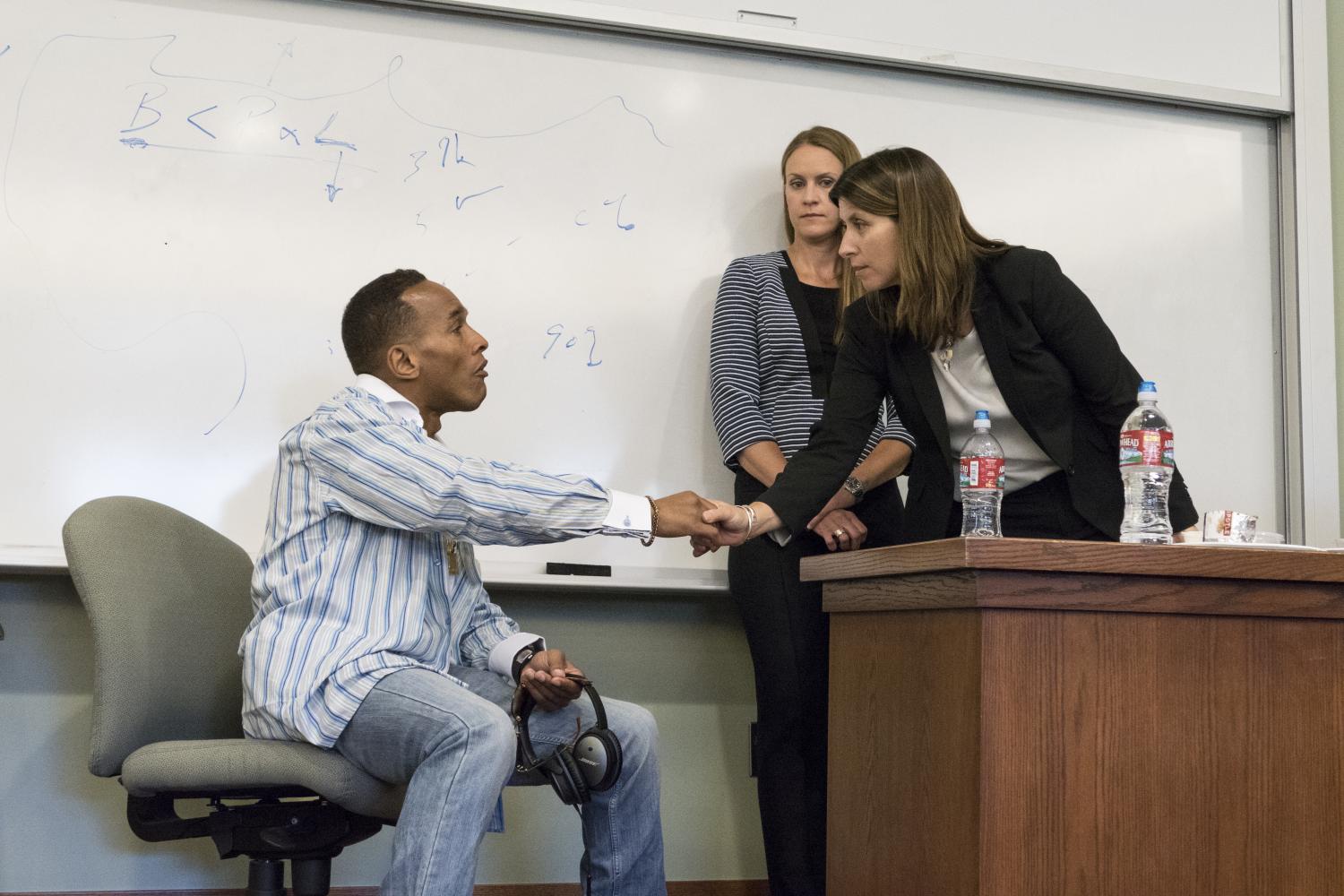 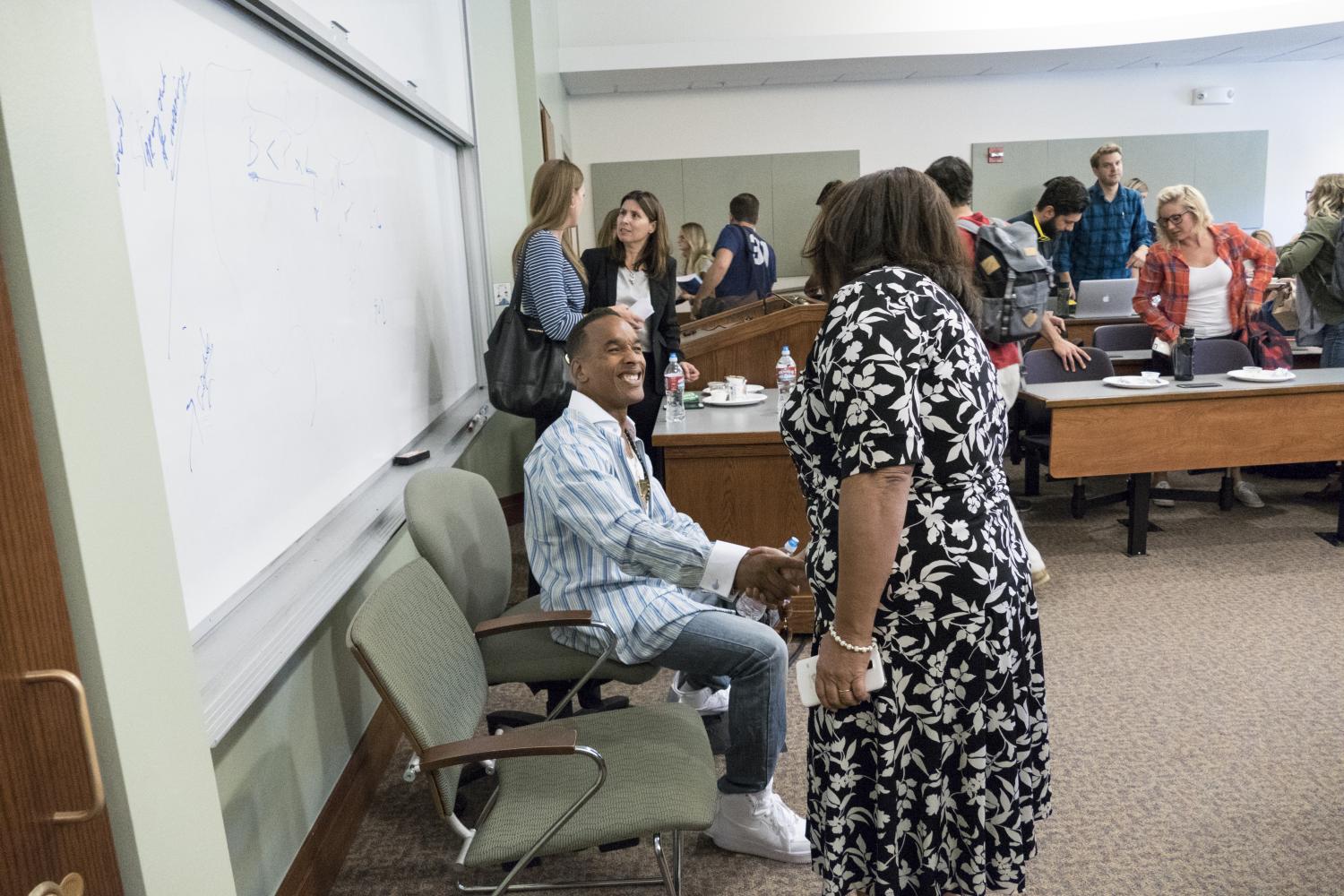 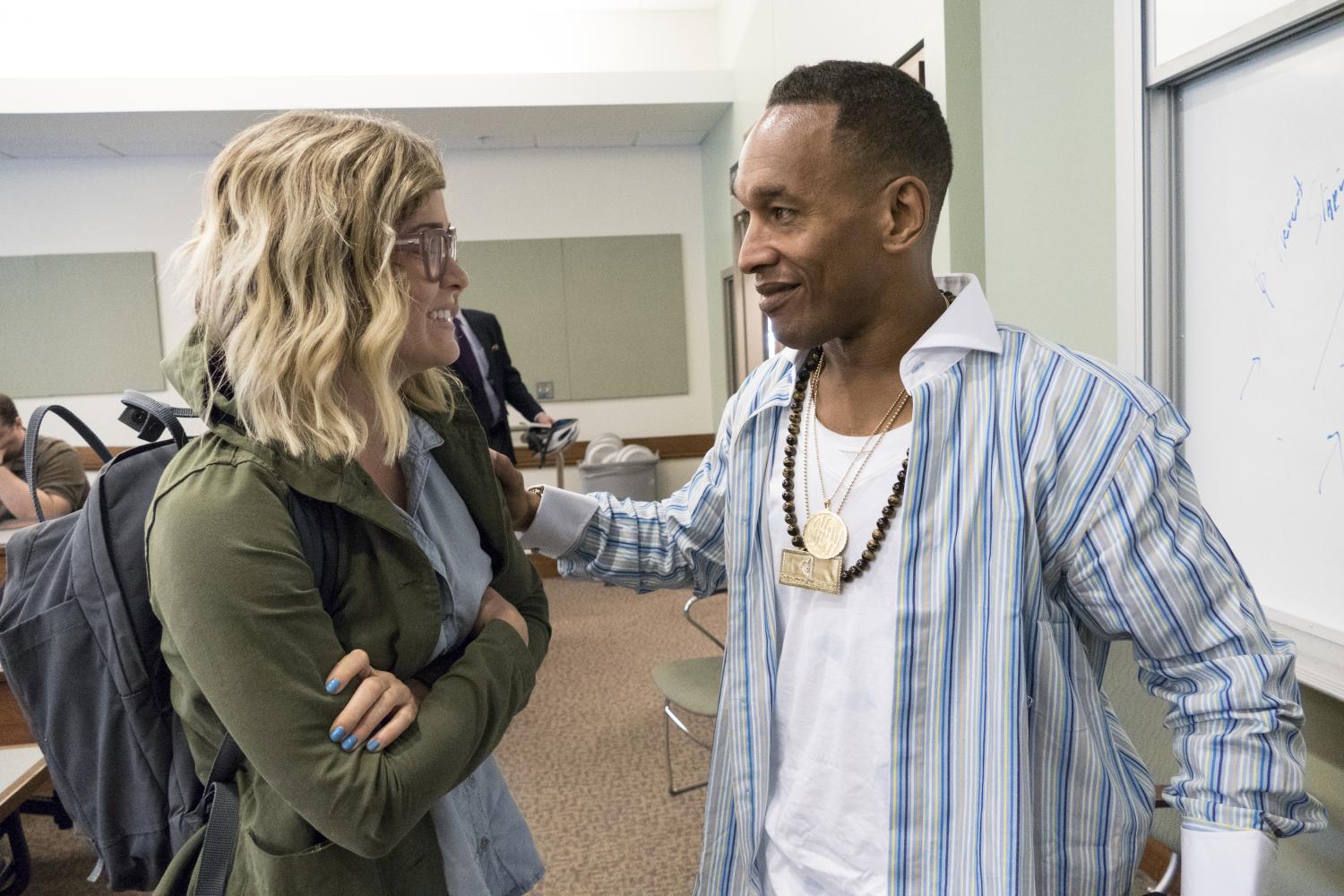 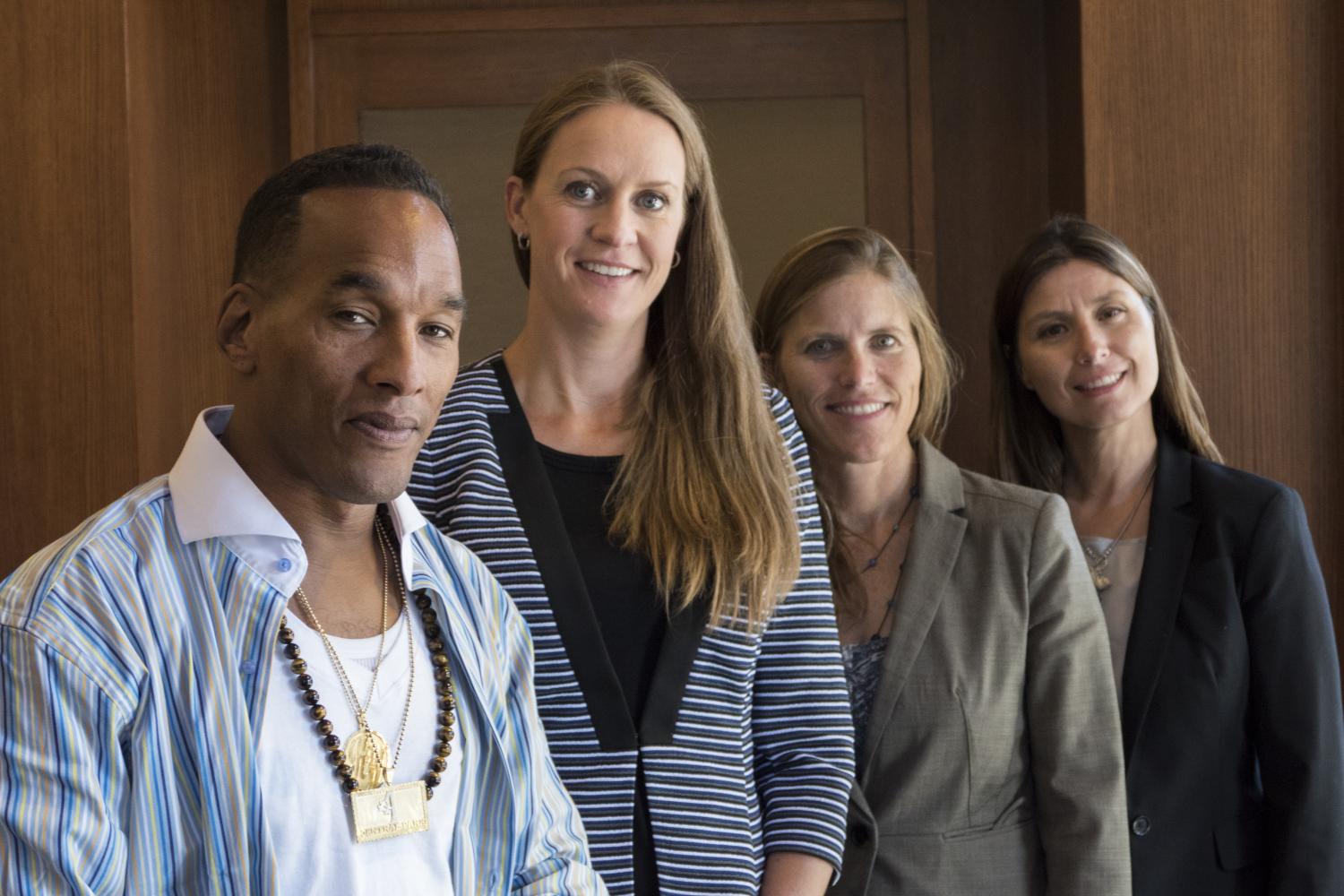 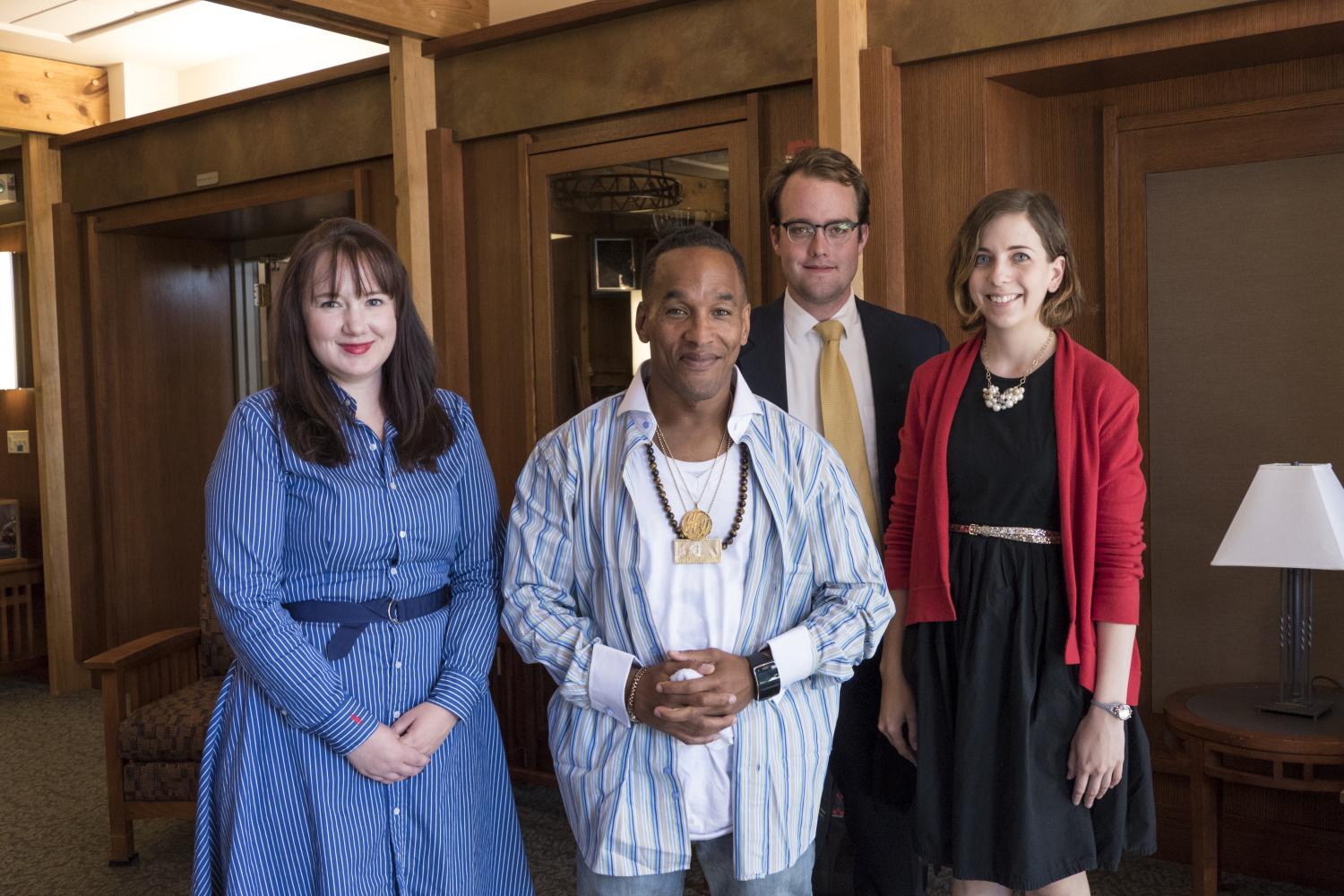 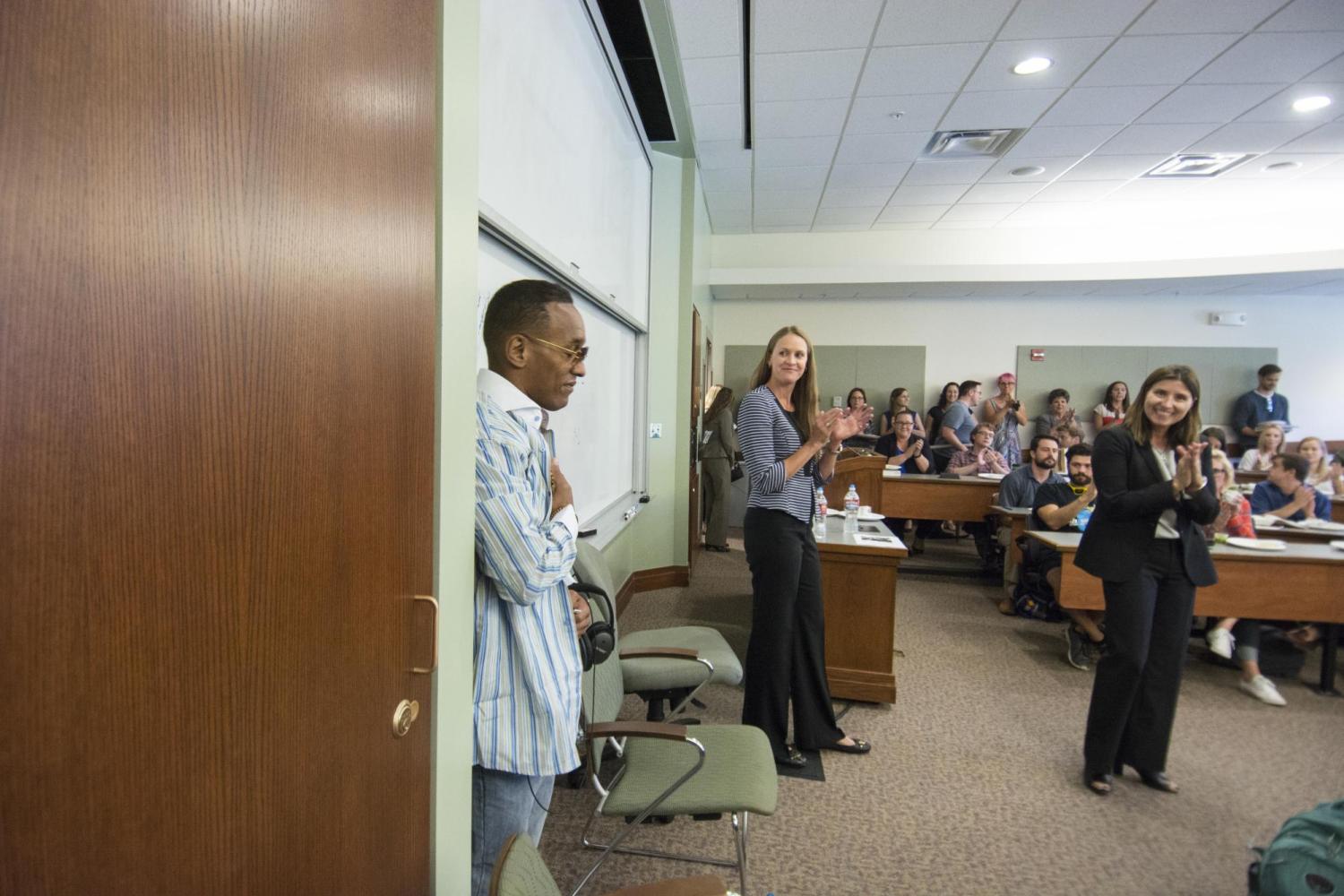