Race and the Law Series

In September 2020, Colorado Law launched Race and the Law, an interactive virtual lecture series focused on the relationship between race and the law, with the objective of generating thinking about the barriers to and possibilities of the law serving as a vehicle of racial justice. Open to law school students, alumni, faculty, staff, and the broader community, each session includes time for small-group discussions to spark ideas for action. The series will run through 2021.
The Race and the Law series is part of Dean Anaya's Anti-Racism and Representation Initiative. Announced in July 2020, the yearlong initiative includes a broad range of actions and programs to confront racism and advance greater inclusion in legal education and the legal profession. 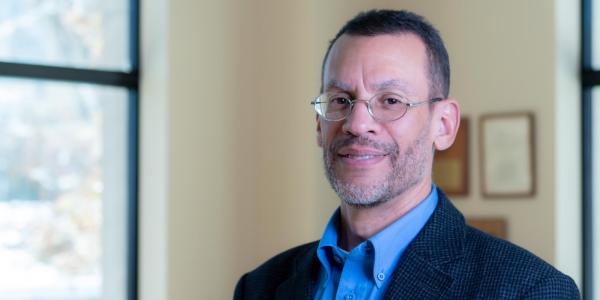 The Diversification of Inequality: The Question of Class and the Politics of Inclusion

Professor Ahmed White will explore how in recent years, “diversity” and “inclusion” have taken hold as governing precepts of “social justice” activism and given new meaning to civil rights and renewed relevance to the quest for social equality. But these concepts have also emerged as ways of justifying the extraordinary economic inequality that defines our times, as they counsel legal and political reforms that accept the essential legitimacy of the structures that underlie economic inequality and are preoccupied with making those structures more representative.  In this way, diversity and inclusion have served less as means of advancing genuine equality than as methods for lending the appearance of democracy to a fundamentally undemocratic social order.

This program of diversifying inequality has its roots in a reconciliation of leftism with the politics of liberalism in New Deal and Postwar America, and likewise in a fateful dispute within the civil rights movement that ended with an initial push for structural economic reform sidelined in favor of an approach to racial justice premised, instead, on private litigation, individual rights, and the principles of antidiscrimination. It draws essential support from a class of affluent minorities and women that it helped create. And it is fully realized today in the great success with which powerful corporations, oligarchs, and privileged professionals use diversity and inclusion to assert their own legitimacy and rule over the workplace, the cultural sphere, and the political order.

Clinical Professor Ann England and Anne-Marie Moyes, director of the Korey Wise Innocence Project, examined the role of race in wrongful convictions. They explored why they happen more to people of color, how race informs the lack of adequate reforms, and why exonerations take longer for Black versus white defendants. Wrongful convictions occur at significant rates and disproportionately affect communities of color. Scholars have identified various factors that contribute to wrongful convictions in studying hundreds of exonerations from the past three decades. Yet, progress has been slow in addressing the police practices, flawed forensic science, prosecutorial misconduct, and underfunded indigent defense at the root of most wrongful convictions.

Racial Implications of Injustices in Food and Agriculture

Read More
Professor Alexia Brunet Marks and postdoctoral research fellow Hunter Knapp ('20) traced the history of structural racism in agriculture in Colorado focusing on disparate treatment for racial and other minorities. They explored disparate labor protections for farmworkers and disparate health and safety protections for meatpacking workers. While the Biden administration has signaled a new Occupational Safety and Health Administration (OSHA) emergency labor protection standard, this is one among other options that will be contemplated. Systemic racism in agriculture has resulted in disparate protections for the minority workers who plant, harvest, and process the food we eat. Compared to workers in other economic sectors, farmworkers have been historically excluded from labor protections that guarantee a minimum wage, overtime and the right to unionize. Even for agricultural workers in meatpacking who qualify for labor benefits above, other injustices, like disparate health and safety protections have negatively impacted the lives of ethnic minorities, which have become more acute during the pandemic. These disparities became more acute during the pandemic. For instance, the U.S. meatpacking industry has long relied on vulnerable populations to fill its workforce: immigrants, refugees, people of color, and those with few other opportunities. During the pandemic, as meatpacking plants became hotbeds for the novel coronavirus, employees and their families used the courts to force employers to implement safety measures to prevent the spread of COVID-19. Lawsuits emerged claiming negligence, public nuisance, and wrongful death, in addition to fair labor and standards violations and failure to issue an Emergency Temporary Standard.

Criminalizing Race: A Practitioner’s Perspective on Policing and Mass Incarceration

Read More
In this lecture, Tyrone Glover ('09), a civil rights and criminal defense lawyer at Killmer, Lane & Newman, LLP, explored the link between the Black criminal inferiority narrative and the making of modern American systems of policing and criminal justice. Mr. Glover’s lecture focused on the history of slavery, Black subjugation in the Jim Crow South, the excessive arrest rates and overrepresentation in Northern cities and prisons following the great migrations years, and the fallout from decades of war on crime politics and their corresponding laws. He offered insights from his on-the-ground experience as a former state public defender, current civil rights and criminal defense lawyer, and social justice advocate. Lastly, he offered insights as to how lawyers can seek to meaningfully change these modern-day manifestations of centuries of oppression. This installment of the Race and the Law series was presented in partnership with the Sam Cary Bar Association and Colorado Law’s Black Law Students Association.

Race and Religion: A Case Study on Indigenous Peoples in the United States

Read More
In this virtual presentation, Professor Kristen Carpenter explored the U.S. Supreme Court’s recent solicitude for religious freedom claims arising under the First Amendment and the Religious Freedom Restoration Act. Despite the current mood, however, the court is still sitting on precedents denying religious freedoms to American Indians. The key cases are 30 years old and their legacy is mixed at best. Indigenous peoples’ religious freedoms remain uniquely vulnerable as evidenced by recent cases upholding government destruction of Indigenous peoples’ religious sites. Professor Carpenter reviewed the legal history of governmental suppression of Indigenous peoples’ religions in the U.S., and considered the potential for reform based on a human rights approach to religion as in the United Nations Declaration on the Rights of Indigenous Peoples. This installment of the Race and the Law series was presented in partnership with the Native American Law Students Association and Native American Rights Fund.

In this lecture, Professor Helen Norton will examine different interpretations of the Equal Protection Clause and their impact on racial inequality. It wasn’t until the Fourteenth Amendment’s ratification in 1868 that the Constitution included an explicit textual commitment to equality. Contemporary debates over the meaning of the constitutional term “equal protection” often turn on the choice between anti-subordination understandings of equality law (think, for example, of Justice Harry Blackmun’s statement that “In order to get beyond racism, we must first take account of race. There is no other way”) and anti-classification approaches (recall, for instance, Chief Justice John Roberts’ statement that “The way to stop discriminating on the basis of race is to stop discriminating on the basis of race”). This talk will examine when and how the distinction between these approaches makes a difference in courts’ and policymakers’ ability to address structural inequality.

Read More
In this talk, Professor Chapin discussed the traumatization and impact of the criminal legal system that disproportionately affects noncitizens, asylum seekers, Black, brown, and impoverished communities. The cruelty of locking children, adults, and immigrants into jails in the United States has become ordinary, to the point that it is accepted as a way of life. In a time of mass protests against police violence and a reckoning with systemic racial discrimination, coupled with a pandemic that brutally swept through our nation’s crowded and dirty prisons, it may finally be the time for America to change its approach to policing and punishment. Professor Chapin expanded on the national disgrace of mass incarceration and steps to dismantle a system that is horrifically extraordinary.

Tackling Racial Bias in the Midst of a Global Pandemic: The City’s Response to Covid-19 – Legal Aspects of Public Health Orders, Compliance, and Enforcement

In his lecture, Dean Anaya discussed how race and the idea of equality have played out in federal law, through the lens of several U.S. Supreme Court and other appellate cases. He examined the extent to which racism and its legacies are still present or enabled in federal law and judicial decision-making, and discussed how law’s call to equality can be a rival but not always sufficient force. Finally, he highlighted the need for an energized anti-racist stance by all legal professionals, in as much as each one may influence or determine the law’s content and application.