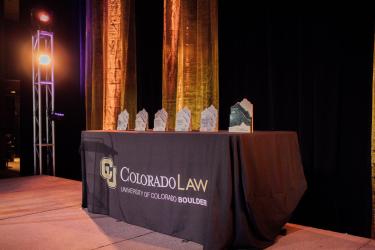 All over the world, graduates of Colorado Law are enriching their communities and exemplifying the values of this institution. At the Alumni Awards Banquet, the school’s signature alumni event, the Law Alumni Board has the opportunity to award recognition to extraordinary individuals for their contributions to the legal profession, service to their communities, and dedication to the law school.

“Colorado Law alumni so often lead the pack when it comes to service to the community and demonstrating excellence in our profession,” said Law Alumni Board Chair Michael Carrigan '94. “That’s what makes selecting a small number of alumni to honor so challenging. We are thrilled to recognize these six individuals as truly outstanding representatives of Colorado Law.”

The six will be recognized at the 42nd annual Colorado Law Alumni Awards Banquet on Thursday, March 16, 2023, at the Seawell Ballroom at the Denver Center for the Performing Arts.

The Law Alumni Board nominations committee accepts nominations for awards year-round with a deadline of July 30 each year. The board votes on award recipients in the fall. Read more about this year’s extraordinary awardees below. 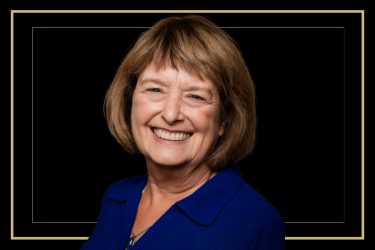 Beth Crane moved from New York City to Colorado in 1975. Displaying the tenacity that has been the hallmark of her legal career, Crane enrolled as an “older student” and single parent at CU Law School in 1976. After graduating in 1979, she clerked for Justice James K. Groves at the Colorado Supreme Court, and then learned trial skills in the Denver District Attorney’s Office. There she met Alex Tejada, an attorney in the Public Defender’s Office. Soon after, she and Tejada moved to Durango and became Western Slopers, appreciating Colorado rural life with their blended family.

In 1982, Crane entered private practice. In 1992, she and Tejada partnered to create the firm Crane & Tejada, P.C., emphasizing workers compensation, personal injury, and criminal defense. After Tejada’s death in 2012, their son Beale Tejada, CU Law class of 2012, left the Colorado Springs Public Defender’s office to join the firm. Crane is privileged to have spent her 43 years as a lawyer working with family members to represent injured workers and persons in Southwest Colorado.

Crane has had a significant impact on the Colorado legal community. She has enjoyed working with colleagues in local and state bar association endeavors and on multiple Judicial Performance Commissions. She has been especially active in encouraging attorney pro bono participation and working with local and state Legal Aid boards. Currently, she serves on the Colorado Access to Justice Commission. She has served on the Colorado Law Alumni Board and has hosted many receptions for the law school deans as they visited Southwest Colorado. She cherishes the years spent working as an appointee on the Colorado Supreme Court Grievance Committee, Attorney Regulation Committee, Advisory Committee for Attorney Regulation, the federal District Court Magistrate Judge Selection Panel, the U.S. District Court Committee on Conduct, and various other committees. She has also served on numerous local boards and non-profits in Durango.

Crane is currently “gliding” towards exploring retirement and enjoying even more time with her treasured four sons, daughters-in-law, grandchildren, and sisters. 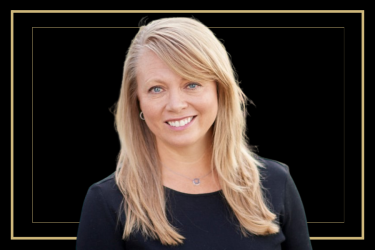 Jennifer Evans is a HealthCare Shareholder at Polsinelli, an AM Law 100 firm, where she is also the Managing Partner for the Denver office. In her legal practice, she represents health care providers focused on fraud and abuse, Medicare and Medicaid reimbursement issues, payor disputes, including defending state and federal false claims act allegations, and regulatory compliance.

In addition to legal practice in law firms and in house at Fortune 500 health care companies, Evans brings legislative and operational experience to health care matters. She previously served as Deputy Director of the Colorado Department of Health Care Policy and Financing (Medicaid) and on Medicaid workgroups for the National Governors' Association Center for Best Practices. Evans also has experience representing nonprofit and for profit health care organizations before Congress and the U.S. Department of Health and Human Services.

Prior to legal practice, she worked on Capitol Hill as a Legislative Director in the U.S. Senate and as a Legislative Assistant for health care in the U.S. Senate and the U.S. House of Representatives. In Colorado, Evans was most recently a member of the Transition Subcommittee on Health and Human Services for Colorado Governor Jared Polis. Her government and private sector experience contributes to additional options for clients seeking resolution of disputes or expanded opportunities.

Evans currently serves as a Director on the boards of the American Health Law Association, Denver Public Schools Foundation, and the Denver Metro Chamber of Commerce. A Colorado-native, she is thrilled to have brought her health care career home in the Denver office of Polsinelli. 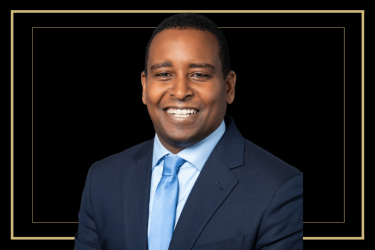 Congressman Joe Neguse represents Colorado’s 2nd District in the U.S. House of Representatives. He was elected to his first term in November 2018, becoming the first African-American member of Congress in Colorado history. He serves as a member of the House Judiciary Committee and Natural Resources Committee, and was elected by his colleagues to serve as a member of House Democratic Leadership in the 118th Congress, as Chair of the Democratic Policy and Communications Committee (DPCC). The Center for Effective Lawmaking has previously ranked Congressman Neguse among the top 10 most effective lawmakers in Congress, including as the most effective for legislation on public lands.

Before his career in Congress, Rep. Neguse practiced law at Holland & Hart LLP, and then went on to serve in the Governor of Colorado's Cabinet as the Executive Director of Colorado's consumer protection agency. As one of the youngest people to serve as a state-Cabinet secretary, he achieved key victories, including the recovery of millions of dollars for consumers, investigations culminating in significant financial-fraud cases, and the championing of legislation to combat financial fraud against seniors. 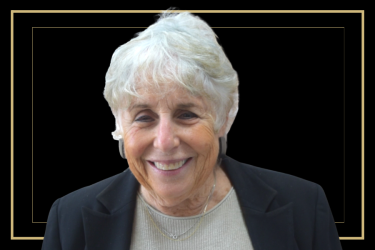 Betty Nordwind has devoted her legal career to social justice issues. She has been on the forefront of efforts championing the rights of the poor, disabled persons and women.

Hired to manage the Harriett Buhai Center of Family Law in 1987 as its Executive Director, Nordwind has overseen its growth from a fledging office of 4 persons and less than 35 volunteers to a strong community institution of over 20 staff members and 300 volunteers providing in excess of 28,000 hours of legal service to more than 1,000 very low-income persons in Los Angeles a year. Under Nordwind’s tutelage, the Center has trained hundreds of lawyers and law students, filed several significant lawsuits, engaged in other advocacy directed to eliminating barriers to the courts and undertaken legislative efforts to change child support laws and practices in California and Los Angeles. Under her direction, the Center opened doors to the promise of family law and donated volunteer assistance to low-income community college students and incarcerated mothers.

In 2014, Nordwind was honored by the State Bar of California with the prestigious Loren Miller Legal Services Award, a lifetime achievement award recognizing her long-term commitment to providing legal services to very low-income individuals and families. Her crusade for the rights of the poor and disenfranchised precedes her accomplished legal career and began when she was just a teen. 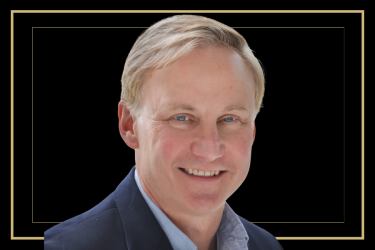 The Honorable Donald S. Quick grew up in Wheat Ridge, Colorado and received his degrees in Economics and Law from the University of Colorado. He met his wife Kerrie at law school, and they have been married for 35 years. They have two grown sons—one is finishing his PhD and the other is a talented musician. That explains why he is still working.

Quick was appointed to the District Court bench in December 2014, and, in December 2020, was then appointed as the Chief Judge for the 17th Judicial District. Judge Quick has been in public service for over 30 years. He previously was the elected District Attorney for the 17th Judicial District, and he served as the Chief Deputy Attorney General and Deputy for Criminal Justice under Ken Salazar at the Colorado Attorney General’s Office. While in private practice, Quick was with the Denver law firms, Beatty & Wozniak, and Burns, Wall, Smith and Mueller.

Judge Quick was previously selected to serve as President of the District Court Judges’ Association, the Colorado District Attorneys’ Council and the Adams County Bar Association. He also served on the Board of Governors for the Colorado Bar Association. Quick has been a trial advocacy instructor for both CU and DU Schools of Law, and for the National Institute of Trial Advocacy, this included instructing NITA courses on the Navajo and Oneida Nations. He also served on Dean Weiser’s Advisory Committee for the CU School of Law.

Throughout his career, Judge Quick has advocated for keeping kids in the classroom, so they stay out of the courtroom. He has served on the Board of Directors for numerous non-profit organizations, including those serving unhoused families and at-risk youth. He also served on the Foundation Boards for Mapleton and Westminster Public Schools. Judge Quick is proud to be a founder of Safe-2-Tell and the Adams County Youth Initiative. 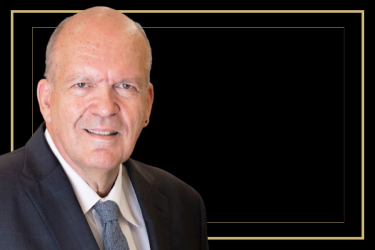 Bill Callison works in close partnership with clients in the affordable housing industry to implement creative equity and debt financing on projects in Colorado and around the country. He provides strategic legal solutions for affordable housing transactions and has represented clients on hundreds of low-income housing tax credit projects from Alaska to Florida. He also has substantial experience navigating New Markets Tax Credits, federal energy credits, and historic rehabilitation tax credit deals.

Callison is a preeminent practitioner in LLC and partnership law and is an authority on laws governing fiduciary duties. He advises clients in forming and financing business entities; on corporate and partnership mergers and consulting on acquisitions; and dissolution and dissociation. He is also sought-after as a consulting or testifying expert witness in corporate, LLC, partnership, contract, professional malpractice, and related legal matters.

Prior to joining Holland & Hart, Callison spent 25 years at a large multinational law firm. He authors two major legal treatises, writes and speaks prolifically, and has served on law faculties at the University of Colorado Law School, The University of Kentucky J. David Rosenberg College of Law, and the Tilburg Law School (Netherlands), among others.