Colorado Law's Sustainable Community Development Clinic (SCDC) has played a vital role in a major victory for the residents of Parklane Mobile Home Park. The SCDC helped community supporters of the residents of Ft. Collins mobile home park form a new non-profit to purchase the park when it went up for sale. The purchase will preserve a critical source of affordable housing in Fort Collins and provide a pathway towards resident ownership. 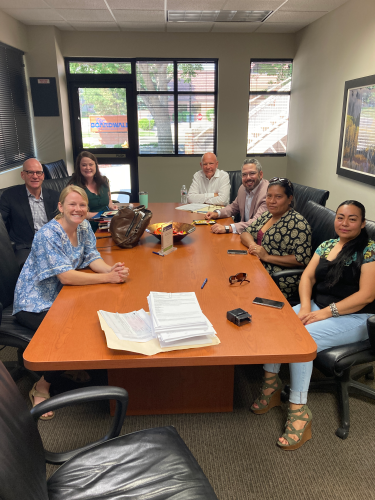 The SDCD’s first step in supporting the purchase of the Parklane Mobile Home Park was to form a new nonprofit, known as United Neighbors/Vecinos Unidos. However, the Clinic’s role began much earlier when it provided technical advice and guidance on the O2P statute in 2020.

Under the expert guidance of Professor Deborah Cantrell, SCDC students handled initial research and drafting of a model bill. Now, over two years later, residents in Parklane were able to celebrate their great achievement and announce that the community will be renaming itself “Nueva Vida Mobile Home Park.”

"We are thrilled for the residents of Nueva Vida Mobile Home Park," remarked Professor Cantrell. "Affordable housing has never been harder to come by in our region. It is extraordinary that students at Colorado Law are able to help facilitate such significant change while in law school, and in doing so, experience the game changing power of the practice of law."

Learn more about the purchase of the Nueva Vida Mobile Home Park here.