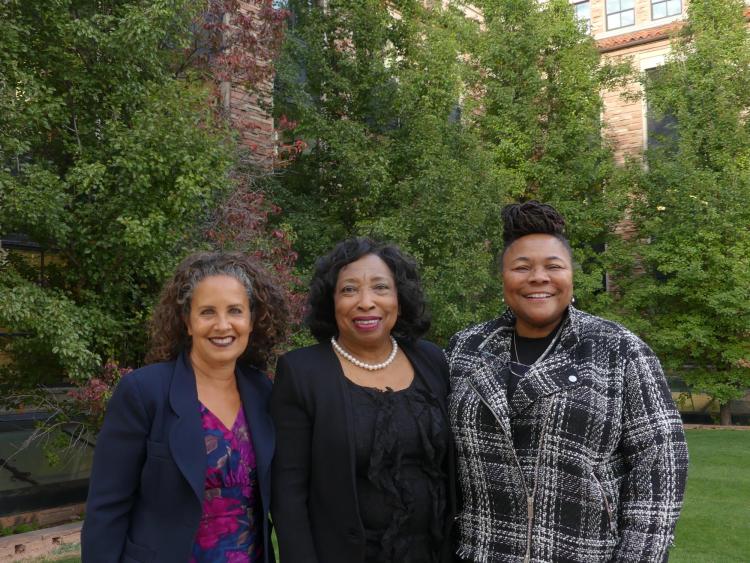 Celebrating its tenth anniversary, the 2021 John Paul Stevens Lecture took place on October 19 virtually and in-person at the University of Colorado Law School. The Honorable Bernice B. Donald of the United States Court of Appeals for the Sixth Circuit spoke on defining the “Rule of Law.”  Opening remarks were given by Dean Lolita Buckner Inniss, Professor Suzette Malveaux, director of the Byron R. White Center and Provost Professor of Civil Rights Law; and Kathryn A. Starnella, president-elect of the Colorado Women's Bar Association, a co-sponsor of the event.

In her lecture, Judge Donald reflected on the judiciary and the legal system as she prepares to take senior status. Before the backdrop of the Memphis Massacre of 1866, Judge Donald spoke about the hope that the law would someday be viewed as a system that was applied equally to all people. In a symbolic story, Judge Donald told the crowd of one of her earliest experiences as a judge in Mississippi. On her first day as a judge, she, a Black judge, had two Black clerks, a Black bailiff, Black guards, a Black prosecutor, and a white male defendant. Judge Donald recalls that the defendant, having walked into a courtroom where no one looked like him, asked for a continuance, which she granted. When the defendant returned weeks later, Judge Donald recalls that he had a Black attorney with him. Judge Donald grappled with the fact that the defendant may have felt he could not have received a fair chance because he was white and everyone else in the courtroom was Black. After this experience, Judge Donald asked to diversify her courtroom. The takeaway of this experience was that the perception of justice is just as important as justice itself. That is to say, that in defining the “Rule of Law,” we must not only look at how the law impacts “our” people, or people that look like us, but rather all people. 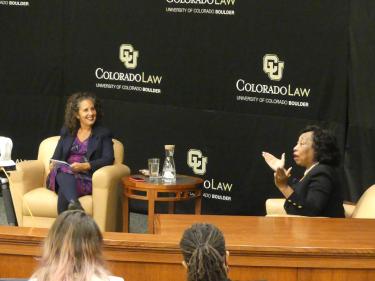 During the fireside chat with Professor Malveaux, Judge Donald told many short stories, all of which centered around the importance of the perception of justice and the “Rule of Law.” She grappled with the critical question: How do we as a society come to agree on what “Rule of Law” means? A woman of many firsts, Judge Donald has become accustomed to the public gaze. Addressing the perception of herself as a “dissenting judge,” Judge Donald spoke both to the importance of collegiality and to the importance of having her voice heard, referencing Justice Harlan's dissent in Plessy, in which it took 50 years for the dissent to become the majority. Speaking on courage, Judge Donald told the audience about her parents who grew up with far fewer opportunities than she did and how, because of that, she had the courage to go forward. She recalled the words of her mother: “You are just as good as everyone else.”

Jude Donald’s insights into the legal profession were brought to the forefront as student leaders asked her questions ranging from what her decision-making process looks like and how it has changed over the years to how the tensions between the First Amendment and civil rights should be resolved. When she was asked if she thought whether Black women have truly made progress in the legal field since the 1960s and 70s, or if she still thinks there is a long way to go, she answered, “yes and yes.” Ultimately, Judge Donald emphasized the importance of reaching back to help those who are coming after you once you have arrived at where you are going.

April Jones, president of the Sam Cary Bar Association, a co-Sponsor of the event, gave closing remarks and presented Judge Donald with a gift from the community. Following the lecture and fireside chat, there was an outdoor reception and intimate dinner with invited guests at Hotel Boulderado.

In the days following the Stevens Lecture, April Fortner, student and Fellow of the Byron White Center says, “My biggest takeaway was to go for your goals, even if the road is long and hard. Persevere, don't give up. She faced an incredibly challenging road to get where she is, and I am truly inspired by Judge Donald.” Watch a recording of the 2021 Stevens Lecture